An uneasy choice, name or Nato? 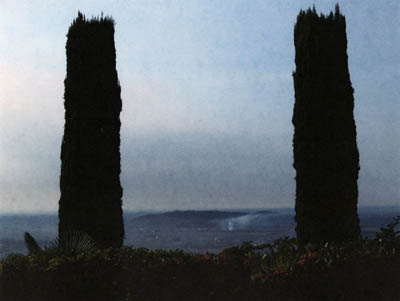 As time to the NATO summit in Bucharest closes in the 16-years long dispute between the Republic of Macedonia and Greece over the name "Macedonia" is entering a critical phase. Both sides increase speed, but without compromise, the crash seems inevitable

As time closes in ahead of the North Atlantic Alliance's Bucharest Summit in April of next year, Macedonia ascertains itself of a possibly uneasy choice - change the name, or stay out of NATO.

Greece has been increasingly adamant on its threat that unless a compromise on the name reached with the "former Yugoslav Republic of Macedonia" it would block the country's entry in the Alliance.

As pressure on Macedonia rises, national media have been asking - can the country resist such pressure? Yet, for the time being it does appear that the political establishment is (unusually) consolidated and unanimous on the issue. The name is not for trade.

"We want to enter NATO a lot", said recently Prime Minister Nikola Gruevski, "but not with a broken spine".

That likely summarizes Macedonia's position. If the choice comes down to NATO or the name, the country will choose the latter. This coincides with public opinion. Even though 90% of Macedonians are in favor of enntering NATO, they would rather stay out if it means changing the name.

"The change of the name would mean once and for all accepting a philosophy of defeat which has been our destiny forever - denial of our nation, language, history. Accepting a change of the name means renouncing our right to exist", dramatically states former foreign minister Ilinka Mitreva.

She says the dilemma "the name or NATO" is not real and is a Greek product. "There are clear criteria for joining NATO", says Ms. Mitreva, "and the name is not one of those". "It is a fact that over the past five-six years Macedonia has become a NATO ally. Our membership is not a problem for the Alliance. The behaviour of one of its members is.", adds she.

"We paid a big price for the strategy we chose and we cannot give up now", says another former foreign minister, Ljubomir Frckoski. "that would mean bowing our heads in the last round. That must not happen. We have to play till the end".

In Mr. Frckoski's view, it is very important for the US to have Macedonia in the Alliance in the finale over Kosovo, which might take a year or two, and that gives Macedonia a fair chance.

Yet another Macedonian former chief of diplomacy has a more pessimistic stance. Mr. Denko Maleski, the first foreign minister of independent Macedonia, and later ambassador to the UN, thinks there is no dilemma between NATO or the name. In his view, it will be both. The country will be ushered into the Alliance and it will be forced to change the name.

"The only difference is that whereas Europe wants a fast solution in the next several months, the US seems to be giving us some time to prepare the people for a compromise. That is the time period from the issuing of the invitation, in which the US has the decisive voice, till the ratification by the Greek parliament", says Mr. Maleski. He disagrees with the common assessment that the "time is in Macedonia's favour", given that over time 120 countries did recognize the country's constitutional name.

"Time works for those who seriously work on resolving problems. We didn't do that, saying that the problem was not ours but of Greece, or that the great majority of nations do not have a problem with our name. Today we understand that the recognition of our name by 120 countries with which we do not have a dispute, weighs less than the unresolved dispute with a one member state of NATO and EU", says Mr. Maleski.

Time is too tight to mention. Macedonia wants time to continue negotiations; Greece wants a solution before entry in the Alliance, that is a solution right now. Mr. Matthew Nimitz, the UN envoy who mediates the dispute visited both Skopje and Athens beginning of December. Pleased with progress by the very fact that there actually is talking and "intensification of the process", Mr. Nimitz announced a new round of talks, possibly direct ones, straight in the new year. He insisted that there was not time limit for the talks but did state that a prompt solution is what was needed.

"I do not have a time frame, but the reality of the situation, the statements made, the NATO process, situation in Kosovo, in the EU; all of this in my view leads to the conclusion that the resolution of the issue in the short term would be much better than resolution over a long term, and that it would benefit all", stated Mr. Nimitz.

Macedonia has already entered other international organizations with the "FYROM" reference. It would be perfectly in agreement to do so also with NATO. However Greece is adamant. Greek Foreign Minister Dora Bakoyannis dismissed that as an option.

It appears there is still disbelief with Macedonian authorities that Greece would realize its threat and veto the entry. According to some Macedonian foreign ministry officials, it would perhaps only delay the ratification. Foreign officials have also pointed out that if Greece would go for a veto, it would end up facing international isolation.

Greece seems ready for that. It does seem quite certain that hopes that Greece would fail to act on its threat are vain. In the words of professor Teodor Columbos of Athens University, who actually calls for flexibility on Greek side, "there is no chance that Greek citizens would accept any government which would recognize the constitutional name of Macedonia".

Both sides seem completely intransigent. In both Macedonia and Greece the government has the support of the major opposition parties on the issue.

Greece faces the full measure of US pressure and serious bashing by its international partners. Macedonia's arm is also being twisted. In addition, after years of hope, it might stay out of NATO. If according to some that is not the end of the world, and it cannot be compared to the entry into the UN when Macedonia compromised and chose to enter with a temporary reference, for others, it is a matter of survival. "It is in this period of time a matter of our existence" says Mr. Maleski. That is perhaps a bit grim, although it is clear that there are again tough times ahead of the Balkans.