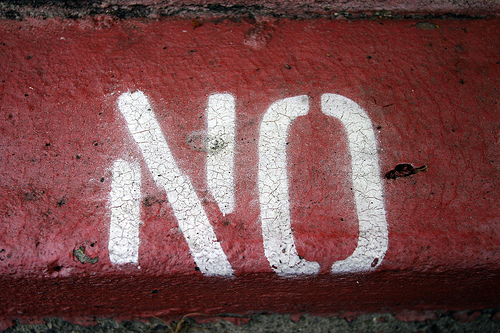 According to the European Commission, Macedonia is ready for the accession negotiations, but needs to solve the dispute with Greece first. Despite some positive signals between Skopje and Athens, like the meeting between Gruevski and Papandreou, the country expects a further disappointment

Macedonia is reliving its Bucharest syndrome. With just days away from the meeting of the European Council, scheduled for 10-11 December, when a decision should be made whether to open accession negotiations with Skopje, political fever in the country is on the rise.

In its recent annual progress report, the European Commission (EC) suggested Macedonia was ready for starting accession talks with the EU. Now the European Council must make the political decision - to accept the EC's recommendation and set a date for the opening of the talks. However, a big obstacle remains: Greece's resolve to veto Macedonia's integration until resolution of the 18-year old issue of Macedonia's name.

A similar situation occurred in spring 2008, when during the NATO summit in Bucharest, Macedonia hoped until the very last moment that something - help from allies, or a sheer miracle - would allow it into the NATO alliance despite Greece's objection. The miracle did not materialize, and Greece effectively exercised its power and kept Macedonia from joining NATO. Many in Macedonia were disappointed. The country entered a period of political crisis, which in turn led to early national elections. The stock market declined seriously in response to the excessive political gloom. The VMRO government of Prime Minister Nikola Gruevski, reconfirmed in a snap vote, reemerged with a cruder, nationalist face, perhaps as a defensive reaction to the Greek slap in the face.

The same thing is about to happen again. As 10 December approaches, the public arena discusses no other political issue except the name dispute. Newspapers, TV news, political talk shows focus on one thing. The leftwing argues that Macedonia needs to make a compromise. The rightwing accepts no concessions on the national identity.

Since the EC report, efforts have intensified to close the issue. In an attempt to use the momentum produced by the EC recommendation, the UN mediator in the name dispute, Matthew Nimetz, called a round of separate talks in mid-November with the Greek and Macedonian negotiators, Adamantios Vassilakis and Zoran Jolevski, but the talks failed. Vassilakis presented to Nimetz a Greek government position as firm as previous offers, and according to journalists' reports - since the government in Skopje did not give details officially - even firmer then usual. In return, Macedonian envoy Jolevski, according to media reports, also stood at a "cemented" position. The press in Skopje described a "dramatically worsening" trend in the negotiations.

In what can be considered historic progress, the prime ministers of the two countries, George Papandreou and Nikola Gruevski, met twice over the past weeks, once in Brussels, and the second time in Greece. Both meetings were on the sidelines of other events, but the leaders' face-to-face meetings and personal talks can nevertheless be considered a great step forward in bilateral relations and the name conflict. However, nothing tangible resulted from the meetings.

The evening before the second meeting on 27 November, Carl Bildt, the Foreign Minister of Sweden, the country currently holding the rotating presidency of the EU, flew in for a quick, informal visit to Skopje. The press reported that Bildt sat for a couple of hours with Prime Minister Gruevski and Foreign Minister Antonio Milososki. Only a general press release was issued on the meeting, with no details. Nevertheless, Bildt's effort can be seen as intensification of Brussels's involvement in the dispute, which has been exclusively handled under UN auspices.

Simultaneously, different parties suggested that Macedonia and Greece should move to direct talks, instead of working under the UN-sponsored process. At the end of October, EU parliament rapporteur Zoran Thaler suggested direct talks; in recent days, the Croatian state secretary for EU integration, Davor Bozinovic, also mentioned it. Comparisons have been made to the recent positive outcome of the Slovenian-Croatian direct negotiations.

The idea for direct talks was strongly endorsed by the EC and the European Council officials.

On the day of the second Gruevski-Papandreou meeting, EC Enlargement Commissioner, Olli Rehn, and the EU's foreign and security policy chief, Javier Solana, addressed the Macedonian public through a joint address in one of the country's major dailies, Dnevnik.

"While mediators can mediate and negotiators can negotiate, only leaders can make decisions," the two men said in their address.

"In international affairs, there are times when decisive action based on clear vision can change the course of history," Solana and Rehn noted in support of direct talks, but also sending a message of encouragement to Gruevski.

All the pressure to find a solution rests on Gruevski. His Albanian partner in government, the Democratic Union for Integration (DUI) of Ali Ahmeti, has been exerting pressure in an unspoken message that the Albanians in Macedonia do not want to be held hostage forever to the unresolved identity issues of the Macedonians. The major Macedonian opposition party, the social democrats (SDSM) of Branko Crvenkovski, told Gruevski that they would support any solution he might accept; this can be interpreted as washing their hands and signalling that since Gruevski has all the power, he should also have all the responsibility.

In addition to the great pressure at home, Gruevski also faces increased urging of the international community to find a solution to the long-standing issue. A compromise on the name itself does not seem far away. Both Skopje and Athens seem willing to agree on a name such as Republic of Northern Macedonia. The problem remains of naming the identity: that is the name of the language - Greece wants the language to be called "Northern Macedonian" - and of the ethnicity - Greece wants "Northern Macedonians". Gruevski, as would most Macedonians, on both the left and the right, would have more difficulty accepting that solution.

Perhaps less important is whether Greece will actually use a direct veto at the European Council meeting, or member states will "agree" that Macedonia's simply does not get a date to join the EU. Undoubtedly, Athens has both the power and determination to act on its words. Macedonia is headed for another disappointment.