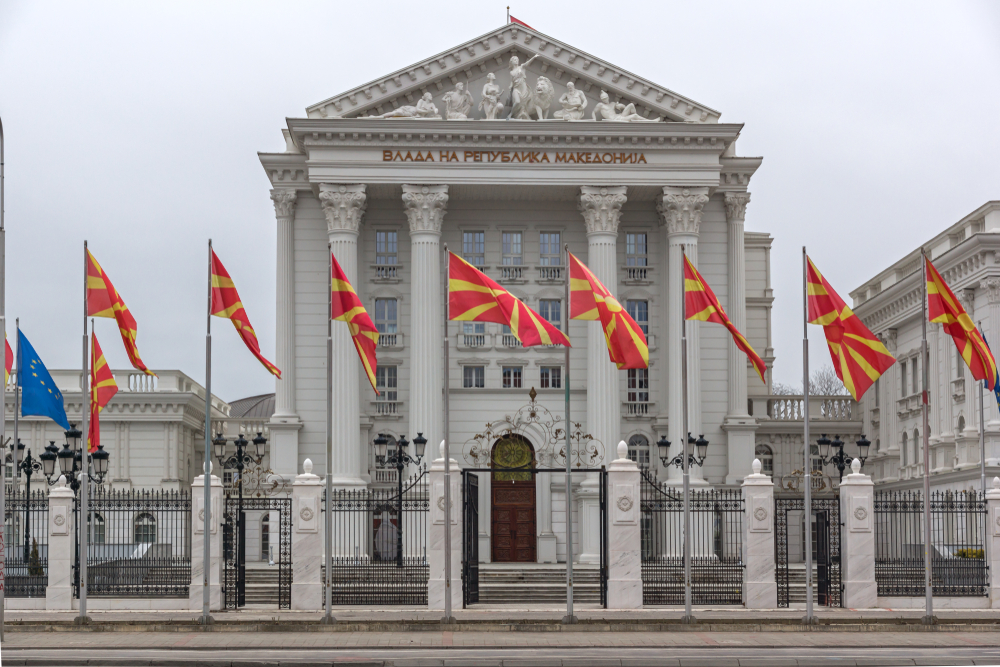 Premises of the Macedonian government - stoyanh/Shutterstock

The coronavirus epidemic has led the Macedonian authorities to postpone the early elections scheduled for April 12th to a later date. Now the priority is citizens' health

The early parliamentary elections in North Macedonia, scheduled for April 12th, have been postponed due to the COVID-19 pandemic. After days of speculations and doubts, the major political stakeholders decided to make citizens’ health the top priority and postpone the elections.

At a meeting initiated by president Stevo Pendarovski, all seven parliamentary parties agreed that the elections should be postponed, leaving however several crucial questions unanswered – namely, the date for the new elections, but also what the legal basis for postponing the elections is, since the Assembly is suspended and an interim government is in power.

In the meantime, political stakeholders agreed that the state of emergency should be declared due to the coronavirus disease outbreak. The dilemma was between announcing a crisis situation in the whole country, as advocated by the opposition, or a state of emergency as argued by the ruling SDSM.

Before the discovery of COVID-19 cases in the region and the likely spread in North Macedonia, the country was heading towards the snap elections, so all necessary preconditions had already been set in motion. A caretaker government composed of both ruling and opposition parties, as part of an earlier political agreement to raise the trust in the voting process, had come in power 100 days before the election day. Also, the OSCE/ODIHR Election Observation Mission had been deployed in the country in order to monitor the preparation and the conduction of the elections.

In the meantime, the first cases of COVID-19 were discovered in the country. Thus, interim Prime Minister Oliver Spasovski announced that all political parties agreed that until March 22nd there would be a moratorium on all planned activities for the upcoming elections. The idea was to minimise the spread of the virus. Political parties committed to campaigning without public gatherings, rallies, or door-to-door visits, and to focusing on mass media and social networks.

In the meantime, 15 coalitions and parties submitted a candidate list by midnight on March 12th. Most of them submitted lists for all six constituencies, a few for diaspora voting. The campaign was supposed to start on March 23rd, but the firm stance by the key political parties that the process would continue suddenly changed once new cases were reported.

The first institution that openly asked for postponement was the State Election Commission which, although recognising it has no jurisdiction on the matter, asked for the elections to be postponed considering the amount of people involved in the complicated process. According to SEC, around 35,000 citizens are engaged in the election committees only, and there are many other people involved as well, all of whom need to communicate with each other, both before and on election day.

The President also urged for responsible behaviour in order to protect the health of citizens. “According to all the recommendations by OSCE and the other organisations, citizens must be well and fully informed in order to be able to make informed decisions on Election Day”, stated Pendarovski, and with such a limited campaign that would be impossible, as not everyone is on social media.

Building on the SEC’s argument, Pendarovski added that “the day before the elections, a gigantic material transfer operation is conducted and the same material is returned to election commissions at the end of the day in order to calculate the results”.

Following these developments, and due to the rising numbers of coronavirus cases, the OSCE Office for Democratic Institutions and Human Rights (ODIHR) has suspended its Election Observation Mission in the country - another step towards the postponement of elections.

Focus on the coronavirus

With the elections postponed, the full focus is now on the prevention of the further spread of the virus. The management of the crisis is primarily in the hands of Health Minister Venko Filipche. Since the registration of the first cases of coronavirus, the state institutions have been praised by the public, regardless of their political affiliation. This is success in itself, as in a heavily polarised society like Macedonia it is quite rare to have unanimous approval. Even some petty attempts by the opposition to politicise the initial crisis have failed.

On a daily basis, via several live press conferences, the Health Minister informs the public on the new developments and the suggested measures. So far, schools and universities have been closed. Shopping centres are closed, except for supermarkets, food stores, and pharmacies. Cafes, restaurants, bars, clubs, casinos, and sports betting centres are closed. All food service establishments are allowed to work via alternative means – such as delivery or takeout – without receiving customers.

So far, 42 patients with COVID-19 have been registered in the country. All are in stable condition, with one already released from hospital. The bulk of the cases is in the area of Debar and Centar Zhupa, where a crisis situation was declared, and capital Skopje.

Crisis situation or state of emergency

The two main political parties showed different ideas on how to tackle the spread of SARS-CoV-2. SDSM and Zoran Zaev were pushing to declare a state of emergency, whilst VMRO-DPMNE and Hristijan Mickoski advocated for declaring a crisis situation for 30 days in the whole country.

According to Zaev, faster and more efficient implementation of health and economic measures required a state of emergency, while “the current government format, i.e. the technical government should remain in place”. On the other hand, Mickovski and VMRO-DPMNE argued for declaring a crisis situation in the entire country for a minimum of 30 days, and only then considering a possible state of emergency.

The legal conundrum was resolved the next day. In his public address of Wednesday, March 18th, Pendarovski informed the citizens that he had signed the decision to declare a state of emergency in the entire country. The request had been submitted to him by the government, since the parliament could not reconvene.

In the meantime, Spasovski urged citizens to abide by the recommendations and stay home. “The state of emergency will enable the institutions to act in a fast and efficient way for the implementation of safety measures”, Spasovski said, adding that a state of emergency is announced for the first time in the state's history, and that this is one of the toughest decisions since the country's independence.