North Macedonia at the polls today 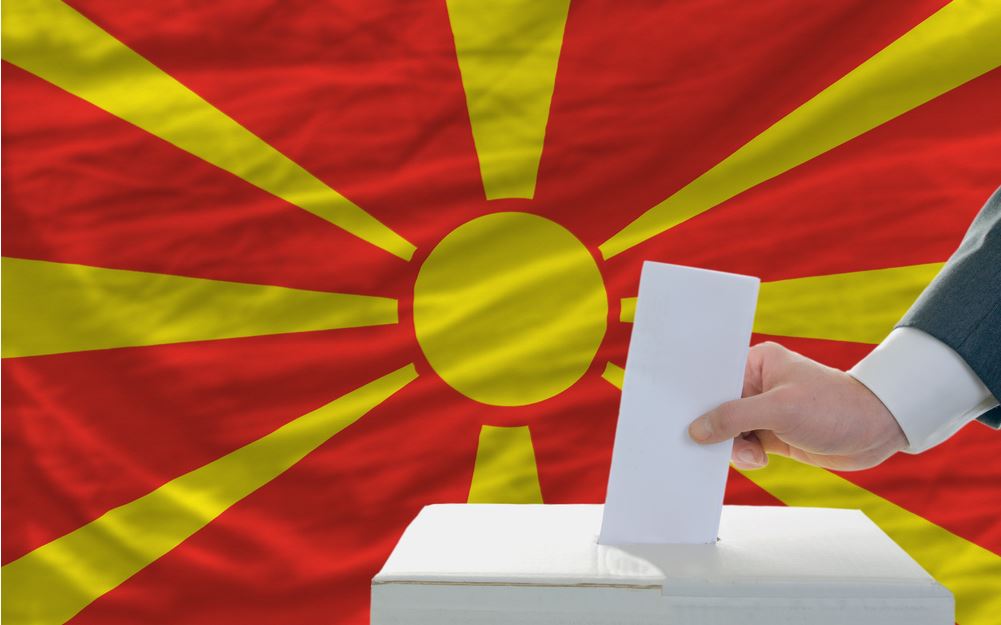 After the postponement because of COVID19, Macedonian voters are called today to elect the new parliament. Preceded by an election campaign rich in populist rhetoric and bombastic promises, today's consultations feature elements of continuity, but also interesting news

The early parliamentary elections in North Macedonia – initially scheduled for 12 April, but postponed due to the COVID outbreak – will be held today. Unlike the past, when elections were held on Sundays, for the first time citizens will vote during the workweek and over a three-day span. Hospitalised COVID patients and those in self-isolation voted on Monday, convicted citizens on Tuesday, while the general public will cast their ballots today from 7am to 9pm.

Fifteen coalitions and political parties are contending for 123 seats in the Assembly. 120 seats are reserved for the MPs from the six electoral constituencies in the country and 3 for the diaspora voters throughout the world. After the previous elections, those 3 seats were left unoccupied, as the required minimum of voters was not achieved.

Out of those 15 contestants, only two have a chance of winning the elections and form a government – the ruling Social Democrats (SDSM) and the opposition's VMRO-DPMNE. Obviously, the duopoly will continue. The only mystery is who will be the post-election coalition partner that will add up to the winner’s numbers for the required majority of 61/62 MPs to be reached. So far, the kingpin was the Democratic Union for Integration (DUI) – an ethnic Albanian party – but things could change.

Instead of offering clear strategies and solutions for major issues like economy, rule of law, corruption, and ecology – the topics that citizens expect to be addressed by the political elites – the campaign focused on black propaganda and cheap populism, from promises to change or abandon international agreements (the one with Greece and Bulgaria) to advocating for more ethnic rights and self-victimisation and science fiction promises that simply cannot be fulfilled.

The Macedonian media carried out an in-depth analysis of the electoral programmes of SDSM and VMRO-DPMNE . In over 600 pages, both parties featured a few hundred projects that would require around 20 billion Euros in total for implementation. Just to put the figures in context, the state budget for 2020 is around 4 billion Euros. Thus, it is unclear how the two political parties would fund such projects.

One event stood out among the usual narratives and propaganda. Namely, for the first-time, parties from the so-called Macedonian and Albanian block formed a pre-election coalition. SDSM and Besa signed a partnership agreement, setting another milestone in the political life of North Macedonia. So far, post-election coalitions had been usually formed among ethnic Albanian and ethnic Macedonian parties, but a pre-election partnership founded on a shared programme had never happened.

This extraordinary act set the campaign tone among the parties from the so-called Albanian block. In fear of losing votes by exclusively addressing ethnic Albanians, they further heated up the ethnic rhetoric.

DUI, the main ethnic Albanian player since the early 2000s, campaigned on the notion that the next Prime Minister should and will be an ethnic Albanian. Other smaller political parties that aspire to take DUI’s place – mainly the Alliance for Albanians in coalition with Alternativa – described DUI’s campaign as plain populism. Yet, they just did more of the same.

Pundits argue that, since there are no open issues regarding the adequate representation of smaller communities in the administration, protection of cultural and language rights is finalised, and also major topics like NATO and EU are on track following the resolution of the name issue with neighbouring Greece, DUI was forced to find a new narrative to homogenise voters and undermine potential cross-ethnic voting, since political parties like DUI, Alliance, or VMRO-DPMNE function perfectly in an ethnically ghettoised environment.

Most pundits predict that the turnout will be low, as indicated by recent election polls . According to some surveys, around 30% of voters will not cast a ballot, mainly because of fear of possible exposure to coronavirus and dissatisfaction with the political offer in general. Thus, the winner will have a small margin from the second-best party.

These predictions could easily be disproved if the SDSM-Besa coalition manages to motivate voters to go out and vote. Then, we could witness further erosion of the ethnic vote and the ethnicisation of political life, contested by SDSM in an effort to maybe become the only civic party in the country.

Faced with the possibility to end up in opposition after over 12 years in government, DUI once again turned to ethnicisation, although some pundits stress that ethnicity may no longer ensure support from voters.

Besides the SDSM-Besa coalition, another positive moment in this campaign were the regular public debates between the leaders of the major political parties – something unimaginable during Nikola Gruevski’s government. The Macedonian media are now reporting in a more balanced, professional way – most of the negative campaigning is done online and on social media.

Once the results come, of course, all eyes will be set on the possible political combinations to create a new government. In the last general elections, VMRO-DPMNE won with 51 seats, but was not able to secure the 2/3 majority, while SDSM with 49 seats managed to broker a deal with DUI and few smaller parties. Similarly, the parliament majority will again be found through long and tense negotiations, unless the SDSM-Besa coalition manages to secure the 2/3 majority. In this case, no combinations would suffice, while DUI would end up in opposition after over 12 years in government.