Macedonia at the mirror I 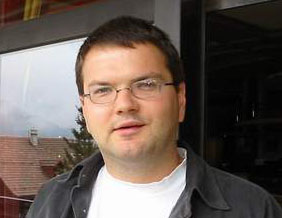 Partial rerun will be held in Macedonia on June 15 after irregularities had been found in the country's general election. Our correspondent talks about the current political situation with Zidas Daskalovski, professor of political science at Skopje University and president of the Institute for Research and Policy Making

These elections have been widely described as the worst Macedonia has ever had. What would be the consequences on domestic and international plan?

We have had many bad elections, so perhaps these are not the worst ones ever. It is different than back in 1994 for example, because now we are much ahead in the Euro-Atlantic integration process and the elections irregularities became much more visible. Back in 1994 there were many irregularities too, but they were ignored and they did not affect Macedonia's image that much.

Specifically the consequences are that we can get a bad report by the EU and not get a date to start talks this year. In 2009 the EU will be busy forming a new Commission, so they will have less time for us; so we are in a situation akin to trying to catch the last train. Not getting a date is not only something we lose but something that competitors in the region gain. They are closing in on us, we lose our advantage. This could potentially open other options, such as a regional approach etc. We can get put in the same group together with Albania, Serbia, and Bosnia. They have all announced they would submit applications for candidate status; so if we do not get an invitation to start talks this year, and we do not get it next year because of EU's internal reasons, things will get delayed until 2010, which is very bad for us. In addition, not getting a date is dangerous for our internal stability, and for the Macedonian - Albanian relations, especially given that Macedonia has certain reservations concerning the recognition of Kosovo. In addition, there is the name problem with Greece, and the fact that we didn't get into NATO. The Kosovo and NATO issues are very important for Albanians in Macedonia, so this can have a potentially negative effect.

If the rerun goes equally bad as 1 June, then the report on the elections will be very negative, and as a consequence the EC progress report will be negative, too. Greece will take advantage of this situation and will continue its propaganda that our country is not ready for NATO and EU. The Bucharest declaration says Macedonia will be invited when it resolves the name issue with Greece, but nowhere was officially asserted that Macedonia meets the conditions. Greece can use all this; it can call for reconsideration, it can say we are not ready.

At strictly local level, the consequences concern the fact that this campaign was very aggressive; many harsh statements were tolerated, there was violence. This is not playing by democratic rules, and when either DPA or DUI, they way they are radicalized right now, does not get into the new government, they might decide to continue in the same way. They could decide to block institutions locally.

The allegations of direct involvement of government bodies, such as the police, special police units, in election irregularities, in the sense that they took a partisan side, is the worst aspect of the bad electoral process.

There will be a rerun on Sunday for a big part of the vote which was annulled by the State Election Commission. Given the rivalry between the two major Albanian parties, DPA (Democratic Party of Albanians) and DUI (Democratic Union for Integration), what are the options for forming a new government?

From what we know from the polls, DUI had advantage before the elections, and then DPA had surprisingly good results on election day. But now, in many of those places where DPA won, we will have a rerun the State Election Commission annulled around 170.000 votes; many of the annulled votes were of Albanian voters; DPA was angered and DUI welcomed the decision of the Election Commission which probably would mean that DUI could win; we will have to see what will be the difference. It might be complicated if VMRO does not opt to coalesce with DUI; we could again go into the problem of legitimacy of the Albanian partner in government. A coalition with DUI should not be automatically excluded. I guess even in VMRO they are realizing that after all the election irregularities on 1 June the coalition with DPA is becoming a burden, for the image of the country, but also for the image of Prime Minister Nikola Gruevski. There is a perception in the public that DPA had a greater part in the election irregularities, I don't know if this perception is accurate, but definitely DPA was the political party in power and its responsibility is bigger.

So one option is DPA as a coalition partner. This brings up a problem with DUI and the legitimacy of the government if it does not include the winner in the Albanian block. One could expect the international community would not be very supportive of this choice. The other option is a government with DUI. In this case, the radical forces in DPA could be a problem, although the choice would have greater legitimacy, and the government would enjoy greater support in the Albanian camp and by the international community. The third option is grand coalition VMRO+DPA+DUI which everybody dismisses as impossible, but in politics everything is possible. Especially if there is pressure by the international factor. But this is the least probable option, same as the option of VMRO forming a government by itself.

Can there be repeated violence during the rerun on Sunday?

The government would be crazy to allow violence again. Of course absolute control on the ground is never possible; but I do not think that the political parties would dare consider doing it again. Perhaps some isolated incidents in one or two polling stations are possible, but not at the scale we saw on 1 June.