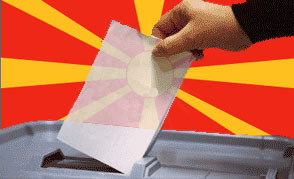 On March 13 around 1.700.000 voters in Macedonia will go to the polls to elect mayors and councilors for 84 municipalities.This is will be the first test of the country's political maturity after the submission of the EU Questionnaire in Brussels earlier this month

On March 13 around 1.700.000 voters in Macedonia will go to the polls to elect mayors and councilors for 84 municipalities. The supply is high - there are on the average 4 candidates for one mayor's position. The reason - enhanced mandate according to the decentralization that will both increase the authority and boost the budgets of local governments. The new mayors will have the authority to set property taxes, appoint chiefs of police, issue construction permits, manage the schools and hospitals. Quite a few members of parliaments are running willing to change seats in the national assembly for a mayor's one.

The campaign started last week and will last until March 11. OSCE is sending the same number of observers as for the referendum and the presidential elections of last year. The local nonprofit election monitoring alliance MOST will engage additional 3.500 volunteer monitors. The Council for Broadcasting came out with strict rules on media presentation during the campaign. They allow only shortened footage of campaign rallies, unlike in the past when TVs played full recordings. Still, the centre of the capital Skopje is dominated by the posters of the independent candidate for mayor, Trifun Kostovski, one of the richest people in the country, who runs with the support of the Macedonian opposition parties. He challenges the incumbent mayor Risto Penov who after two consecutive terms now runs for a third one.

Until March 13 everybody will get tired of the phrase that "elections should be democratic and fair". This is will be the first test of the country's political maturity after the submission of the EU Questionnaire in Brussels earlier this month. Macedonia expects candidate status by the end of the year. It is clear that its chances of getting it hinge among other on stable practicing of democracy. Something that didn't come that easily in the past.

IWPR (Institute for War and Peace Reporting) recently warned to the possibility of incidents during the elections, especially in the communities where the two major Albanian blocks compete. Four years ago one person got killed in election day violence in the village of Kondovo near Skopje. IWPR bases the warning on the high stakes in this election cycle, that is the increased authority of the future mayors, and the fact that the ruling Albanian DUI runs for the first time in local elections against the opposition DPA which dominates in the local structures of the Albanians.

In the Macedonian camp, the ruling social democrats (SDSM) run against the fragmented opposition of several VMRO parties that came about through fraction struggle for the leadership position in the major VMRO-DPMNE. This is a huge test for the ratings and leverage in the VMRO part of the spectrum. The votes will show how much political capital did the former prime minister Ljubco Georgievski, now in VMRO-Narodna, manage to drain from his once colleague Nikola Gruevski, who leads VMRO-DPMNE. Recently an entire flock of VMRO-DPMNE MPs migrated into VMRO-Narodna and basically made it the major opposition party in parliament. Whereas Nikola Gruevski speaks from the position of a moderate politician and an economic expert, Georgievski transgressed to its early radical nationalist positions and plays the anti-Albanian card.

Polls are not reliable as with the very beginning of the campaign parties started using them for marketing, stating huge advantages in own favor. Who ever holds a press conference says they have the lead. The general impression is that after a lot of practicing of democracy last year, people are tired of politics.

Mayors are elected through the majority model with the possibility and likelihood of a second round, whereas councilors go in one round through the proportional model. The Macedonian system of local government places sufficient executive power in the hands of a strong mayor.

The ICG (International Crisis Group) recently issued a report saying that Macedonia is not ready to fully implement the long awaited decentralization.