On the swings of political dialogue - II 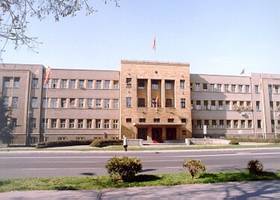 The polical situation in Macedonia remains highly instable, after boycotts of parliament, government crisis and the risk of early elections. And this time, heavy international pressure doesn't seem to play a positive role on the stabilization of the country

Thursday, June 7, before midnight the government of prime minister Nikola Gruevski survived a confidence vote in parliament. This is hopefully an intro into a new phase of calmer political waters after the return of the Democratic Union of Integration (DUI) in the national legislature end May.

After several months of protracted negotiations provoked by DUI, which has been tolling the bells of political crisis ever since it failed to enter the new government after the July elections of last year, its leader Ali Ahmeti finally agreed to end his party's boycott of parliament.

As soon as this happened, DPA, the other major Albanian party and current partner in government said - fine, if they are in, we are out. DPA's second in command, Menduh Taci, announced DPA was leaving the government.

"We agreed to definitely opt out of the government coalition", said Mr. Taci. "Clearly we couldn't agree...I will wish him luck in forming a new majority".

With DPA out, the VMRO government of Mr. Gruevski does not have the vote necessary to stay in power. This could mean a number of options; change of government through a new majority, or even call for early elections. The international factor immediately sent the message that early elections would be devastating for Macedonia.

"Elections at this moment would be very unfavourable. It would be the same as jumping from a fast moving train. The train speeds towards its final goal, EU and NATO, and all political parties, above all things should keep these goals in mind", said EU Ambassador to Macedonia Ervan Fuere.

Even more blunt was the message from EU MP Angelika Beer. In an interview with Deutsche Welle , she said, "Early elections in Macedonia would mean good buy to the expected invitation for NATO and move away from the EU".

After months of worrying that DUI's boycott of parliament threatens regional stability in a crucial year for the decision on Kosovo, and impending vote in the UN Security Council, the EU realized that with DPA out of the government, VMRO could decide to use its very high rating and go for early elections. The rating of its rival SDSM, is lowest ever.

What the international factor didn't acknowledge enough perhaps is that that early elections would be to a large part caused by their constant pressure on the government of Mr. Gruevski over the last months. In their zeal for having political stability, they achieved a counter-effect by applying constant pressure which made the government less stable. A lesson in the possible political ramifications of international political engineering.

Following DPA announcement of leaving the government, opposition social democrats, SDSM, reacted promptly and called for a vote of confidence in parliament. Without the DPA vote, the government would fall easily. They motivated the call for a no-confidence vote with, in their view, the fact that the government generated internal instability, smeared the international image of the country, and caused economic stagnation. They also said the government didn't have the capacity to manage the interethnic relations.

"We do not know if VMRO is still in a coalition with DPA and what are its relations with the other coalition partners the new social democrats, NSDP ? Further, is the agreement with DUI valid?", asked the SDSM spokesman, Jani Makraduli.

Faced with the possibility of losing power, VMRO and DPA quickly repaired relations. After several days of a stalemate they announced reconciliation. The crisis was caused, they said, by the misunderstanding over the content of the agreement between Mr. Gruevski and Mr. Ahmeti, which brought DUI back in parliament. According to Mr. Ahmeti, DUI realized all of its demands, including the controversial equal status for the former NLA fighters. Mr. Gruevski said this was not true.

After a few days of mystery over the content of the deal, which was not made public, and calls from the opposition to the prime minister to reveal the agreement, it turned out there was no signed deal between VMRO and DUI. Mr. Taci called the paper that came out of the negotiations "minutes" of leftover assignments from the previous government, and congratulated the international factor for forcing DUI back into parliament without major concessions being made.

"Problems can not be solved by acting from home, or the mountains, but in the institutions. DPA is a member of the government coalition and possesses all the means necessary to work on the problems", said Mr. Taci.

"DPA proved" added he "that the Albanians are not a turbulent and problematic people".

"The relations between DPA and VMRO have always been good, and the contamination was caused by DUI, which tried to disrupt them", said Mr. Xhaferi.

Equally poisonous comments arrived from the third party of the Albanians, PDP, which switched sides, from allying with DUI, to DPA, in the last period. Its president, Abduladi Vejseli, demeaned DUI's deal with VMRO by saying that its only outcome was changes in the membership of a committee dealing with ethnic issues.

"That is their major success in the negotiations with the government. They do not have other achievements because they do not have a political vision. They are not so concerned with the rights of the Albanians and the OFA. They were in power for four years and said the implementation of the OFA was almost complete, but now from opposition they say there is still a lot left", said Mr. Vejseli.

After all the hullabaloo, the government survived the confidence vote rather easily, midnight on Thursday. DPA stood by VMRO, and so has the third partner, the new social democrats (NSDP). DUI is back in parliament at great ease of the international factor.

All the foreign biggies welcomed the end of the political dialogue and the return of DUI in parliament with the standard phrase that it is a step further in the country's international integration. First Xavier Solana, and then Enlargement Commissioner Olli Rehn welcomed the deal. Mr. Rehn's cabinet however couldn't comment on whether this positive development would be reflected in this year's EC report on Macedonia, through possible mentioning of a date for start of accession negotiations.

"Macedonia has a deficit of statesmen and surplus of politicians" says he. "A statesman is somebody who is ready to confront public opinion in pointing what is the long term benefit for Macedonia".