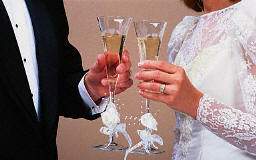 The protracted negotiations for forming the new government in Macedonia were finally brought to an end on the first weekend in July. The VMRO party decided to form a coalition with the Democratic Union for Integration. The big question now is, "Will this arranged marriage work?"

The protracted negotiations for forming the new government in Macedonia, following the 1 June early national vote, were finally brought to an end on the first weekend in July.

The VMRO party of the re-confirmed Prime Minister Nikola Gruevski decided to form a coalition with the Democratic Union for Integration (DUI) party of the former guerrilla leader Ali Ahmeti.

The post-election negotiations focused on the crucial issue of the Albanian partner in the government. The VMRO had traditionally collaborated with the other major party in the Albanian block, the Democratic Party of Albanians (DPA) of Menduh Taci in the past. However, this time DPA won substantively fewer seats (11) in parliament than DUI (18) and was widely seen as the instigator of the widespread electoral violence.

In a similar electoral outcome in 2006, Gruevski had decided to partner with DPA despite DUI winning the majority in the Albanian block. The decision caused political turmoil and a lingering political crisis perpetuated by DUI. Ahmeti insisted that Gruevski's choice of DPA was an essential disrespect for the Albanian vote and that the winner in the Albanian camp should, by definition, enter the government.

Although no law mandates a Macedonian-Albanian coalition, every government since the country's independence in 1991 has had an Albanian junior partner. Albanian participation in government has become a matter of convention and a clear factor for political stability for Macedonia. This time the question went further: should this custom expand and require that the winner in the Albanian (and subsequently Macedonian?) block necessarily enters the government? Ahmeti actually wanted to have this law in writing after he was passed over despite his victory in 2006.

The trade-off is likely between fairness and political realism. Despite the fairness of the winner reaping the benefits of victory, minority governments are a political reality. Sometimes the winners, such as VMRO and DUI, might simply not get along well with each other.

Gruevski did not hide his preference for continuing the cooperation with DPA. He stated it quite clearly during the election process. However, because of the voting results, he had little to gain and a lot to lose from such a marriage of passion. One will now see whether the imposed vows with DUI will hold out.

With its 18 seats, DUI brings into the marriage a full-qualified majority (2/3) in parliament and the so-called Badinter majority (majority of the non-ethnic Macedonian vote), both of which are necessary for passing important legislation. With DPA, Gruevski could not have this parliamentary strength.

Further, DUI has the "blessing" of the mother-in-law - the international community. Reportedly, Gruevski was clearly told that rewarding the DPA party for the electoral sham it had created would not be seen favourably.

Furthermore, DUI accepted VMRO's reform platform and the two leaders agreed on some critical issues. DUI would stick with VMRO on the name dispute with Greece. Certain ethnic issues would be deferred, others such as use of language and the rights of the former guerrilla fighters would be taken up but it appears that the two leaders have managed to compromise in principle.

'The two parties have agreed that the amending of the legislation on the use of flags and the law on police, as well as other issues of ethnic character would not be discussed during this government term', said VMRO communication representative, Ilija Dimovski.

The priority would be on economic reforms, Euro-Atlantic integration, and efforts to remove the Schengen curse.

DUI will get five ministerial seats (economy, labour and social policy, health, environment, and local self-government), one deputy prime minister and, three deputy ministers. Reportedly, Ahmeti was more flexible than the last time with respect to dividing the spoils.

"This is the beginning of understanding and respect for political reality," said DUI's vice president, Ms. Teuta Arifi, "without this things cannot change for the better. It is at the same time a move toward greater trust...in our still deeply fragmented society."

"We concluded this was in the national interest of Macedonia," explained the decision to partner with DUI, Dimovski.

DPA accepted the new reality with ostensible calm. "We will act as constructive opposition," stated the party spokesperson Imer Aliu. Yet allegations circled that Taci might decide on a radical move and withdraw his MPs from parliament. In DPA's view, DUI won by stealing votes. That would not be a good idea.

The big question now is, "Will this arranged marriage work?"

Experts are divided on the prospects of the new government coalition. For professor Gjorgi Ivanov, from the Law Faculty at Skopje University, the deal is good and it means a high level of consensus and greater political stability.

Political analyst Mersel Biljali says that one should not be pessimist but still beware of problems. VMRO insists on implementing its political platform and forgets that DUI also has its own agenda to follow, says Biljali.

"The major issue is whether VMRO and DUI managed to overcome their distrust. The question is whether the government will be able to act as one coordinated body," says Professor Biljana Vankovska. According to her, VMRO and DUI did not have much time to work on their differences, which have been quite large. They will have to do that as they go along and surprises could be possible.

The decision seems to be both fair and in the national interest respectful of political reality. DUI won a huge majority in the Albanian camp and passing over them again would have been a risk.

The deal is signed. Now Gruevski and Ahmeti have to make it work.