Montenegro, the silence of the public administration 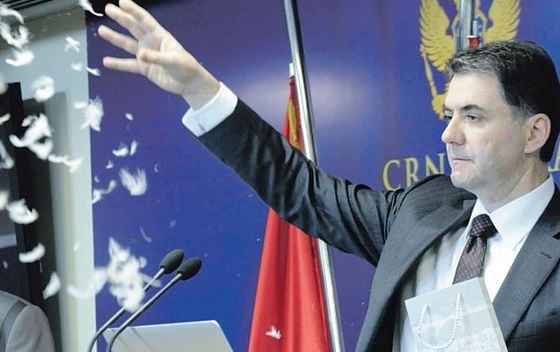 Montenegro adopted a law on free access to public information 7 years ago, but in many cases the information required is withheld, and no one is sanctioned

(Originally published by Vijesti , media partner in the ECPMF project)

Montenegro adopted the Law on Free Access to Information seven years ago, but the experience of journalists and non-governmental organisations shows that obtaining information of public importance remains difficult. In most cases, information is obtained with long delays – generally only after appealing to the Ombudsman for privacy and access to information, who often seems quite helpless in ensuring access to the required data.

On the other hand, the Ombudsman is slow in processing enquiries – so much so that the European Commission, in its Progress Report on Montenegro, pointed out its concerns that first instance institutions are abusing the possibility to declare the documents “confidential” in order to limit access to information. Public institutions must urgently improve the application of the law on access to information, particularly where there is a greater chance of corruption, recommends the European Commission.

Although the law prescribes fines up to 20,000 Euros if a state body does not provide the information requested, no sanctions have been applied so far.

For more insights on access to information in Montenegro, check the article that we edited on Wikipedia in the frame of the project "Wiki4MediaFreedom". All the Wiki-articles on Access to information created are published also on the Resource Center on Media Freedom

For almost two years, despite numerous requests and appeals to the Ombudsman, the Vijesti daily failed to get information from the Ministry of Agriculture and Rural Development on the abuse of public money, allegedly spent on cigars. The incident took place under Petar Ivanović's mandate as Minister.

Vijesti obtained the required information only with the arrival of the new minister and only after publishing reiterated demands for information.

The scandal in question emerged when an official of the Ministry of Agriculture, on Saturday, March 28th, 2015, used the ministry's credit card to buy 10 packages of cigars "Toscanello aroma coffee" for a total of 48 Euros. Vijesti published the first article about the incident on March 30th of that year, and has since sent the ministry several requests for access to information, in addition to several complaints to the Ombudsman. Then, from May 7th, 2015 onwards, every Thursday, Vijesti published the text titled "Who smoked at state expense?".

"This case is exemplary for understanding the extent to which state institutions comply with the law and how the law is violated with impunity. There was no response from the official who abused the credit card, nor from the minister who has hidden him from the public and protected him from his responsibilities. This case has also demonstrated that a part of the public does not understand the concept of free access to information, not to mention the notion of control of public expenditure – we received many comments like 'Enough with these articles, it's just 48 Euros'", notes Mihailo Jovović, editor of Vijesti.

Even the Ombudsman ignored the last appeal by Vijesti for nine months. Besides the name of the official involved, Vijesti requested to see the contract with the fuel distributor Jugopetrol on the use of the ministry's credit card to buy at their gas stations. Also, who was personally in charge of the credit card, the papers authorising them to hand over the card to other officials, and the list of official trips of Ministry of Agriculture officials on March 28th, 2015.

After new minister Milutin Simović, last December, announced the name of the official who smoked at state expense, the Ombudsman called Vijesti asking if they wanted to give up the chase, but Vijesti answered that they wanted a response to all questions. The Ombudsman has been silent since then.

Last summer, former Minister Ivanović published a collection of texts titled "Media ashes and dust", gathering all the articles on the scandal, where he claimed to be the victim of a persecution by Vijesti, and hurled a number of insults against the journalists and founders of Vijesti and the TV station of the same name. No other Montenegrin media outlet has ever dealt with this story.

On several occasions, Ivanović also tried to circumvent the Ombudsman, first stating that Vijesti had not forwarded one of the various requests, and then that the newspaper had already accessed the information requested.

Apparently, the official guilty of the expense turned himself in just a day after the new Minister of Agriculture, Simović, asked employees to tell who had improperly used the credit card of the ministry. Simović also stated that it was too late to start a disciplinary procedure against the employee.

However, the Ministry of Agriculture is not alone in ignoring the law on free access to information.

According to the Ombudsman's reports, 16,200 requests for access to information have been filed since 2013, of which 55% was received and 23.8% rejected (3,870 requests, more than half of which because information was not available). About 71% of requests were filed by NGOs, among which MANS stands out.

"The silence of the public administration remains conspicuous – institutions have ignored almost one sixth of the requests", told Vijesti MANS' justice programme coordinator Vuk Janković. He believes that institutions have not yet recognised the importance of publishing information, particularly in those areas that may, directly or indirectly, reveal abuse of public resources.

"Silence is adopted as a strategy by many institutions which are obliged to apply this law, but also by those that should take care of its promotion, primarily the Ombudsman, that needs to be more active as regards its legal obligations and start solving cases of appeals in the time prescribed by law", stated MANS.

According to MANS, respect for the right to access information is "catastrophic" in those companies where the state is the majority owner, the most drastic examples being Plantaža and the Port of Bar.

A similar experience was shared by the activists of the Centre for Civic Education (CGO), who said that the Montenegrin government does not apply uniformly this law, while some of its bodies disregard it completely.

Mira Popović, a collaborator in the CGO programmes, states that "the champion of non-transparency" is the municipality of Podgorica, shortly followed by the Ministry of Agriculture and Rural Development and the Railways.

"The decline in transparency of the University of Montenegro is another concern. In 42.3% of cases, we receive the data only after the Ombudsman has accepted our appeal, which indicates that the University not only fails to respect the law on proactive disclosure, but more and more often chooses to directly violate it, including with attempts to hide information", says Popović. In her view, it is necessary to improve the Law on free access to information so that institutions realise they do not have the right to hide information, with much more severe sanctions for the leaders of the institutions involved.