Montenegro: the swamp of politics 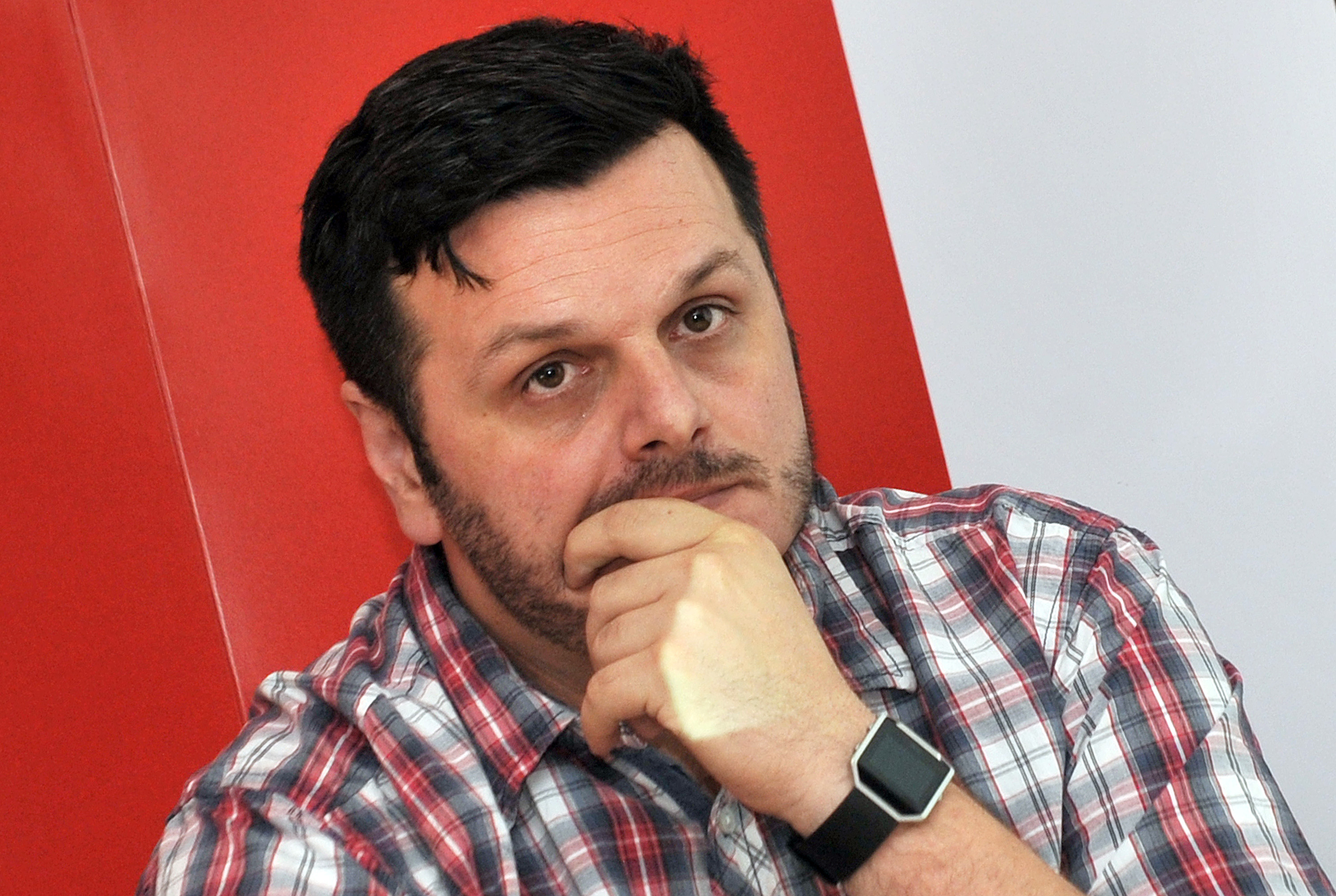 Montenegro remains plagued by major issues of crime and corruption, which directly involve the ruling elite. An interview with Dejan Milovac, deputy director of the MANS NGO

(Originally published by weekly Monitor on May 30th, 2019)

Recently there was the anniversary of the murder of journalist Duško Jovanović. After 15 years, the case remains unsolved. You said that the Montenegrin authorities, with their attitude towards this case, send a dangerous message and that this shows how little progress Montenegro has made on the road to democratisation. How far have we got in the democratisation process?

European integration is Montenegro's inevitable fate, regardless of when it will happen, and the dates continue to be used for purely political purposes, and even more often to hide the real situation in the country. And this is why the perception is widespread in Montenegrin public opinion that the progress made in the process of European integration, of which the government speaks, is not accompanied by the democratisation of society and the strengthening of the rule of law.

Unfortunately, the fact that the murder of Dan editor-in-chief Duško Jovanović remains unsolved after 15 years shows that it is not just a matter of perception, that many of the reforms undertaken by the Montenegrin government have produced purely cosmetic changes and that corruption and organised crime remain the main obstacle to the transformation of Montenegro into a minimally functional country.

No matter how the government tries, using the most vile methods, to convince us of the contrary, for ordinary people the rule of law remains a dream. National and identity issues continue to be discussed extensively, instead of responding to the many urgent problems affecting the lives of citizens. I would prefer that all those flags, coats of arms, and other national symbols, which are daily exploited by most of the Montenegrin political parties, were exhibited in new factories, schools, hospitals, and other structures so as to contribute to the creation of new jobs and improve the quality of life of citizens.

President Milo Đukanović recently stated that in Montenegro independent media and a part of the non-governmental sector are the core of the opposition and only pursue financial and political interests. How do you interpret this statement? Is this another dangerous message?

Đukanović has made far more dangerous and explicit statements against the media and civil society, and this way of expressing himself is an integral part of his rhetoric. Like every other dictator in power for many years, Đukanović is also trying to intimidate – targeting them at every possible opportunity – the enemies of lawlessness and injustice, two phenomena that are the core of his power.

No wonder Đukanović perceives civil society and independent media, rather than the opposition, as the main resistance forces against his power. The media and civil society address the main problems concerning the government's work with much more attention than the opposition parties, which allow themselves to be easily involved in discussions on matters of secondary importance and are much more vulnerable to the pitfalls of Montenegrin politics. A swamp in which Đukanović has been swimming very much comfortably for 30 years, trying to empty the resistance against his regime of all meaning.

When someone refuses for years to descend to Đukanović's level and, at the same time, works with great dedication in order to expose corruption and organised crime, on which his power is largely based, he reacts with frustration and nervousness, more than evident in recent years.

Last week the Podgorica prosecutor's office rejected the complaint filed by the Network for the affirmation of the non-governmental sector (MANS ) – of which you are deputy director – against Sreten Radonjić, director of the Agency for the prevention of corruption (ASK), suspected of abuse of office for refusing to start an investigation against President Đukanović. Can you imagine the prosecutor's office or the Agency for the prevention of corruption investigating Đukanović?

Radonjić, who is a mere pawn in the service of power, was placed at the direction of the Agency for the Prevention of Corruption with the task of emptying this institution of all meaning, and above all with the intent to stifle any attempt to investigate the senior state and party officials for corruption and illicit enrichment. Also this year the European Commission, in its progress report on Montenegro's accession process, has addressed the work of the Agency for the Prevention of Corruption, reiterating its concern about the lack of independence and credibility of the Agency and for the way it defines intervention priorities.

As for the prosecutor's office, suffice it to say that the so-called "absolute silence of the prosecution", with Ranka Čarapić as attorney general, can be considered the golden age of the institution, which at that time was not used to clean up biographies of related politicians and criminals. Instead, the duo Stanković-Katnić [Ivica Stanković, current attorney general, and Milivoj Katnić, current special prosecutor, ed.], has done nothing to restore the Montenegrin citizens' confidence in the prosecution and to let corrupt politicians and members of the criminal underworld know that Montenegro no longer wants to be a playground for local and foreign criminals, a safe port for money laundering and cigarette smuggling, weapons and narcotics, and a country where incompetent prosecutors act, more or less knowingly, in the interest of politicians and criminals.

The trivial statements about the justice machine being "back to work" and the fact that "there are no untouchables", and others bordering on surreal, are not worthy of serious prosecutors, let alone can they replace concrete actions in the fight against organised crime and corruption in the highest state institutions.

As for the investigations against Đukanović, new evidence keeps emerging against him, his family members, and several people linked to them in Montenegro and abroad. So far, such evidence has been piling up in the drawers of the prosecutor's office, but I want to believe that it has been piling up somewhere else too. I believe it is necessary and important to gather evidence of every crime committed by the last European dictator, although the Montenegrin institutions, first of all the prosecutor's office, are trying to discourage any commitment in this direction.

Đukanović is anything but stupid, and as long as he is in power he will not allow key positions in institutions charged with fighting organised crime and corruption to be occupied by people who could harm him politically. Wondering if Stanković and Katnić have always been reluctant to consider incriminating evidence against Đukanović or developed this "aversion" only after becoming prosecutors is less important than the fact that Montenegro's "First Family" continues to be spared from investigation.

News has come these days that an additional 5 million Euros will be taken from the pockets of Montenegrin citizens for the construction of the Bar-Boljare motorway, for some work not initially planned. We still do not know what is written in the agreement that the Montenegrin government has made with China for the construction of this highway, and MANS has been trying to bring attention to this issue for some time. How is it possible that a project of this size is so unclear?

The vast majority of Montenegrin citizens is still not aware of the consequences that the agreements stipulated with the CRBC (China Road and Bridge Corporation) and the Chinese Development Bank (Exim Bank) will have on future generations. This is largely due to the Montenegrin government, which does everything to hide information on this investment, thus fostering abuse and corruption.

Immediately after the start of this project, MANS requested that an independent commission be set up to monitor the implementation of the Agreement for the design and construction of the motorway and the Credit Agreement, but the deputies of the government coalition voted against the proposal. As a result, we now have government commissions with the rule of silence, and a system, which escapes all control, of government grants for the purchase of fuel, stone, sand, and machinery, and no one has precise information nor is supervising the correct use of the aforementioned contributions by subcontractors.

For the additional, extraordinary, and unexpected works on the new highway – as the government calls the further interventions for several million Euros taken out of citizens' pockets – we can instead thank former Transport Minister Ivan Brajović, who signed the agreement with the Chinese.

It is very difficult to take seriously the explanation provided by the competent authorities, according to which the bridges for accessing the highway, the Smokovac junction, and the electricity and water distribution network are not included in the original project. There is no way to verify the veracity of this explanation, because the final Project was classified by the government. Simply put, we made an agreement with the Chinese for building a livable house, and now that the house is almost ready it appears that the roof and the windows were not included in the origianl project, and if we want them we have to pay an additional sum.

MANS has long been warning that more and more state institutions and companies are trying to hide information on their income and expenses, while public investment projects are classified. Unlike the term "confidential" or "internal", which state institutions can apply to certain documents only for a limited period of time, the term "trade secrets", according to current legislation, is not bound by time limits, and consequently it easily lends itself to abuse.

Our experience shows that state institutions and several companies label as "trade secrets" also documents that must be made public, or are of undeniable public interest. Not infrequently, the agreements stipulated between the state and third parties and the disbursements of public contributions foreseen by these agreements are declared trade secrets, and it is an unacceptable practice.

In its latest progress report on Montenegro, the European Commission has expressed concern about the growing tendency of the Montenegrin government to classify certain information as secret, warning that this practice hinders effective supervision of civil society over the work of the public administration.

The inhabitants of the village of Bukovica defend the river of the same name from the risk of being "channeled into pipes". Who benefits from the construction of small hydro-plants on the Montenegrin rivers?

Even before there was talk of the construction of small hydro-plants, MANS warned that Montenegro's energy policy was not aimed at achieving the targets set by the European Union regarding sustainable energy, and that the government was looking to turn the country into a major exporter of electricity in the Balkans. One of the first steps taken in this direction was the launch of an electricity interconnection project with Italy, with the clear aim of transforming Montenegro into the main energy interchange node in the region.

The business with small hydro-plants aims to allow privileged tycoons to generate profit and has nothing to do with the increase in the share of electricity produced from renewable sources in gross final consumption. In Montenegro, the electricity produced by small hydro-plants is a small percentage of the total national production, and the only ones to benefit from their construction are their owners, who get to use a natural resource that belongs to all citizens and devastate it with impunity in the race for profit.

The extent to which Montenegrin public opinion has been involved in the decision-making process that led to the situation described above is demonstrated by the almost daily protests of citizens asking for their rivers to be protected. The announcement by the Ministry of the Economy that all concession contracts for the construction of small hydro-plants will be "reviewed" to comply with the provisions of the law is shameful and impertinent, and says a lot about the little time and effort invested from the state to defend the public interest in this business.