Resistance in Moldova to health law on mandatory vaccination

Bulgaria, the consequences of the pandemic on young students 16/12/2021 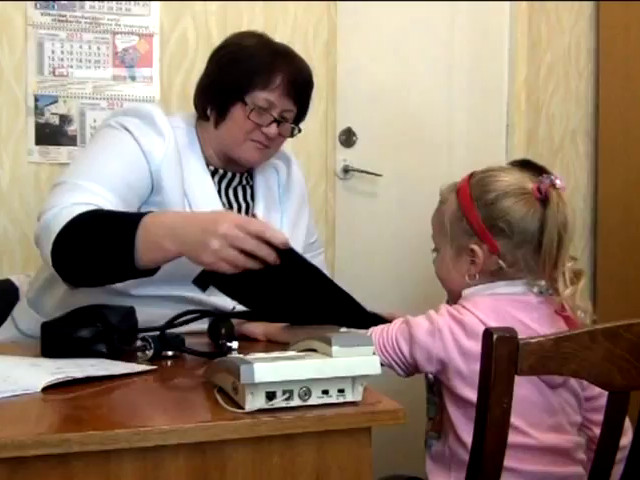 Law in Moldova mandates that children be vaccinated in order to be accepted into kindergarten. Many parents disagree. A law change is being proposed in parliament to make vaccination optional

Many children in the former Soviet republic of Moldova are forced to stay home because, fearing that vaccination may have a negative effect on their health, their parents refuse to vaccinate them. Mandatory vaccination is one of the requirements to get enrolled at school, though the Ministry of Education disagrees with this policy.

After much debate, the relative law on health was approved as constitutional. Over 1,000 parents who refused to immunize their babies say their children are denied the right to education. However, a legislative initiative to better manage exceptional cases of unvaccinated kids at schools was blocked when several Parliament Commissions said that such a permissive law would demotivate many other people on immunization. But a new proposed law from the ombudsman - soon to be considered by parliament - would make vaccination optional.

Kindergartens in Moldova are reluctant to enrol unvaccinated kids

Tatiana, a 30-year-old mother, tried to find a solution by herself, since she thinks that vaccines can be very harmful to her kids. Many parents who think the same have no other option than to falsify medical documents so as to prove they respect educational institutions' restrictions.

Kindergartens in Moldova, in fact, refuse to enrol unvaccinated children on the basis that they could spread viruses. On the other hand, parents who refuse to vaccinate their babies are more likely to keep them home, believing that this saves them from exposure to risk.

Since several reported cases of infant death or illness due to vaccinations, more and more parents have been knocking at the doors of medical institutions to convince doctors that refusing the immunization program does not bring any danger.

Tatiana tried to enroll her two babies at two kindergartens in Chişinău, the capital of Moldova. The administrations of the kindergartens said they understood parents' fears of refusing immunization, but that they could not accept the child without a medical certificate proving they have been vaccinated.

Tatiana's only remaining hope is to find a private kindergarten. She also says she succeeded in convincing a doctor that it was her choice not to immunize her child. “Some doctors agree with us, but they are obliged by the Minister of Health to obey orders to run a campaign in favor of immunization. I talked to a few doctors who were against such policies,” says Tatiana.

The Ministry of Education goes in favour of parents' choice

Both educational institutions and doctors refer to a Law on State Supervision of Public Health, which directly excludes educational enrolment of children who are not vaccinated.

Health care workers are aware of a new trend of refusing vaccination, but efforts are made to convince parents that immunization is not harmful and that, ultimately, parents have no other choice.

“The Prevention Health Service has sanctioned many school directors because they admitted unvaccinated kids. On one hand, they must respect the child's right to education based on the Ministry's requirements and the Constitution, and on the other hand, they get sanctions from the Health Ministry,”said Josanu.

According to Arcadie Astrahan, an independent expert from UNDP, exceptional cases should be managed differently so that all rights are respected. “Basically, the unvaccinated kids should not be denied the right to education because they are already protected of any viruses since the other kids in the class are vaccinated, meaning, there is a community immunity assured, especially for those kids who have medical contraindications,” says Arcadie Astrahan.

Doctors say unvaccinated kids can cause harm to others

Anna, a 38-year-old mother, does not vaccinate her child because of medical contraindications. “The kindergarten administration called me many times to take my child out of school because of medical controls at the institution. They were afraid that my child would cause them problems,” says Anna. She thinks unvaccinated babies pose no danger to other children.

Nadejda Șmacenco, director of Kindergarten No. 92 in Chişinău, argues that her institution simply obeys the current law because the institution would be sanctioned if there were a sanitary inspection. “We cannot admit unvaccinated kids because they are a danger to others' health, they often cough,” Smacenco explained.

Elena Robu, deputy director of Clinic No. 1 in Chişinău, says that in 50 years, Moldova could reach Somalia's level of infectious disease if all parents refused to immunize their babies. “Why should we expose our kids to such a risk? If a child accesses any social community, their immunity needs to be as high as possible,” explains Robu.

The quality of vaccines in Moldovan clinics is unreliable

Anna, along with hundreds of other parents in Chişinău, does not trust the quality of current vaccines. “Some of the vaccines are necessary, but I found that most of these weaken the immunity of the child and the probability of catching a virus is quite high. I have a friend whose child got tuberculosis despite having been vaccinated for it,” Anna says.

Even parents who vaccinate their children sometimes disagree with it, but say they feel obliged to respect the immunization program. “There is no research on whether vaccines are really effective. No one is assured about their quality, so we cannot trust that even recommended vaccines will help the child fight a virus. If they were effective, the tuberculosis infection rate in our country wouldn't be so high,” said a parent on the street.

Other parents expressed concerns about expired vaccines, or vaccines preserved under non-hygienic conditions. Another said that they complied with the same regulations in Soviet times and that they trust that nothing bad would happen.

Laura Turcan works at the National Center for Preventive Medicine and says that Moldova meets all the conditions for risk-free immunization. However, she said she recognizes that private clinics often buy vaccines from countries with higher standards, where products are of better quality.

"Vaccines in public clinics are purchased with state funds, which are limited, so they are bought at cheaper prices and therefore are of lower quality. They are made in countries such as India, Vietnam and Indonesia, and often cause side-effects in children," explains family physicians in Chişinău clinics.

Since 2001, the Moldovan Government and the Ministry of Health have increased allocations for the purchase of vaccines from 78,000 USD to 456,000 USD on an annual basis.

The Constitutional Court decided that the law is not exaggerated

An independent health expert from the UNDP, Arcadie Astrahan, says that the Law on Public Health should be revised because imposed treatments which contradict the beliefs or consent of another person should not be allowed.

The Court did not take into account the position of the Ministry of Education, which was reluctant to impose such a requirement. The ombudsman on children's rights shared the same concerns, and helped collect the concerns of about 1,000 parents, which were presented in Court.

An independent member of the Parliament, Sergiu Sirbu, initiated a legislative project to allow educational institutions to accept unvaccinated children to enrol for studies. The MP believes that mandatory vaccination is discriminatory.

"I consider this is a serious violation of the right to education and such a provision should be immediately removed. Limiting access in schools is a serious challenge to international and constitutional standards. The state has all the means to fight against the spread of infectious diseases, but that should not be by restricting the rights of children to education," said the deputy.