Bulgaria, the consequences of the pandemic on young students 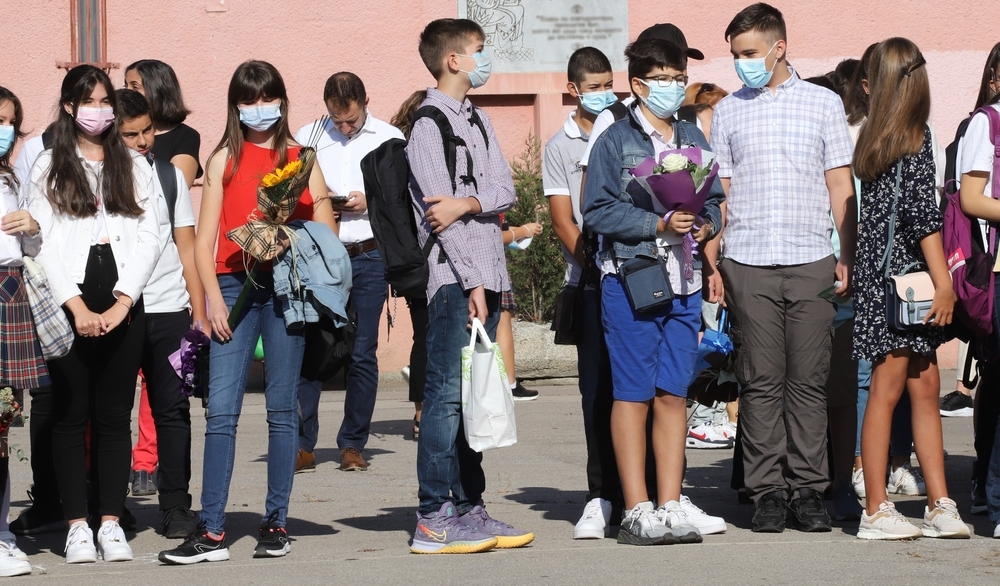 Bulgaria has been hit hard by the Covid-19 pandemic, especially at the expense of young students. The disparities have been particularly apparent in the more fragile communities, such as the Roma and Turkish ones

On the eve of the 2021 Christmas holidays, the school system in Bulgaria seems to have finally returned one step away from normality. As of mid-December 2021, over 80% of pupils and compulsory school students – from the first to the twelfth grade – are in fact physically back in the classrooms .

A result that is far from obvious in what is one of the EU countries hardest hit by the fourth wave of Covid-19, fuelled by vaccination rates below 30% and a certain skepticism towards prevention measures. To achieve this, the Sofia authorities have put in place a flexible strategy, which includes regular viral tests and green passes for children vaccinated or cured of the disease, and a more liberal approach in the municipalities with the lowest infection rate.

Overcoming the resistance of parents to tests – carried out in a non-invasive way – was not easy, especially at the beginning, and even here a compromise solution was reached: tuition in presence for the classes in which at least half of the parents gave their consent to the anti-Covid exam (percentage then changed to 30%); otherwise, the educational process continued online.

The impact of the pandemic on students

Despite the challenging tests of normalcy, the price paid by youth during almost two years of the pandemic has been heavy, especially for pupils and students from the most vulnerable families from an economic and social point of view, often part of the Roma and Turkish communities.

"The pandemic has increased the imbalances in the education system, a situation that has become obvious since March 2020, when the decision was made to switch to online education", Deyan Kolev, president of "Amalipe ", the largest Roma NGO in the country, tells OBCT.

Various factors have contributed to making school life particularly difficult for the poorest children. The first is of a purely material nature: "In the 270 schools we work with – attended above all, but not exclusively by Roma children", explains Kolev, "25-30% of the students did not have any tools available to follow online classes".

This is why various campaigns were launched to ensure that schools could receive unused computers, laptops, and tablets as a donation to allow everyone to follow classes from home, such as the one called "Old technology for a new beginning", promoted by Amalipe itself. An effort soon taken up by the Ministry of Education which, recognising the importance of the issue, diverted an important part of the  REACT-EU anti-pandemic emergency funds to the purchase of electronic devices.

The other big problem is related to how online education is implemented. While many schools have been able to implement the so-called "synchronous distance education", in which physical classrooms are replaced by online platforms while preserving direct interaction between children and teachers, many institutions, especially in rural or more marginal areas, have chosen or have been forced to switch to the "asynchronous" version.

"In this case the teachers could only send materials to the students, then trusting in their ability to process the information received without direct interaction", explains to OBCT Professor Marta Methodieva, teacher both at the National Classical High School "Konstantin-Kiril Filozof" and at the "San Clemente d'Ohrid" University of Sofia. "It is clear that in an already imperfect system like the Bulgarian one, the 'asynchronous' mode was destined to fail from the very beginning, with heavy consequences for the children".

“You can imagine the effects on those children who live in disadvantaged families”, Kolev points out, “with illiterate or poorly educated parents, who have been left alone and have not been able to follow or help their children. In the end, a paradox has come about: in city schools, and among the children of educated people, school results have even improved during the pandemic, while the exact opposite has happened among young people from poor families ".

Inequalities and strategies to overcome them

Over the months, most of the difficulties related to organisation and shortcomings in terms of devices available to students have been overcome. So much so that, according to Methodieva, “on the general level the Bulgarian school system has reacted in a surprisingly dynamic way, showing not a few examples of creativity and dedication”. The pandemic has then accelerated the digitalisation process of education, which would probably have taken much longer under normal conditions. The capacity to react, however, has been anything but uniform, and has left the institutions with more fragile capacities increasingly behind.

A fundamental role in preventing the furrow from becoming a chasm was played by school mediators, a figure introduced with increasing success in recent years, especially by schools and kindergartens with a high concentration of students with fragile family situations. Today around a thousand mediators are active in Bulgaria, mainly thanks to the funding received from the EU operational programme “Science and education for smart growth” , the rest supported by the budget of the Ministry of Education and other projects.

“Mediators were crucial, especially in the acute phase of the pandemic”, says Kolev. “They helped children use technological tools, they motivated their parents. Nobody pulled back, despite the risks to their health".

Despite the efforts, many problems – not very visible but potentially profound – remain on the table, such as the ability to deal with the consequences of the pandemic not only educationally, but also psychologically. "I do not think that measures have been planned and taken to provide psychological support to students", Methodieva tells us. “The system has focused above all on not letting kids miss their classes. No one has opened a discussion on the psychological price paid by children during the pandemic, and I see no steps in this direction”.

For Kolev, the most serious and immediate consequence to be faced, especially among young people from the Roma and Turkish communities, is the increase in the dropout rate. “With the pandemic and the closure of schools, many children have simply stopped attending. And especially in the Roma communities, many children have gone abroad to work with their parents". Also because, the special teams from 2017-18 that acted to monitor children at risk of dropping out and bring them back to school, stopped operating with the onset of the pandemic.

According to Methodieva, the pandemic has highlighted long-standing problems of the school system in Bulgaria, but without providing clear answers on how to overcome them. In recent months, the situation has been made even more complicated by political instability, which has led to confusing and inconsistent indications from institutions such as the Ministries of Education and Health, which have created more problems than they have solved.

“Especially for students from fragile socio-economic backgrounds, unfortunately I don't see much room for optimism”, concludes Methodieva. "If we then look at the Roma community, where educational achievement levels were already very low, the post-Covid situation today appears even more dramatic".