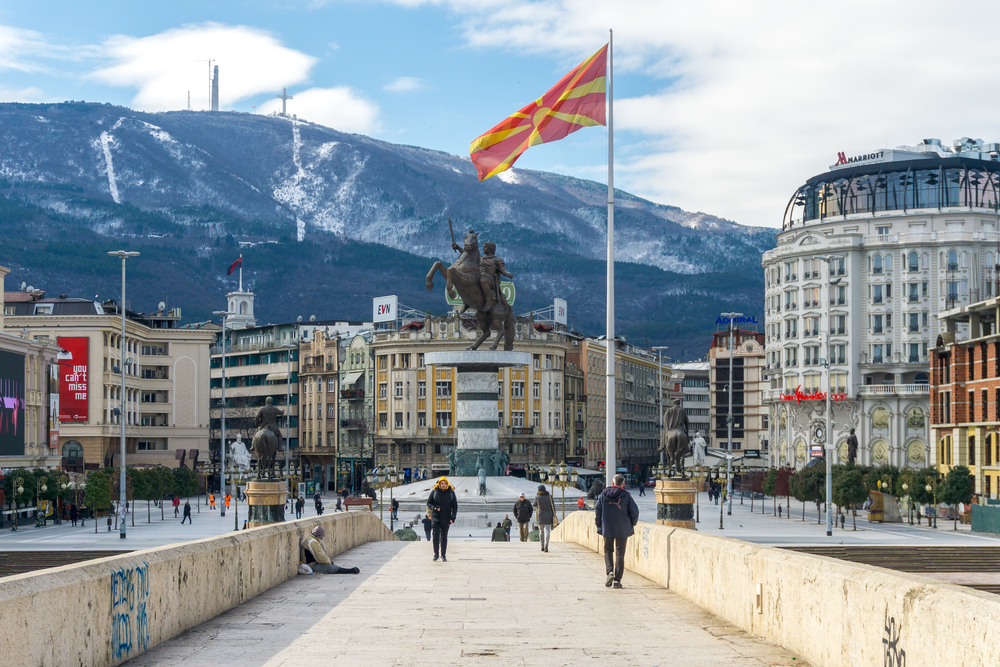 The local elections of last October changed the political landscape in North Macedonia, and in January Social Democrat Dimitar Kovacevski became the new Prime Minister. The declared goal of the new government is to overcome Bulgaria's veto and start EU accession negotiations

The results of the administrative elections of October 2021 in North Macedonia brought changes in the central government and a turbulent political situation of uncertain outcome. Eventually, a new government was elected in January 2022, but politicians and public figures remain doubtful about its ability to survive in the long run and successfully lead the country ahead.

The first outcome of the election results was the political marginalisation of Zoran Zaev, who first resigned from the position of leader of the ruling party (SDSM) and then from that of Prime Minister. In November, the Besa Movement left the government composed of SDSM, DUI, DPA, and Levica after clashing with DUI partners over the rural municipality of Zelino, near Tetovo. Despite their favourable results in the local elections there, according to Besa, DUI wanted to take over the municipality through their officials in several state institutions.

In the same month, there was an attempt by the new opposition formed by VMRO-DPMNE, Besa Movement, Alliance for Albanians, Alternative, and Levica to bring down the government with a vote of no confidence, counting on a majority of 61 out of 120 MPs in Skopje's parliament. The aim was to create conditions for either a new parliamentary majority or new general elections.

However, on the day of the scheduled voting in Parliament, one of Besa's MPs, Kastriot Rexhepi, did not show up, and so the motion failed and the government survived. In statements for the local media, Rexhepi explained that with this move he expressed his personal conviction and supported the political groups that he believes are the most able to contribute to North Macedonia's European integration process.

A few weeks later, Alternative decided to be part of the new government instead of trying to overthrow it and, despite having only 4 MPs, managed to secure three ministries after tough negotiations. On 12 December, SDSM elected Dimitar Kovacevski as the new president of the party. Shorly after, Kovacevski received a mandate from President Stevo Pendarovski to form a new government. On 16 January, a new government was elected with Kovacevski as Prime Minister and some new ministers from SDSM. There were no changes in the number of ministries and staff in DUI, but only some reshuffling in the remaining positions, given that the government now has ministers from Alternative.

The government now claims to rely on a stable majority with 64 MPs in Skopje's parliament. Yet, the largest opposition party VMRO DPMNE accuses Kovacevski to be just “an administrator” of a government where the real power lies is in the hands of DUI.

Prime Minister Kovacevski announced three key points in his programme: overcoming the economic and energy crisis, overcoming all problems related to Covid-19, and dealing with bilateral disputes – with an emphasis on the one currently going on with Bulgaria – in order to start the integration process in the European Union.

Macedonia expects the first intergovernmental conference with the EU and a date for the start of EU membership talks, but this has been repeatedly vetoed by Bulgaria, that demands greater commitment to good neighbourly relations and human rights, including the provision of constitutional guarantees for the rights of ethnic Bulgarians in North Macedonia.

Just two days after Kovacevski's election, the new Prime Minister of Bulgaria Kiril Petkov arrived at Skopje on an official visit – an act interpreted as an attempt by both countries to eventually resolve their misunderstandings.

“My colleague Petkov and I promised ourselves that we will use the new energy and a new approach based on mutual respect to improve the relations between the two countries. He and I have the same common goal – to create conditions for a better future for the citizens of the Republic of North Macedonia and the Republic of Bulgaria. The first big step has already been made with the agreement reached for Bulgaria to use the short name North Macedonia as well as the long name Republic of North Macedonia”, said Kovacevski at a press conference in front of numerous journalists from both countries and the wider Balkan region.

Hopes to resolve the impasse?

Kovacevski reminded that Petkov's visit coincides with the 30th anniversary of the recognition of North Macedonia's independence by the Republic of Bulgaria and that Macedonians and Bulgarians are close and friendly peoples.

Petkov expressed confidence that concrete results and new steps ahead will be reached in the relations between the two countries. A new Sofia-Skopje airline has been announced, which is expected to start its operations in 60 days, together with joint sessions between two governments and the creation of working groups in the fields of economy, trade, innovation, infrastructure, transport and connectivity, green policies, European integration, culture, education, science, and youth, which will result in joint projects and activities.

A large part of the public opinion in North Macedonia interprets this meeting as the first change of tone in the communication from both sides, and the new approach showed by the Bulgarian Prime Minister as a reason to hope for overcoming the dispute and starting the of EU integration process.