Science and work: how to relaunch Gabrovo, the "Bulgarian Manchester"

Why does a "whistlеblower" remain an exotic phenomenon for Bulgaria? 15/01/2018 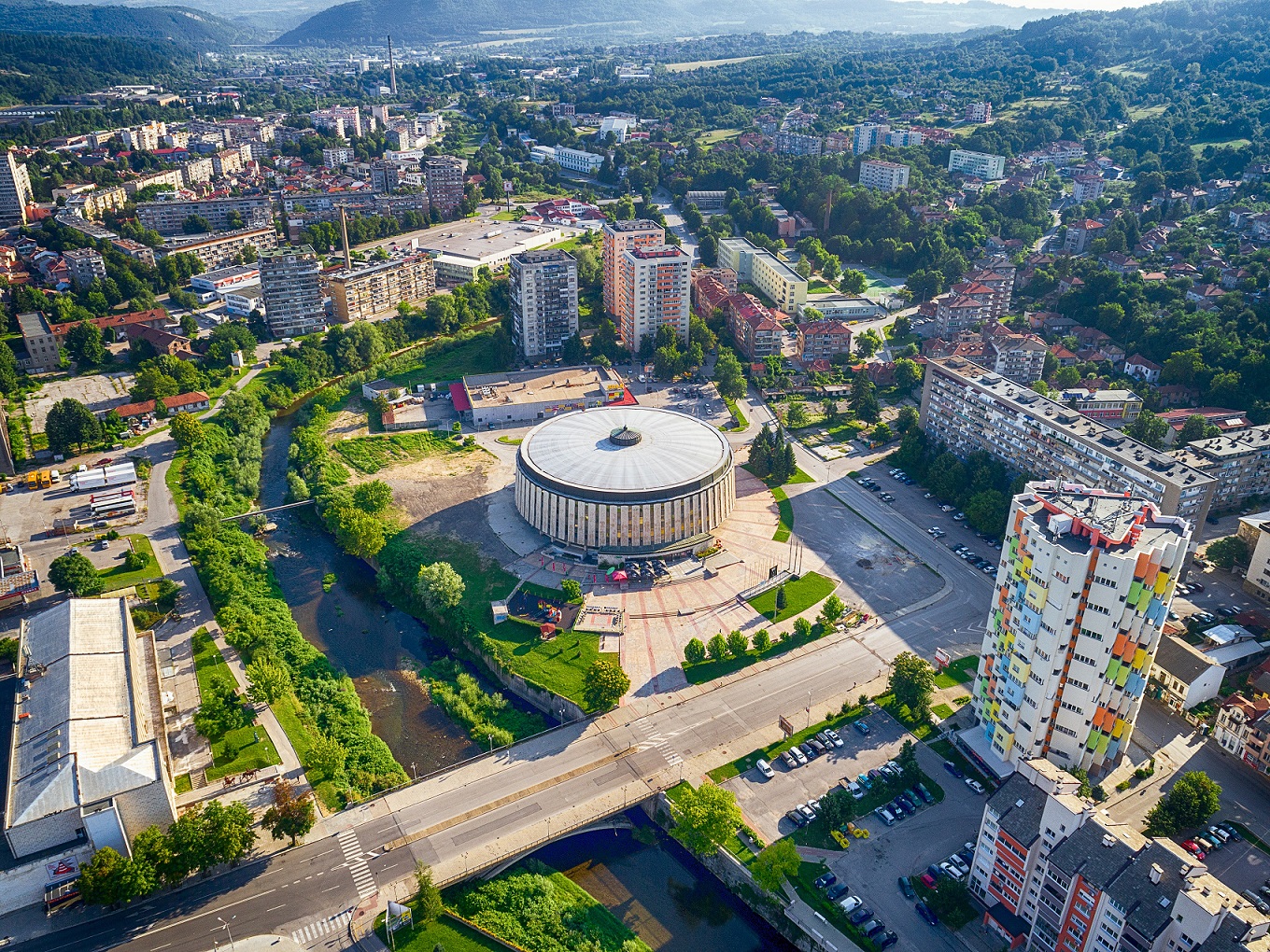 Gabrovo, in central Bulgaria, used to be one of the country's main industrial centres: to relaunch it, the city university has launched a Centre of Competence, to reconnect the academia and the business world and foster research and training

“Gabrovo was known for decades as the 'Bulgarian Manchester'. Here we have a consolidated industrial and technical tradition, which dates back to the second half of the nineteenth century. There are many challenges to returning to growth, and just as much knowledge and will to do so. I am convinced that the Centre of Competence will be able to make an important contribution”.

The words of Iliya Zhelezarov, rector of the Technical University of Gabrovo, balance leaps of optimism and the realism of those used to analysing reality with a critical eye.

The Centre of Competence for "Smart Mechatronic, Eco- and Energy Saving Systems and Technologies” , the result of a work that started in 2012 and officially inaugurated in 2019, is one of the most ambitious projects to return Gabrovo the status of industrial and technological hub that the city had long maintained in the history of modern Bulgaria.

Clinging to the northern slopes of the Balkans, in the geographical centre of the country, Gabrovo had taken advantage of centuries-old artisan traditions to establish itself as its first and main industrial pole, thanks above all to the textile sector, especially after independence from the Ottoman Empire. The first factory here was opened in 1882, and just twenty years later, at the turn of the 20th century, more than 20% of the entire Bulgarian industrial sector was concentrated in the city.

Such a tradition did not lose continuity under the Communist regime, which in 1964 decided to equip the city with a university to meet the industrial needs of the area, giving life to the Technical University of Gabrovo.

With the collapse of the socialist political and economic system, Gabrovo too, like all of Bulgaria, had to face a difficult and painful transition, with the closure or the strong downsizing of the industrial giants built in the decades of programmed economy, such as the kombinat "Kapitan Dyado Nikola ”, for a long time the largest producer of plastic products in all the Balkans.

Despite the difficulties, Gabrovo has managed not to lose its industrial vocation, and today 50% of workers are employed in this sector. "From our point of view, however, one of the fundamental links had been unraveled, the one between the university and enterprises that want to relaunch themselves with innovative ideas", explains Professor Zhelezarov in the bright meeting room of the "Centre of Competence".

This is why, about ten years ago, the idea was born of launching a centre of excellence capable of revitalising scientific and industrial capacities in Gabrovo. The path was long, but in 2019, also thanks to European funding [see box], the "Centre of Competence" was opened, housed on the hills behind the city, in what for many decades had been an elite recreational and holiday resort reserved for the leaders of the Bulgarian Communist Party, then passed to the municipality, and then made available to the University.

The "Centre of Competence"

The Centre of Competence for "Smart Mechatronic, Eco- and Energy Saving Systems and Technologies” of the Technical University of Gabrovo was funded for the period 2018-2023 within the Operational Programme "Science and education for a smart growth" (European Social Fund/ European Regional Development Fund) in collaboration with numerous actors, including the Technical University of Sofia, the Robotics Centre and the Institute of Electronics - BAS

The centre houses fourteen laboratories, equipped with state-of-the-art research and analysis equipment, in many cases unique to both Bulgaria and the entire Balkan peninsula. The labs respond to multiple purposes: first of all scientific research, with new tools that have enabled scholars to work on experiments and scientific publications.

"This possibility, unfortunately, has so far been severely limited by the Covid-19 pandemic, which has forced us to move a large part of the training activities online", says Professor Plamen Tsankov, deputy rector for scientific research and head of the laboratory for the analysis of luminous bodies. “Of course, once things get back to normal students will be able to go back. In the meantime, we have already seen that practice in the laboratories stimulates students perhaps more than any other activity".

The goal is to involve soon the city's high schools, especially those with a technical and professional vocation. "The effect is also psychological: with the opening of the Centre, many young people see that things are moving in Bulgaria too, that there is a future for them even staying at home", the rector maintains. “Inspiring students is the most important investment we can make for our community".

Despite the difficulties due to the pandemic, some of the laboratories have already developed a fruitful relationship with companies operating in the Gabrovo area, like the one led by Borislav Stoyanov, researcher, and assistant in the chair of industrial design, that provides machinery for "welding electron beam", a technology that allows to weld with extreme precision even between different metals.

“This technology has been developed mainly in sectors such as aviation and with applications mainly in the military industry. This is why so far, at least in Bulgaria, it has remained beyond the reach of civilian companies with more limited financial resources”, explains Stoyanov. "Today this is possible and some companies have already asked for our support, for example, a company that produces precision surgery instruments".

The possibilities offered by the centre are also available to public entities. "At the moment, our laboratory on luminous bodies is helping the municipality of Gabrovo to carry out a project of a general modernisation of public lighting, testing the quality and characteristics of the new equipment", says Professor Tsankov. "So far, the only way to implement them would have been to involve centres in Sofia or outside Bulgaria, but now our laboratories want to establish themselves as a research and service centre for our entire region, and beyond".

The laboratory led by Professor Tsankov will soon be certified according to EU standards. "I am convinced", he adds, "that this will give us a strong boost, significantly increasing interest in our services". The long health emergency linked to Covid-19 has slowed down the activities of the centre: to catch up, an online platform was created which facilitates communication between the center and the business world.

The optimism and spirit of initiative the inhabitants of Gabrovo are known for do not cancel the numerous challenges to be faced in order to relaunch the city. Despite a relatively vital economy and the undeniable beauty of the surrounding landscapes, the city has lost a substantial part of its population in recent decades, from over 81,000 in 1985 to just over 51,000 in 2019.

"Demographic processes are the main problem to overcome for our future", says rector Zhelezarov. “However, I remain optimistic. And structures such as the centre can play a fundamental role, concentrating both the technological factor and the know-how, and helping companies like Gabrovo to remain viable and competitive. Because in today's hyper-dynamic world”, concludes the rector, “being able to change and adapt to the new is what really matters”.