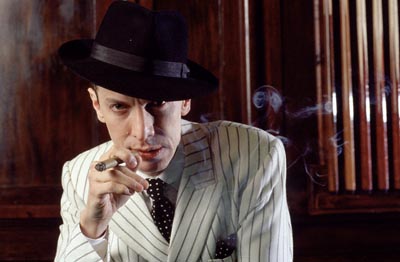 How was organized crime in Bulgaria born and how did it develop over recent years? Who are its protagonists? And what was its response to the challenges posed by the entry of the country into the EU? An interview with Tihomir Bezlov, senior analyst of the Center for the Study of Democracy

Tihomir Bezlov, senior analyst of the Center for the Study of Democracy in Sofia, is considered one of the major experts in criminology and sociology of crime in Bulgaria. Author of numerous publications, he writes op-eds for the major media in the country. He is the main author of the report "Organized Crime in Bulgaria: Markets and Tendencies", published in December 2007.

What are the major factors of organized crime in Bulgaria today?

The evolution of organized crime in Bulgaria follows the Russian model: on the one hand, there are structures that use violence. On the other hand, there are oligarchic groups that are less violent but because of strong links to the political word are capable of appropriating state resources through corruption and money laundering. Let's go a step back: during the communist regime, either due to the reduced scope of the country, as well as the totalitarian system of government, it could be argued that in Bulgaria, there were no conditions for the existence of real organized crime. With the collapse of the regime, however, we witnessed the state's loss of control over public life, combined with the dismantlement of the old repressive structures directly expressing the old power system. In these new conditions, the "monopoly of violence" has been partially ceded to private structures. The initial use of violence by groups which quickly became prototypical - often formed by ex-wrestlers or "heavy" athletes, the so-called "mutri" ugly faces - marks the beginning of organized crime in Bulgaria. However, their great media visibility overshadowed another type of crime that used webs of contacts and companies formed in the transition years and successfully profited from privatisation of state property. Today these groups exert political and economic influence far greater that organizations dedicated exclusively to violence.

Who belongs to this second type of organized crime? 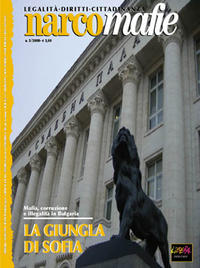 They are primarily former agents of the regime's security service and members of the old nomenclature. The group also includes representatives of the so-called "market professions", tolerated during socialism, such as waiters, cab drivers and so forth...which also during the former regime operated under the principles of market economy, and who subsequently were quicker in adapting, often using very brutally this ability of theirs in the changed circumstance. At this point, one should open the very broad subject of the borderline between healthy and criminal entrepreneurship in a situation such as the Bulgarian transition. In the beginning of the 1990s, the Soviet-dominated legislative framework remained, and it treated the very concept of entrepreneurship as antisocial. In order to survive, entrepreneurs had to move through murky waters and were constrained in some way to continuously break the law. In this sense, the distinction between criminal and non-criminal was not always very clear.

How did groups specialized in violence evolve over the years?

In Bulgaria, the "mutri" had the benefit of the biblical "manna": the embargo on former Yugoslavia, which could be compared to the situation in America during prohibition. Tens of millions of dollars were made from fuel smuggling. Another source of revenue was offering violence and protection from violence, a real racket, which by the mid-90s, had assumed mass proportions. After 1995, violence gradually declined because criminal structures formed "coalitions" giving birth to two big groups, "SIK" and "VIS". These groups were involved in the field of insurance. By using a wide network of branches throughout the country, they forced consumers to use their services. In 1998, these groups were excluded from the market and this moment may have marked the end of the "golden era" of the violent groups. Naturally, many members of these organizations managed to invest their earnings in other sectors and to move into other fields.

What happened with the oligarchic groups?

These groups, which I define as "criminal entrepreneurs", by virtue of being much less visible, have managed to integrate into the economy in a more profound way. They seek to control entire economic sectors. These groups consciously break the rules in order to gain maximum profit, and do this above all through corruption and political clientelism.

How did the perception of the phenomenon of "organized crime" change in Bulgaria? According to some analysts, the protests of environmentalists represent the first attempt for "rejection" by civil society? What do you think?

This is an optimistic interpretation, which nevertheless contains some elements of truth. The environmentalist movement in Bulgaria is not typical in the Western meaning of environmentalism, in the sense that it does not oppose specific conditions or actions, which endanger public health or the environment. Our awareness of organized crime is related above all to the perception of continued destruction of national property. Criminal business is absolutely greedy and unlike normal entrepreneurship, it does not create added value but to the contrary, it destroys value. A classic example is the behaviour of a considerable portion of the construction business, primarily in the coastal area, where illegal construction puts at risk the future prospects of the tourist industry. Unfortunately, this model of greedy development is not only linked to oligarchic groups but it is diffused at all levels. This situation creates dangerous liaisons, liaisons of interest with crime organizations.

In its last report, the Center for the Study of Democracy analysed the core markets for Bulgarian crime organizations: drugs, prostitution, stolen vehicles, and antiquity smuggling. Which groups control these markets?

Each of these markets is under the control of different groups. For example, in the auto-theft market there has been a complex evolution; from "forced insurance" we have arrived to a situation where regular insurance companies use criminal groups in the sector to recuperate stolen vehicles and identify perpetrators. Some groups are active in several markets, whereas other are specialized. In general, oligarchic groups are not present in these markets. Perhaps the only exception is smuggling of antiquities, which are collected and sold by persons who have strong political influence.

How did criminal groups adapt to the new conditions created by Bulgaria's entry into the EU?

Go to the full report of the Center fot the Study of Democracy, Sofia

Adaptation began long before the country's entry into the EU. Bulgarian crime groups oriented towards Western Europe years ago, even before the lifting of the visas for the Schengen states in 2001. For the Bulgarian crime scene, the common European space represented an enormous economic opportunity, affecting all the markets analysed in our latest report. In prostitution, for example, solid structures of "supply" existed for many European countries long before the integration perspective even began to become realistic. Criminal groups were far ahead of other segments of society in either making the best out from the opening of the common market or the problems in cooperation between police from different EU countries.

The report also discusses the issue of "superficial dialogue" between Brussels and Sofia concerning collaboration in the realm of security...

I believe that Brussels's communication, not just with Bulgaria but with many new members, is absolutely superficial. I have participated in projects managed by bureaucrats who had no knowledge whatsoever of the issues they were dealing with. At the same time, a lot of money is being spent on studies of awful quality. If we take reports concerning the chapter "Internal Security" produced during the process of Bulgaria's integration, they can be defined as "bad journalism" rather than serious study of the issue. This was not because of unskilled authors, but because of their total lack of practical significance, which essentially made them meaningless.

Are there then positive effects of Bulgaria's entry into the EU?

The positive effects also began appearing before the country's actual entry into the EU. The very prospect of entry in the short to midterm changed things radically in the 90s. For example, it prompted the entry of big multinationals in Bulgaria, such as in the wholesale market, which resulted in the drastic reduction of the market for smuggled goods. Over the course of one year, the opening of the first "Metro" hypermarket caused a dramatic decline in the business of "Ilientzi", which until that point was the biggest market of smuggled goods in the Balkans. The same thing happened in the banking sector: the entry of big international groups created the basis for normal crediting, sidelining the phenomenon of "grey loans", which were managed primarily by criminal groups.

Among the analysed crime markets, which is the most critical for Bulgaria?

I believe that prostitution, or rather, the export of prostitution is a particularly dangerous phenomenon for Bulgaria, primarily from a social point of view. During our research, we were shocked by the numbers. We knew there was a strong supply of sexual services on the international market, but we did not expect such a massive scale. In The Netherlands, Bulgarian prostitutes ranked first in the number of prostitutes who have contacted the police, exceeding those coming from much bigger countries in terms of population, such as Poland, Romania, Ukraine, and Russia. We have a similar situation in Germany.

What types of criminal organizations manage the export of prostitution?

Also, in this case, we have quite diverse structures. They are not very large however, as sometimes presented in the movies. They are often "family firms" whereby many pimps are related or even married to the girls they control. Then, there are mid-sized organizations, which manage 5-6 girls, whereas the largest ones manage 50-60 girls. The common feature we identified is that specific Bulgarian regions or cities "supply" specific European regions or cities. For example, prostitutes working in Strasbourg come from the Varna area; in Oslo, women come from Dobrich; in Valencia, women come from Gabrovo; in different Italian regions, the women are from Vratza and Plovdiv. It could be said that many criminal structures, which over the years had established strong positions in different areas of the continent, utilize their city of origin as a supply depot for the market of sexual services.

What is the role of human trafficking in this business?

This is a very complex subject. The classical form of this crime, with girls being abducted, taken abroad against their will, and being forced into prostitution, typical of the period of the wars in Yugoslavia, is practiced very rarely at present as it is risky for whoever does it. The model of today involves less violence, fewer breaches of the law, and bigger use of economic mechanisms, or in other words, of pure entrepreneurial mentality.

Bulgarian crime organizations do business with partners from neighbouring countries. Did Bulgaria's entry into the EU change the modalities for collaboration with criminal groups from the region?

It is still early for an in-depth analysis. In comparison to regional counterparts, Bulgarian crime groups had the huge advantage of the lifting of the visas for the Schengen countries. At present, with its entry into the EU, Bulgaria demanded visas for many neighbouring countries, and this has, to a large extent, complicated things for Bulgarian crime groups. An interesting aspect is the extreme conservatism of criminal structures concerning their ways of doing things. Let's look at heroin trafficking for example. The traditional route went through Turkey into Bulgaria, and then via Serbia into Western Europe. Today, rationally, traffickers should move to Romania, in order to avoid exiting and then re-entering EU space. However, they continue to pass through Serbia and to be arrested at the crossing of Kalotina: behaviour that, at first, is sight incomprehensible and paradoxical, which we still haven't managed to explain.