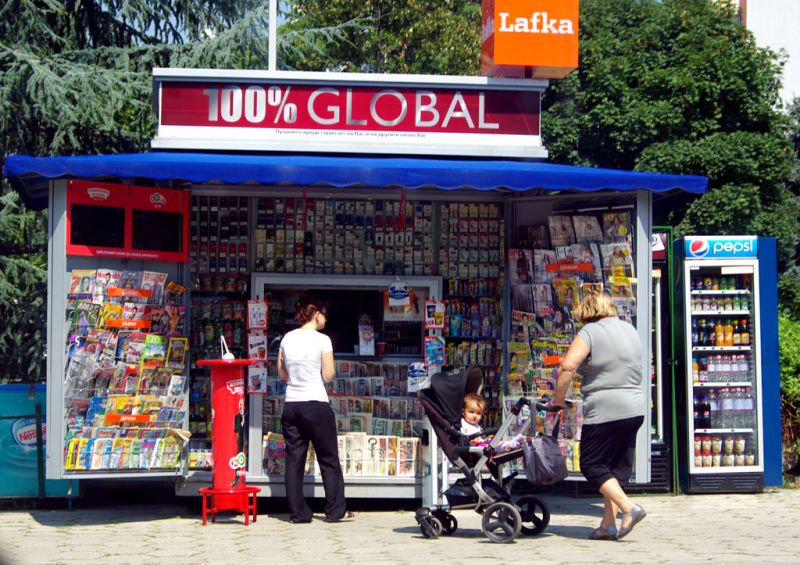 A talk with Dr. Lada Trifonova Price from Sheffield Hallam University on the state of information in Bulgaria, native country of hers on which she has focused her research

Lada Trifonova Price graduated in Journalism at Sofia University few years after the collapse of communism. She moved to UK, worked as a freelancer and now teaches Journalism at Sheffield Hallam University. She is also a Director of Education at the Centre for Freedom of the Media, based at Sheffield University. The decade of EU membership fell together with the deterioration of media freedom in Bulgaria, rather than the other way around. A snapshot of the current media landscape is given by Dr. Trifonova Price in this interview. Her chapter on media censorship and self-censorship in Bulgaria will be published by Routledge  later this month.

Would you say that the Bulgarian media market was ‘liberalized’ after 1989?

Democratization has been a long and painful process. Bulgaria belongs to the so-called “third wave democracies”, thus in the early 1990s there was a powerful drive for democratic change which was also reflected in the media market. The media landscape completely changed in few years: from state owned all media became privately owned with the exception of the state broadcasters and lots of new publications appeared. Indeed, there was fierce market competition. Foreign investors entered in the mid 1990s, not so early in comparison to other Eastern European countries. Initially they were mainly interested in the print market, as the German publisher WAZ, but later interest in broadcasting peaked too.

The traditional business model for mainstream media, not just in Bulgaria but in many other countries, is under threat and most are finding it hard to survive from sales and advertising. The global financial crisis in 2008-2009 made the situation worse. The crisis allowed the oligarchs to gain more influence. The German publisher WAZ left the country in 2010 mostly because of the intertwining between politics and economics, according to its owners. Worryingly Bulgaria is the most corrupt country in the European Union and that has a negative impact on media and journalism. One of the the main problem is that nobody knows who’s behind the media, who finances them. It is no surprise that trust in media is so low in Bulgaria. Ironically, in 2010 the Bulgarian Parliament approved a special legal provision for media transparency which is totally ineffective. Media ownership is transparent in theory but it is not in practice.

Is there any room for independent media?

This is a hard question to answer. The problem is that journalists who try to dig into corruption, for example, are often intimidated, harassed or threatened with defamation and label by politicians or other public figures. Luckily, the Courts are usually in favour of journalists so that they are rarely condemned. I would say that there is plenty of room for independent media in Bulgaria, but it’s hard for them to survive in a very challenging and hostile
media environment.

How tough is political influence nowadays?

You’ve probably heard of New Bulgarian Media Group, owned by the MP Delyan Peevski: he is the direct owner of several dailies and tabloids, but notably he owns 80% of the print distribution market. State advertising is increasingly destroying media independence. Public broadcasters such as BNT and BNR are supposed to be neutral and unbiased, but they are fully dependent on state subsidies and politicians tend to appoint their directors. Also private and - even more - regional media are dependent on state advertising, no matter how little the income from this is. Only online and digital media have managed to challenge traditional media to some extent but at they are lacking a sustainable business model.

Quite a paradox that media freedom deteriorated after the EU membership

After the accession criteria were met, reforms start to move very slowly in Bulgaria. The EU does not have the binding power to sanction Bulgaria for media freedom violations, in fact only OSCE and Council of Europe have tried to intervene on a couple of occasions. The EU should investigate how their funds are used, as Bulgaria’s government buys media comfort through the budget allocated for information campaigns by the EU. This practice is also known as ‘selective subsiding’ or ‘legal bribery’.

Bulgaria will hold the EU presidency until June: a chance to advocate for media freedom?

Five years ago the EU held a meeting on media freedom where it was stressed what should be repeated again today: Brussels must be competent to act to protect media freedom and to effectively enforce the Charter of Fundamental Rights, especially Article 11. New binding legislative mechanisms should be approved and enforced soon. This is the only way to put pressure on the member states that do not respect independent media and journalism, which are vital for democracy.