Romania: school starts in presence, with the usual chronic problems

Bulgaria, the consequences of the pandemic on young students 16/12/2021

Covid-19: the pandemic is testing the Balkan countries' education systems 03/12/2020 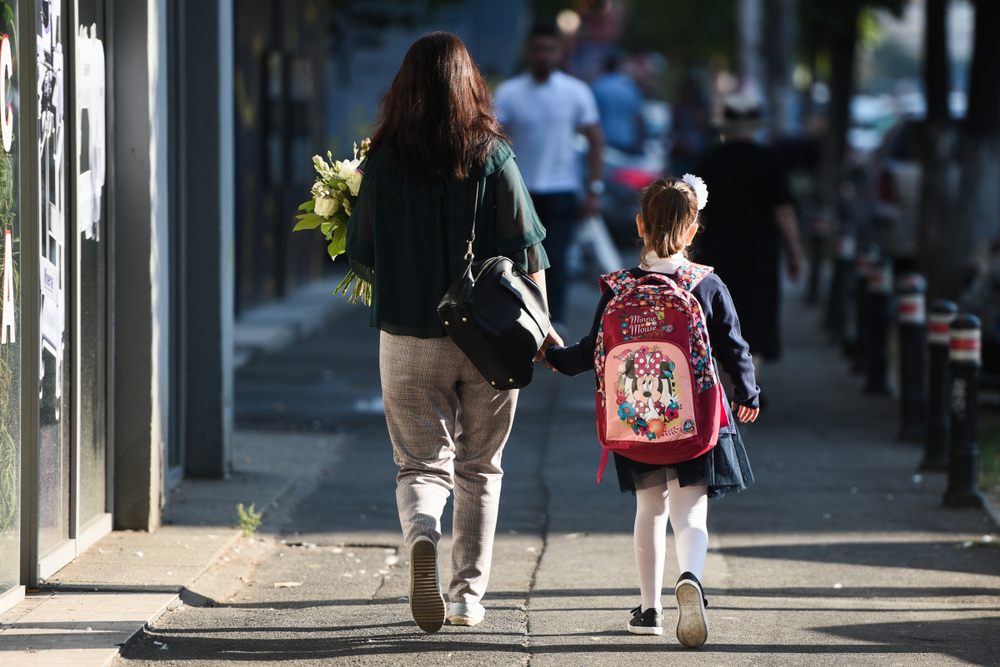 Last Monday, three million students started school in presence despite the fourth wave of Covid-19. In rural areas, 40% of institutions has no sewers

The bell rang last Monday, in Romania as well as in many schools in Italy. Three million students started the new school year, which will last 34 weeks. However, the authorities have already announced that from October the schools could close again (except for nursery schools, kindergartens, or in cases of special needs) and switch to distance learning if the infections were to exceed six cases per thousand inhabitants.

Capital Bucharest — warns Minister of Education Sorin Cimpeanu — is at particular risk. In fact, already in eleven municipalities, for a total of 2,400 students, school has only started online.

The beginning of the school year during the fourth wave of Covid-19 will in any case be marked by the rules against the spread of the pandemic: mandatory mask, one metre spacing between desks, ventilating classrooms as much as possible. Also, if a child tests positive, the whole class goes into quarantine for eight days. If, at the end of the quarantine, all are negative, the students will be able to return to class. However, every Friday the Directorate of Public Health will communicate what the rules will be for the following week.

After a summer respite, Covid-19 infections are increasing in Romania too, with over 2,500 cases recorded per day. Furthermore, the vaccination campaign has not had significant results, with only 30% of the population being vaccinated.

On the other hand, 61% of school staff is vaccinated. Meanwhile, the coordinator of the vaccination campaign, doctor Valeriu Gheorghita, announced the need to organise immunisation in schools as well. The vaccine can then be administered in school infirmaries or through mobile clinics.

So far, less than 10% of children between the ages of 12 and 18 has received the vaccine. The vaccination campaign for schools and universities is voluntary and involves school staff, pupils, and students as well as parents. The goal remains to ensure school attendance as much as possible, but Romanian politics has never talked about the need to introduce any "green certificate".

An invitation to school in presence and in safety during this fourth wave of the pandemic arrived from the World Health Organization and Unicef. When schools are closed, children lose the opportunity to study and interact with their friends, and are more exposed to violence in the family. The accounts of Daniela Niste, middle school vice-principal in the small village of Seleus (county of Mures, central-north of the country), are emblematic.

During an event organised by the “Romanian Business Leaders” foundation, Niste said: “After just three days from the start of the lockdown, a message arrived on the school's Facebook page: Madam principal, when do we start school? We haven't eaten in days”. An extreme, but unfortunately common situation: for ten years an after-school project has been active in that school in collaboration with an NGO, which, among other things, offers students a hot meal.

According to a study carried out by World Vision, the impact of the pandemic in rural areas of Romania has been dramatic: 40% of pupils has not been able to follow online classes, and 40% of parents has been unable to provide their children with sufficient food, hygiene products, or medicines.

In no uncertain terms the newspaper Adevarul (Truth) defines the schools in many Romanian villages as “from the Middle Ages”, stressing that 38% of the schools in Romania is not served by sewers. In the cities, the percentage is around 7%. And as a consequence of the lack of investments in the sector, Romania is the European country with the most crowded classes. Eurostat indicates that in the country there is a teacher for about 20 children, against a European average of 13.5. All this, with the anti-pandemic rules, makes things even more difficult.

Another sensitive point of Romanian education remains school dropout. 90% of students enrolled for the eighth grade exam this year, which means that about 16,000 students have given up studying. According to official data, four out of five children finish middle school, while only seven out of ten finish high school. Most of the children who drop out of school live in rural areas, in poor families, often belonging to the Roma community. Children with disabilities are also often marginalised from the school sector.

It is estimated that as much as 30% of Romanian children lives below the poverty line and Romania remains among the European countries with the highest number of functional illiterates (people capable of reading and writing, but lacking many useful skills in everyday life).

The first to send a message for the beginning of the 2021-2022 school year was Patriarch Daniel. The leader of the Romanian Orthodox Church spoke of the usefulness but also of the limits of online education as well as the role of the family in the education of children.

The new school year in Romania begins in an unstable political context, with a ruling coalition in crisis. A political crisis that adds to the economic one, with an inflation index that exceeded 5% in August.