Covid-19: the pandemic is testing the Balkan countries' education systems 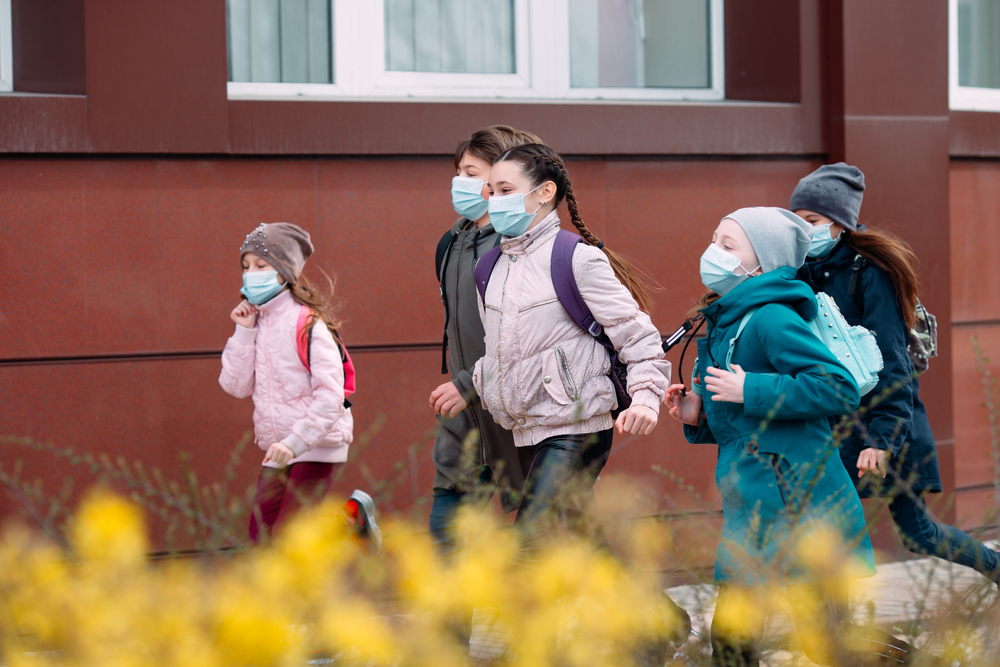 Poor investments, politicisation, little regard for teachers: the pandemic has exacerbated the structural limits of school systems in the Balkans. The case of Kosovo

The coronavirus pandemic exposed the existing structural problems of the education system in the Western Balkans. Online teaching has led to digital exclusion, deepening ofthe  urban-rural divide and increasing dropouts and functional illiteracy (the inability to effectively use reading, writing, and calculation skills in everyday situations, ed.) among students.

Over the past decades, almost all Western Balkan parents have struggled with ensuring their children get a qualitative education. Although national governments have rhetorically promised investments and reforms in education, the pandemic outbreak in March showed how none was ready to put in practice pages of strategies and action plans backed by foreign donors.

In fact, the pandemic has laid bare the stark structural disparities. Depicting the risk of contagion as “the great equaliser” has misrepresented reality. In the Western Balkans, Covid-19 has exacerbated the already significant structural inequalities, causing democratic backsliding and worsening the living conditions of those already affected by poverty and post-conflict scenarios. Despite the growing attention paid to education since September, the disparities exposed in March have worsened the urban-rural divide, labour exploitation of teachers and school personnel, and underdevelopment of the peripheries.

“Out of the blue, within 24 hours, I had to reinvent myself into a digital teacher of 20 first-grade pupils”, said a teacher from Albania. “I had to hand out materials door-to-door for those students who lacked Internet connection and digital tools”, added her colleague from Serbia.

The vulnerabilities of the Western Balkans' education systems were already known to many. Several international reports, including PISA 2018, have raised awareness and incentivised local governments to take action. Poor performance is linked to decreasing public spending, political interferences, and little interest in investing in teachers' careers. A clear symptom of the paralysed education system is the growing number of students leaving for studies abroad, with the major challenges faced by those who decides to stay.

The case of Kosovo

Under the EU-facilitated dialogue between Serbia and Kosovo, Brussels urged Prishtina and Belgrade to strengthen cooperation in the field of pre-university education in the areas of both countries with significant minority populations. Except for some proposals advanced by the Party for Freedom and Justice in Belgrade, the concept of education as a means of reconciliation has been largely ignored. The pandemic revealed how the EU-recommended reforms aimed at improving the quality of education and ensuring inclusion of the groups at risk never materialised.

Instead of taking a comprehensive approach based on the common interest for the younger generations, education policies have fuelled more political tensions. Last September, the three-week postponement of schools’ reopening in Serbia - and therefore in North Kosovo for schools directly supported by Belgrade - brought Kosovo’s Minister of Education to criticise the Serbian parallel institutions in the north of the country.

However, the delays stemmed from Belgrade’s unpreparedness to properly assess and manage contagion risks rather than actual will to disregard Prishtina's decision. The absence of safety protocols and clear, shared procedures for the academic year 2020/2021 do however reflect the little political will of both countries to restore the EU-facilitated reconciliation talks during the pandemic.

Although online teaching platforms could have been an opportunity to rethink and reboot pre-university education in summer, securing the right of education for all, digitalisation was far from properly discussed. Consequently, a proper and sustainable option has not been found yet.

Furthermore, as confirmed by the European Commission’s annual report, in Kosovo a number of educational centres currently risk being closed, affecting primarily the ethnic Roma and Ashkali pupils. Not long ago, these centres used to provide useful alternatives for (re)integrating youths from marginalised communities and contributing to a slight decrease of dropout rates.

In the cases where school hours have been rescheduled and reorganised through distance-learning and online platforms, such digitalisation has exacerbated disparities. Public schools in rural areas have been affected the most, being unable to handle a new phase of disinterest in education among students and their families. While the former are currently sceptical toward remote education, the latter are reluctant to use IT devices due to the high level of poverty they struggle with.

Many pupils and teachers of the Serb minority in Kosovo's rural areas criticise the lack of educational programmes and training for professions on demand, which could have been organised during the pandemic in the attempt to diversify models of education and prepare communities for the post-pandemic period. This aspect is crucial for minorities where monolingualism is a problem not only in teaching, but also in the labour market and cooperation between civil society and institutions.

Rather than a lesson learned, the re-opening of schools appears to be a lesson yet to be learned. In light of political polarisation and general lack of (credible) data on the evolution of the pandemic, better equipment for all schools in 2021 is an immediate necessity.

Approaching education in a transnational perspective would be crucial to tackle the consequences of the pandemic and offer a concrete perspective to the students. As education is a key predictor of future employment, the risk of losing an entire generation in the region must be avoided at all costs.

This article was written as part of wider research and advocacy efforts supported by the Kosovo Foundation for Open Society in the context of ‘Kosovo Research and Analysis Fellowship’.