When young refugees in Greece go to school 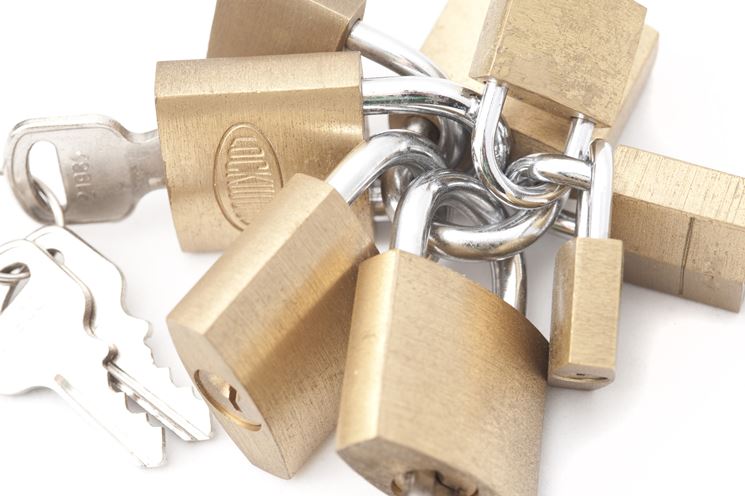 In Greece, 20,000 minor refugees have recently started attending local schools. This decision has caused both fear and denial, but the majority of the population is in favour

There's a version of Greece invocking locks. And there's another Greece openly welcoming young refugees. Our report about the first day of school for the small Syrians, Afghans, Iraqis - just out of the refugee camps and ready to enter the classrooms - starts at Volvis and at Oraiokastro, two villages in the countryside near Thessaloniki.

Here, the sound of the first bell was accompanied by the slogans of protesting parents, worried about their children mixing with the refugees: "They couldbe contagious!" "Let them stay in the refugee camps."

In Volvis, a village with 26,000 inhabitants facing a lake a few kilometres from the sea, a few patriots had actually locked the gates of the elementary school in the Profitis suburb, and hoisted two Hellenic flags to keep out the 41 immigrant children assigned to the city.

Not only that: on the morning of the 10th October, only 13 Greek students arrived at school out of 130; the others were kept at home by their parents. "If they really have to study outside the refugee camps, then they should attend the school at some other village nearby. To Evanghellsmo or to Nymfopetra. Anywhere but not with us" said Athanasios Karagoylias on the local radio, Agency 104.9 fm. He is the president of the Profitis community and he is sending a warning to the Ministry of Education, in charge of the School plan for the refugees: "We will continue our protest. We may even occupy the school."

The same scene is happening at Oreokastro, where anti-immigrant parents not only raised flags, but also sang the national anthem and threatened to lock the gates.

And to think that the first immigrant lock-out took place on the island of Lesbos, a symbol of Hellenic solidarity towards the immigrants rescued from death on the rubber dinghies and visited by the Pope a few months ago.

At the scary thought of welcoming 15 young asylum seekers, distributed into three different kindergartens, a group of parents locked the gate of primary school number 8 in the city of Mitilene. The lock was removed after the president of the Parents' Association, Maria Kourdusà, resigned. She said she was embarrassed by the actions of her colleagues. "I can understand the worries of some parents, but the place for the refugee children is with other children. I invite all the mothers and fathers to reflect that once our grandparents, then refugees from Anatolia, studied in this school. It is our duty to help these children and it is the best lesson for our children to learn."

In Thessaloniki things went better at the 67th elementary school: 23 young foreigners with shiny new satchels and text books were led into their class rooms by the mayor, Yannis Boutaris in person, to the applause of the Greek students lined up in the courtyard.

Locked doors, nationalist slogans, second thoughts have been triggered by the arrival of 1,500 children brought to local schools in 13 buses from refugee camps in Elaiona, Lavrio, Langadika and Konitsa. Children of elementary school age and a minority of secondary school children all armed only with bright new satchels and text books.

They will now start attending Greek and English language classes in the afternoon, between 2:00pm and 6:00pm, in order to be able to join normal Greek classes or later transfer to another European country.

This first group of 1,500 young refugees is expected to expand. The ministry plans for the program to include a further 20,000 under-age refugees who have come to Greece over the last year. They will not only learn Greek and English, but will also have gym and art lessons. Only later will they slowly join the "normal" classes.

Even so, this first group has caused fears and heated debate. "It is only a minority of parents" emphasizes Thalia Dragona, demographer and director of the Faculty of Pedagogy at the University of Athens. Dragona has been working more than twenty years first with the integration of Muslims in Tracia near the Turkish border, and recently with the wave of immigrants from Eastern Europe and now the Middle East and Far East.

"You need to consider the data collected in a survey by the daily Kathimerini regarding the first days of school for the young refugees", continues Dragona. "64% of Greeks are in favour of their inclusion in our public schools. Only 19% are on the side of the "locks". So I'm optimistic. This does not mean we should ignore the fears of some parents: we should listen to these fears, understand them and address them with sensible answers". Which are these fears?

"The first concerns relate to health issues: we need to explain to these mothers and fathers that all the children from the refugee camps have been vaccinated and their vaccination record is in line with European standards. Their children have nothing to fear, unless, of course, they have not themselves been vaccinated. Second point: leaving these children closed in a lager away from society is a dangerous choice which could breed malcontent and cause the explosion of devious behaviour: school is the best arena for knowledge and reciprocal enrichment. Third point: the Greek public school and its teachers are well-prepared to receive these children both from a didactic and psychological point of view, because we have twenty years of experience behind us".

Statistics show that it is mainly the elderly, the poor and less educated who fear foreigners. As far as we can see, the reason for most of the protests comes from being faced with "accomplished fact". The parents have not been advised and the students are only told that "on Monday they will have some new foreign classmates". This is what sparked the protests at Lesbos, Oraiokastro and at Volvis.

"Our community is not right wing, but in this way you risk turning us into Chrysavghites, Golden Dawn fans!”, warns Asterios Gavotsis, the mayor of Oraiokastro. It might be a good idea to organize informative meetings in the local communities to answer their fears, as the expert, Thalia Dragona, advises. "Take the case of Lesbos", says the scholar. "Its inhabitants have shown extraordinary capacity for welcoming and solidarity. However they saw their main source of income, tourism, hit. Life on the island has changed. These fears need to be addressed."

A bit of optimism

Discomfort and bitterness are caused also by European policies, where many Member States refuse to accept a quota of refugees, with the result that they remain imprisoned in Greece as well as in Italy. "This is already a fact, and people here have in in mind very clearly," notes Dragona. "and we need to take it into account. In any case, while waiting for a more well-targeted solution from Brussels, we cannot leave the foreign children in ghetto schools within the refugee camps. I will never grow tired of repeating that in the medium term, this solution is dangerous. Anyway, we need to think about their future and that of our children, which for most part will be the same. And this has a positive side. Many of my students from the Faculty of Pedagogy do training in the refugee camps. They came back enriched by the experience of being able to communicate with these children even though they do not speak their language. How do they do that? By playing football, drawing, organizing small musical bands."

"A few private schools in Athens", concludes the demographer, "have already accepted these children as an experiment. They can't wait to get out of the camp to feel the same as other children. The weekend is sad because Saturday and Sunday they can't go to school with their new friends. It is these things plus the survey that shows 64 percent of Greeks are in favour of integration that make me feel optimistic".