The problem with refugee camps in Greece 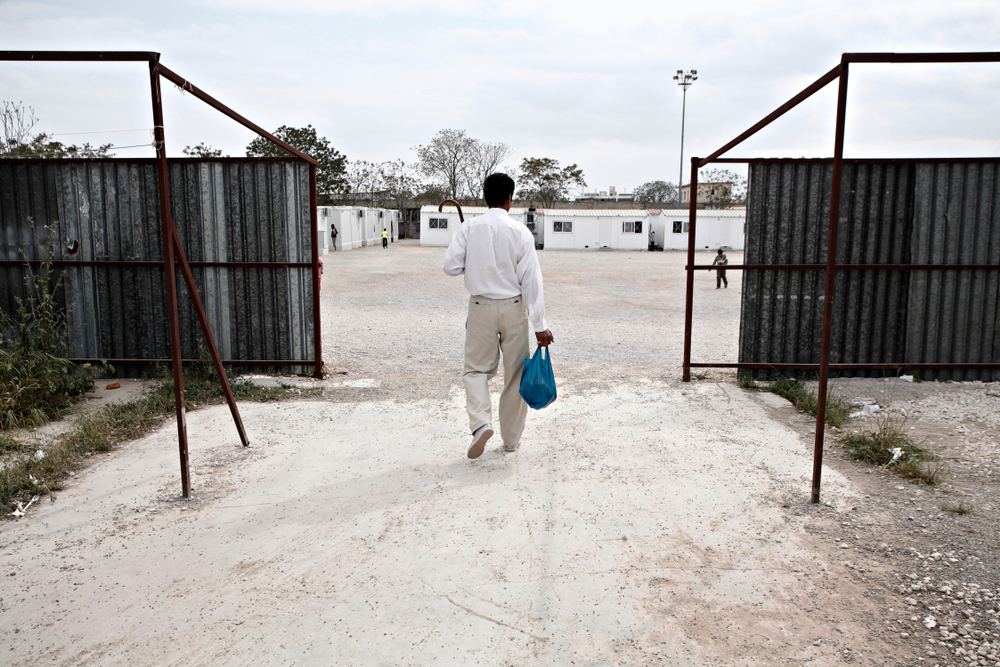 More than 100,000 migrants and refugees are still present in Greece. Many of them live in refugee camps, which are not appropriate accommodation solutions because of their location in faraway, poory connected areas

“Europe is no longer experiencing the migration crisis we lived in 2015, but structural problems remain”, said Frans Timmermans , Executive Vice-President of the European Commission last March. According to the EU, the refugee-migration crisis is over. The number of people seeking asylum in Europe has dropped and new EU policies halted the movement of undocumented migrants. To strengthen its argument European Commission has prepared a file where it debunks the myths about migration.

Refugee-migration crisis may not dominate anymore the headlines like in 2015 and 2016, but this does not mean that has ended. It is taking place at the bloc’s peripheries like Greece and Italy, where thousands of people are stuck at refugee camps.

Living in refugee camps in Greece

UNHCR states that the influx of asylum seekers to Greece – the main entering point to the EU – has risen during the last year. The numbers cannot be compared with the ones back in 2015, however the islands of Eastern Aegean are overwhelmed. For many years Greece has been unable to manage effectively this crisis. “I will say this clearly: I will raise the matter of specific sanctions for European countries that refuse to take part in a fair distribution of refugees on a European level,” said the new Greek PM Kyriakos Mitsotakis.

According to UNHCR, there are about 109,000 refugees and migrants in Greece. 70,200 of them live on the mainland (refugee camps, apartments and hotels) and 38,800 on the islands, under dire conditions. OBC Transeuropa collected and analyzed data on the refugees and migrants who reside at refugee camps in Greece, and spoke with the Greek government, international organizations and NGOs, as well as with the European Commission.

Before proceeding to any analysis it’s important first to see what is a refugee camp. According to UNHCR, “a refugee camp is intended as a temporary accommodation for people who have been forced to flee their home because of violence and persecution. They are constructed while crises unfold for people fleeing for their lives. These hastily built shelters provide immediate protection and safety”. The first refugee camps in Greece were built back in 2015, however the country has already had detention centers. Throughout the years, many refugee camps have closed and reopened.

According to IOM’s November factsheet, currently, 30 open accommodation facilities are currently operating in Greece – one of them (Korinthos) operates as a transit accommodation site. In total, they host 23,248 refugees and migrants (either registered, unregistered or visitors). More specifically, there are 5,012 accommodation units, with a total capacity of 25,333 places. According to IOM, the refugee camps cover an area of 1,287,991 m2. The majority of the people live in the regions of Attika (7,308), Central Macedonia (6,486) and Central Greece (2,710). 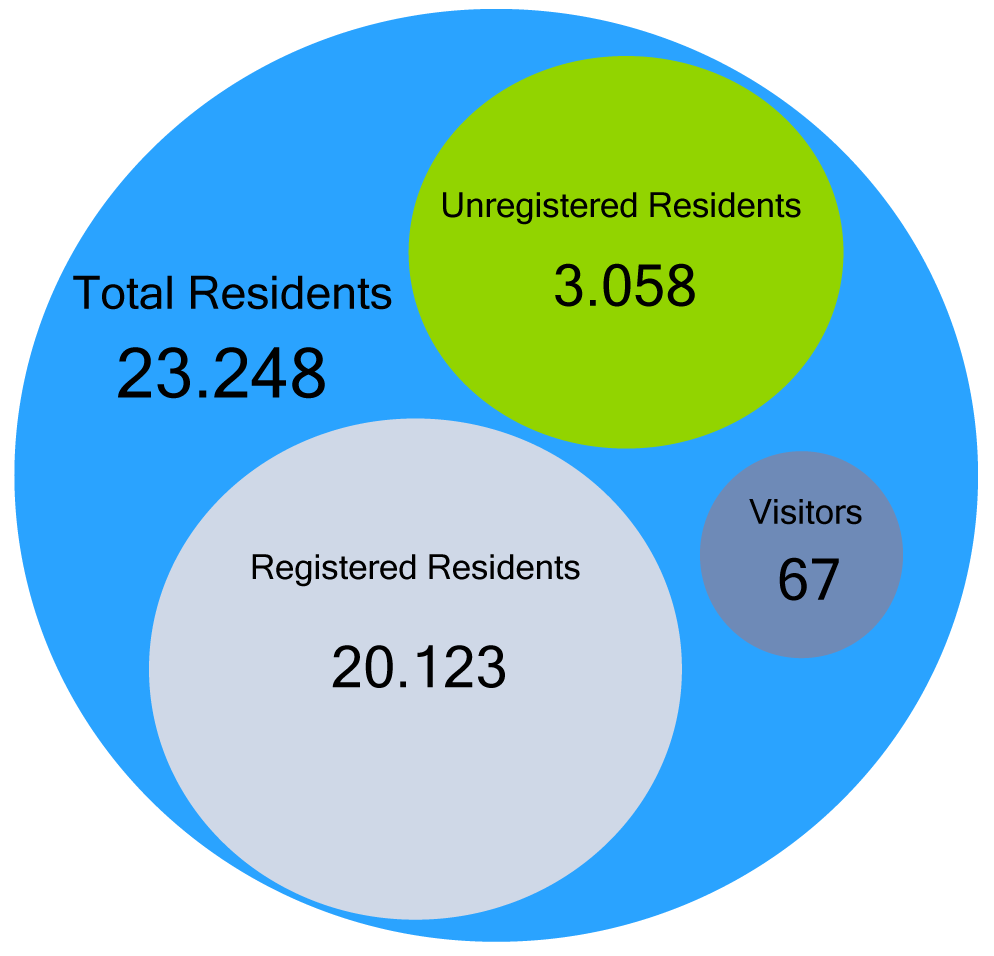 Could these sites become long-term facilities?

Most refugee sites in Greece are camp-like facilities with housing units (containers), while some are in buildings. After the outbreak of the refugee crisis in 2015, in some camps containers have replaced gradually the tents. “Obviously, the accommodations are not suitable for the weather, but we are lucky to live in a country where the weather is not bad. However, we have always said that these sites are temporary and therefore temporary was the accommodation”, stated Manos Logothetis, Special Secretary for First Reception at the Ministry of Citizen Protection, criticizing at the same time the previous government’s mismanagements.

In 2018, UNHCR and other organizations published a factsheet with detailed information on Open Reception Facilities and Reception & Identification Centers in Greece, also known as hotspots. At that time, they stated that refugee camps provide temporary housing. However, starting from July 2019 IOM’s factsheets describe the camps as long-term accommodation sites. IOM Greece, with the support of the European Commission and in collaboration with partners such as the Danish Refugee Council, Arbeiter Samariter Bund and UNICEF, provides site management support services. We asked IOM Greece if these sites in their current form (e.g. containers located many kilometers away from hospitals and public services) could really become facilities for a long stay. IOM preferred not to give an answer, saying that it has only a supportive role and that the Ministry of Citizen Protection is more competent to respond to this question.

Special Secretary Logothetis told us that the expression “long-term” does not define the duration of the accommodation for a single individual, but how long the sites could be kept operational and functional. According to him, the term was used for the first time by the previous government, at around the time when the new program for integration Hellenic Integration Support for Beneficiaries of International Protection (HELIOS) was implemented. “The country cannot provide a permanent hosting system for 100,000 people, as it is happening now. It should have by analogy a much smaller hosting system with proper structures”, stressed Logothetis. We asked for the opinion of the European Commission on the long-term character of the Greek accommodation sites, but one of its spokesperson replied that the Commission is still analyzing the new measures of the Greek government.

The problem of the distance

Many of the camps are located in remote areas, like old factories and military bases many kilometers away from the city centers, while others are quite close to populated areas like towns and small villages. Of the 30 existing camps, 23 do have access to public transportation (buses and trains) and 7 don’t (Volos Refugee Camp, Andravida, Grevena SMS Hotels, Oinofyta, Ritsona Refugee Camp, Serres and Thiva). We asked IOM how frequent are the buses at each camp and a spokesperson told us that public transportation varies from site to site.

IOM stated that in case of emergencies the organization’s staff transfer residents to medical or other services. Besides that, information in all languages with emergency numbers are available at every camp and the population is offered sessions to learn how to respond. At the same time, there is 24/7 staff in the unaccompanied minors’ shelters. 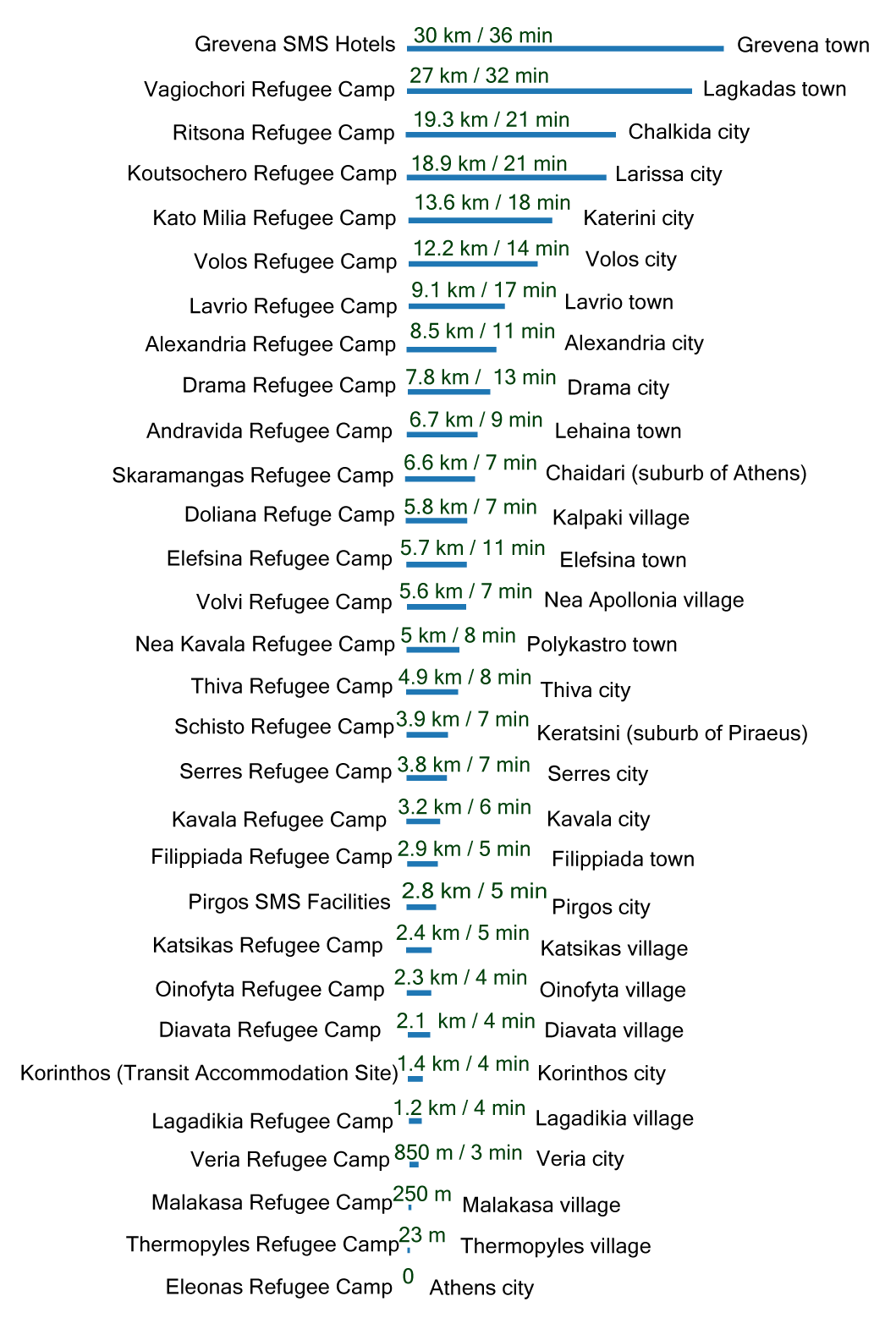 Distance between each camp and the closest town or village

The Greek NGO SolidarityNow operates at 14 refugee camps in Northern and Central Greece, offering psycho-social services, legal counseling and protection, and recreational and educational activities to children, women and families. “The creation of refugee camps in remote areas, away from the urban fabric, without access to services is problematic. It is tied in with the logic “not in my backyard”, adopted by the authorities. Obviously, these camps must be close to or within the urban fabric, for people to have enhanced access to the necessary services (schools, hospitals, administrative services, etc.)”, said to OBC Transeuropa Lefteris Papagiannakis, Head of Advocacy, Policy and Research at SolidarityNow. The main complaints of the organization’s beneficiaries are the lack of basic services within the camps, the distance from the residential areas, and the lack of transportation.

It is far from ideal to keep asylum seekers for prolonged periods in camp-like conditions faraway from urban centers, UNCHR Greece stressed. As they can engage only in limited activities, they suffer from increasing pressure, which makes it more difficult for them to become self-reliant and to integrate. UNHCR’s policy on camps at the global level is that they should be only an exceptional and temporary measure in response to forced displacement. “Their establishment can facilitate the identification of people with specific needs and the delivery of services to them. However, camps represent a compromise that place some degree of limitation on the rights and freedoms of refugees and their ability to make meaningful choices about their lives”, UNHCR added.

OBC Transeuropa calculated the kilometers and hours that it take to travel between each of Greece’s refugee camps and the cities, the towns or villages nearby them, focusing in particular on the distance between the camps and the closest city with a hospital. It turned out that 16 camps are more than 10 km away from the hospitals, 8 are between 5 and 10 km, and only 5 camps are less than 5 km away. Some other Greek villages and towns do have health centers, but they offer only limited services and lack some medical devices.

Share of camps by distance to the nearest hospital