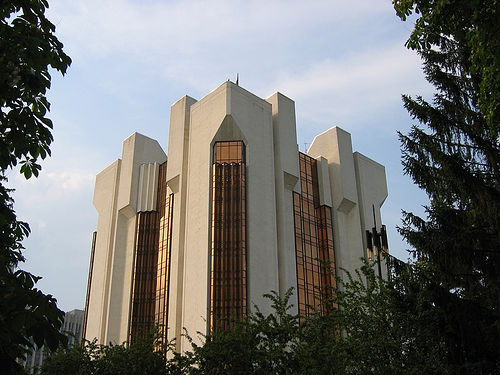 On 24-26 February, a delegation from the Venice Commission visited the Republic of Moldova. The delegation's visit was part of a task to support Moldova's ongoing constitutional reform process, initiated by the governing Moldovan coalition, Alliance for European Integration

In modern democracies, the president is charged with being the guarantor of the state, the constitution, and social stability. But after street violence following parliamentary elections in Moldova last April 2009, the office of President itself became an obstacle to any chance of political stability for the Republic.

Two unsuccessful attempts at electing a president, first on 3 June and then on 9 December 2009, definitely became the Republic of Moldova's greatest political failure of 2009. This failure generated the dissolution of Parliament and sparked intense debates regarding the necessity of constitutional reform.

According to amendments made to the Constitution of the Republic of Moldova in 2000, the President of the Republic is now elected by the Parliament with a three-fifths majority vote by the elected parliamentarians. This provision was intended to force different political forces into political dialogue and to compromise on a figure to elect. Instead, last year's deadlock revealed the immaturity of the Moldovan political elites.

After Moldova's second failed attempt to elect a president on 9 December, the Alliance for European Integration (the current governing coalition), which defeated the Party of Communists in the parliamentary election of 29 July 2009, declared that it's main goal would be to initiate constitutional reform in order to change the way the president is elected.

Furthermore, Mihai Ghimpu, the Speaker of the Parliament and Interim President, created by presidential decree a special Commission for Constitutional Reform, tasked with presenting solutions for constitutional change which would then be adopted in a nationwide referendum.

Despite the fact that the idea of making changes to the Constitution was initiated as a way of overcoming an unresolved problem, it generated even more tensions.
The Party of Communists has had an extremely negative reaction to the idea of changing the Constitution and has insisted on the dissolution of the current Parliament. According to current constitutional provisions, the Parliament must be dissolved for failing to elect a president in December 2009.

Vladimir Voronin, former President of the State and leader of the communists, stated that his party will block any parliamentary initiative to make constitutional change and will boycott any potential referendum. Furthermore, Dumitru Braghiş, former prime minister and current leader of the opposition Social-democrat Party, has suggested the extravagant solution of eliminating the office of president entirely.

Furthermore, opinions diverge about whether to draw up an entirely new constitution, modify only a few articles, or simply rewrite the article related to the election of the president.

To overcome these differences, the Moldovan governing coalition has consulted European experts on the process of constitutional reform. Accordingly, a delegation of the Venice Commission, the Council of Europe's advisory body on constitutional matters, made two visits to Moldova in February to discuss the country's constitutional problems. Upon leaving Moldova, after the second visit made between 24-26 February 2010, Gianni Buquicchio, President of the Venice Commission, refused to talk much about the delegation's conclusions. He did specify that, at this point, there is no need for a completely new constitution. Buquicchio instead suggested modifying only the constitutional article related to presidential election and stressed the need to reach parliamentary compromise, specifically with the opposition Party of Communists.

At this point, the European delegation's visit has not brought the authorities a clear position on how to proceed with reform. But the visit did send a positive signal. The leaders of the Moldovan governing coalition have stated that a decision will be made soon not only on the constitutional reform process, but also about whether the parliamentary elections anticipated for later this year will actually take place.