Moldova: on the road towards change 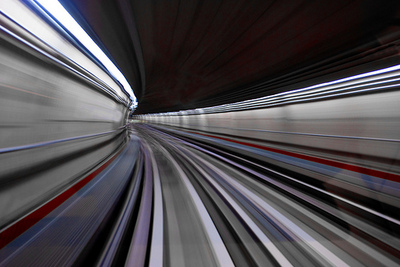 Tomorrow, the Moldovan Parliament will vote for a new president. The governing coalition, The Alliance for European Integration, needs the support of at least some communist MPs in order to finally elect a new president and continue on the path of political reform

After months of political instability, mass protests, and repeated elections, there are signs that the Republic of Moldova is finally moving towards a different management of public affairs and the reestablishment of rule of law.

Although it was appointed just one month ago, the new government, represented by the Alliance for European Integration, has focused on important actions for Moldova such as foreign policy and the stabilization of the economic crisis.

Building on its campaign promises, the newly-appointed government, led by Vlad Filat, leader of the Liberal-Democrat Party, moved first to address the normalization of Moldo-Romanian relations. After the violent events of 7 April, the then-ruling communist government imposed a visa regime on Romanian citizens, compounding strains between the two countries. The new government successfully abolished the visa regime and the Interim President, Mihai Ghimpu, has even expressed official apologies to the Romanian people for that "shameful decision" to institute a visa regime.

Furthermore, the Ministries of Foreign Affairs of Moldova and Romania have wrapped up negotiations in preparation to sign a "convention on small frontier traffic". The agreement, to be coordinated by the EU, will allow Moldovan citizens residing within 30 kilometers of the Romanian border to travel into the Romanian interior up to a distance of 30 kilometers.

The two countries have also agreed to move forward with the opening of two Romanian consulates in the Moldovan cities of Cahul and Bălţi and a Moldovan consulate in the Romanian city of Iaşi. Issues that had been deadlocked for years under the former communist administration have been resolved in a very short time, thus setting the stage for deeper, more long-lasting bilateral cooperation between Moldova and Romania.

Then, on 28 October, it was announced that the alliance government successfully reached an agreement with the International Monetary Fund (IMF) for a loan of 590 million dollars. As the communist administration's past management of public finances left a state budget deficit equal to 9.5 percent of GDP, the loan is important for Moldova. It is important to mention that, in the summer when the political situation was unstable and the Party of Communists was still in power, the IMF refused to sign a loan deal with Moldova. The communists accuse the IMF of having double standards.

The Alliance for European Integration has also taken the important step of barring politically corrupt figures from positions in charge of the protection of public order and the guarantee of rule of law.

In a significant staff overhaul, many police chiefs at the Ministry of Internal Affairs were forced to resign due to their involvement in political games and electoral campaigning. The current Speaker of Parliament and Interim President, Mihai Ghimpu, was himself a victim of abusive police detainment in 2007. He was detained for putting flowers on the tombs of deputies who, in 1918, voted in favor of Bessarabia's reunification with Romania.

Although the ruling alliance has many reforms planned for the country's judicial system, transportation networks, local administration, and public audio-visual sectors, there is still a general feeling of public uncertainty about just how long the present government and parliament will last.

But the government's inability to elect a president of the Republic of Moldova remains the country's most urgent problem. In that regard, nothing has changed since the tumultuous elections of 5 April.

At the moment, the governing Alliance for European Integration has 53 deputies, but a vote of 61 is needed to elect a president. The date of the first vote to elect a president, after several delays due to legal disputes, has been set for 10 November. If, after two attempts, a president is not elected, the Parliament must be dissolved and new parliamentary elections must be held.

Nonetheless, important voices in Party of Communists are expressing concerns that more elections, should they take place, could have negative consequences for the Moldovan economy. Although how the Party of Communists will behave is still a mystery, some believe it is possible that the communists might vote for Marian Lupu, but only during the second attempt to elect the President, which, according to the law, must take place within 30 days after the first attempt.

It is still unclear whether Marian Lupu will successfully achieve the support of enough communist members of Parliament to become president or if there will be new elections. However, bearing in mind that a new, unpredictable election could possibly result in the even further reduction of the Party of Communists' numbers in parliament, there is a chance the communists will reconsider their position and opt to avoid the failure of the presidential elections.