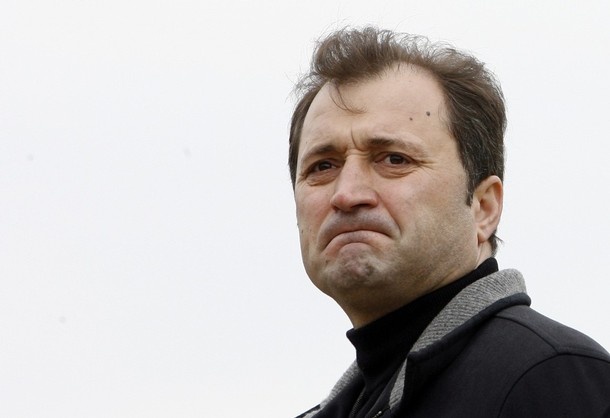 After the protests that followed the 5 April vote in Moldova, the situation has slowly returned to normal. But Vlad Filat, leader of the Liberal-Democratic party, insists on an annulment of the vote and new elections. Our interview.

"Twitter Revolution." This was the name given to protests which were organized, taking advantage of the social networking tool of the same name, after the contested parliamentary vote of 5 April in Moldova. The hundreds of students and citizens gathered in the streets of Chişinău invoked vivid memories of revolutions in Serbia, Georgia and the Ukraine in the recent past.

After three days of protests and confrontations between demonstrators and police, the situation gradually returned to normal on 9 April when the Central Electoral Commission of Moldova reviewed the election results, rewarding the Communist Party (PCRM) 60 seats out of 101 rather than the 61 announced previously. However, the leader of the Liberal-Democratic Party, Vladimir Filat, is still requesting an annulment of the vote and new elections.
What happened in Moldova in the hours immediately following the announcement of the first results?
Right after the announcement of the exit polls, it seemed clear that the elections had been rigged. There is a big gap in favour of the PCRM between results of recent surveys and the first election results. The cumulative difference is about 15% more votes in favour of the PCRM. Paradoxically, the same exit polls indicated, with very few errors, the tally of the other parties' votes. I have always known that the key to the fraud lies in the electoral lists. I raised my voice as loudly as possible but I have not been heard. Moldova is a country which has had a decreasing birth rate for 20 years but the number of voters grew by about 400,000 in the last four years!
Why do you think international election observers concluded that the elections were held in a correct manner while the opposition is making accusations of serious fraud?
The observers from the CIS (Commonwealth of Independent States) didn't raise any objections, but that was normal! In the case of the international observers, things are more complicated. They concentrated on the technical aspects of the electoral process on the day of observation but the serious violations took place much earlier. Their positive evaluation was also influenced by the position of Russia within the OSCE (Organization for Security and Cooperation in Europe.) Nonetheless, European Parliamentarian Marianne Mikko has voiced doubts about the validity of the vote.
The recount of the ballots, which the communists had to accept against their will, has not brought about substantial changes in respect to the outcome of 5 April...
We did not ask for the recount of the votes. The only thing we want is verification of voter lists because that is where the proof of fraud is and we will prove it. We were able to scan a large part of the lists and we then started to verify them. We discovered names of people who had been dead for 15 years but still voted this year and hundreds of lists with names and last names without any documentation of the identity of the people registered. We discovered people with multiple identity cards.

We're talking about hundreds of thousands of phantom votes that secured victory for the PCRM. Then, upon request from the PCRM, the Court of Appeals prohibited opposition parties from photocopying voter lists. We only need a little time. We will present our proof at the Constitutional Court and we will ask for an annulment of the vote and a repeat of the election.
Are we witnessing a Colour Revolution similar to those that took place in Serbia, Georgia, and Ukraine or will the situation in Chişinău be resolved in a different way?
I don't think one can talk about this in terms of revolution. It was a youth revolt in response to the final results of the 5 April election. This was their spontaneous and natural reaction to the thought of living four more years in a communist country. The local media have talked about "candlelight protests" because some of the youth lit candles as a symbol of mourning for the future of Moldova.

In the beginning we thought that this was only about a conflict between generations because the slogans and the rage of the youth were directed at elderly people who sympathised with and supported the communist party. The lit candles were placed on the stairs of the government and presidential buildings as well as the monument of Ştefan cel Mare (national hero).

The leaders of the opposition parties who passed the electoral threshold were called to talk with the people. In my opinion, this was nothing more than a trap because, little by little, leaders of the protests and the nature of the protests changed. I first began to suspect this on the night of Monday, 6 April, when I had trouble stopping the crowd, which had been riled by a small group of aggressive people, from entering the Parliamentary Building. I then asked the chief of police to identify these people and contain them.

Everything went downhill on 7 April when groups of provocateurs changed the nature of the gathering and attacked the Presidential and Parliamentary Buildings. I want to emphasize the fact that even though it was a very small group of people who destroyed and burned these two buildings, the incident has been used by the ruling government and the PCRM to justify the violence against all citizens and the establishment of a climate of fear and terror in society.
President Voronin has broken off diplomatic relations with Romania and accused Bucharest of fomenting the revolt in Moldova. What do you think about this?
Voronin has behaved hysterically regarding Romania and accused the country of wanting to annex our territories. The actual territory of Moldova was annexed by the Soviet Union with the Hitler-Stalin pact. Romania was the first nation to recognize Moldova's sovereignty after the end of the USSR. Voronin has used the raising of a Romanian flag on the Parliamentary Building as a pretext to accuse Romania of attempting a coup d'état.

It is the first time in the history of the EU that an ambassador of a member state has been kicked out. Images demonstrate that the person that raised the flag did it in agreement with the police. This is about a coordinated action to distance Moldova from the EU and establish a dictatorial and criminal regime.
What is the external pressure from Moscow and Bucharest in this complex situation?
Russia has had a strong and immediate reaction to the events in Moldova. The Russian media, the only media that have had permission to enter Moldovan territory these days, have talked openly of a coup d'état organized by Romania. Then, as the events have settled down, the reaction of Russia has changed. The atrocities committed by the Voronin regime against its own citizens have forced Russia to distance itself. Even the Russian nationalists and Vladimir Zhirinovsky have changed their positions.

Romania, on the other hand, has had a more composed reaction and has handled the situation coldly. In this situation, the ones who suffer are the normal citizens. There are many families who have relatives in both Romania and Moldova and the closed border hurts them very much. At the same time, also at the economic level, the losses are extremely grave. Romania is a very important market for Moldova. Anyway, we have received reassurance from the Romanian government that the Moldovan citizens will not be made to suffer because of the inconsiderate actions of the Romanian government.
What are the students who are gathered in the square asking of Voronin?
First of all, liberty and respect for the law because the elections were falsified. The anti-communist students demand to be treated as equals to those who vote for the PCRM. Voronin has managed, during his two terms in office, to dramatically polarize Moldovan society. Once the polling stations were closed, Voronin made it clear that he would not give any chance to the opposition, and this angered people. The youth again see themselves in the situation of having to search for a better life abroad.
How do you judge the response of the European Union and the United States?
Over the course of eight years of communist rule in Moldova, both the EU and the USA have treated this regime too lightly. We now hope that the EU and the United States will demonstrate their allegiance to democratic values. We are part of Europe and we want to live in a world that is free.