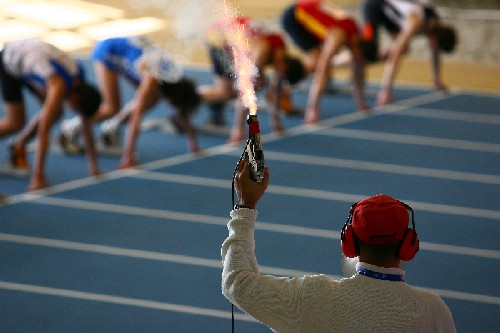 The electoral campaign in Moldova ends with serious infringements of citizenship rights. Fifty Moldovan students studying in Romania were denied entering their own country, while three hundred Romanian citizens were stopped at the border and prevented to participate in cultural and political events organised by electoral candidates

Fifty Moldovan students studying in Romania are determined to arraign the Republic of Moldova after being prevented to enter the country. On March 22nd, they were going to Chisinau to attend the "Vote without fear" meeting, organised by the Liberal Democratic Party in view of the forthcoming parliamentary elections of Sunday, April 5th. The students are going to be represented in court by the lawyers of the opposition party. "We will turn to the European Court of Human Rights as well as national juridical institutions to speed up the examination of some serious cases of constitutional and conventional rights infringements", said Vitalie Nagacevschi, one of the attorneys.

Between March 27th and 30th, around 300 Romanian citizens, invited to take part in several concerts and celebrations held in the Republic of Moldova, had to turn back from the Romanian-Moldovan border. On March 27th, 150 of them - wishing to attend the celebrations of the 91st anniversary of Bessarabia's union with Romania in 1918 - were stopped at the customs and forbidden to cross the border. All the passengers were allowed to continue their journey, except those holding Romanian passports: they had to get off their buses and trains without any conclusive explanation.

Several Romanian artists, invited to sing at the concerts organised by the movement European Action, faced a similar refusal from Moldovan customs officers. They were given no explanation, despite having all the necessary travel documents and contracts in order.

The Romanian Foreign Minister, Cristian Diaconescu, asked Moldovan authorities to stop the abuses. The Republic of Moldova offered no official statement with regard to these cases, declared in a press conference the head of Romanian diplomacy, also expressing disappointment with Moldova ignoring the commitments taken before the European Union.

In Romania, these episodes have been regarded as connected to the electoral campaign. In Moldova, according to analyst Igor Boţan, the Communist Party feels that showing hostility to Romania is the only way to attract more votes. On the other hand, the governing party is confident that Romania and the European Union will not take actions against Moldova.

The Moldovan diaspora and the parliamentary elections

The participation of Moldovan citizens living abroad in Sunday's parliamentary elections is the focus of the interest of the political opposition. In March, leaders of the Liberal and Liberal Democratic parties travelled to Italy, where they met representatives of the Moldovan diaspora. Their visit coincided with the first Association of the United Communities from Moldova congress, held in Rome and attended by representatives of the Moldovan diaspora from 12 countries.

Although only 10,018 Moldovan citizens residing abroad attended the parliamentary elections in 2005, the political opposition has been showing an increasing interest in their participation in the next elections. A few thousand votes might make a difference in the final result, believe Moldovan political analysts. Such interest might be explained by the rising participation observed since 2001, as well as by the results of the vote expressed abroad. The latter does show a tendency to grow: if only 4,000 people took part in the parliamentary elections in 2001, in 2005 attendance rose to over 10,000 - a number that might reach 1% of the total participation if an active electoral campaign is conducted. The political restlessness among Moldovan citizens living abroad is also justified by the results of the previous vote: in 2005, the Communist Party obtained only 11% of votes in Moldova's diplomatic representations. Therefore, for the political opposition parties, their votes are as important as those from home.

The barometer of public opinion

Several opposition parties criticised the results of the latest survey of public opinion performed by the Institute of Public Policies*, according to which the Communist Party would come first at the finish line, with the 36,2% of the votes and a significant advantage over the competition. The other parties that might cross the 6% threshold are the Liberal Democratic Party with 8.3%, the Liberal Party with 8.2%, and the alliance Our Moldova with 5.4%. Then, 23% of respondents are undecided, 3.4% did not want to give an answer, and around 9% are divided between the other political parties and independent candidates.

The opposition parties regarded the results of the survey as biased, blaming the authors of manipulative intent. Actually, the reinterpretation of results by the mass media was regarded as a strong factor of pressure, argued Igor Boţan in an interview for Free Europe. In the top factors influencing the vote, surveys play a limited role - but the impact of their tendentious reinterpretation cannot be neglected.

According to the same survey, only 23% of Moldovan citizens are interested in politics, and trust in public institutions is falling, as is trust in political parties (16%), trade-unions (23%), and NGOs (28%). Most respondents declared that they do not trust anybody. The political person invested with most trust is Vladimir Voronin (23%), followed by Dorin Chirtoacă - mayor of Chisinau and member of the Liberal Party (8%), Marian Lupu - current parliamentary speaker (6%), and Vlad Filat - leader of the Liberal Democratic Party (4%). According to around 59% of respondents, the Republic of Moldova is not governed by the will of the people.