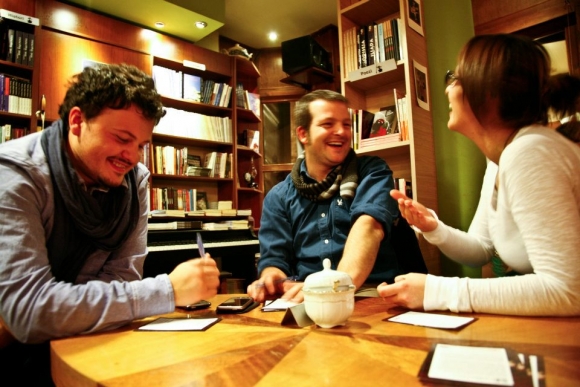 A Minister for marketing? Why not? Promoting the country's image is something a new generation of musicians, sports people and artists is already working on, awaiting politics also to take its course

Kosovo needs a Ministry of Marketing. That's according to Philip Kotler, one of the world's most famous marketing gurus and the keynote speaker at a recent lecture in Pristina which was attended by hundreds of marketing experts.

The idea was immediately embraced by Kosovan authorities who - in the eyes of Kosovo's citizens – do not have a shining record in marketing. Critics point to the millions of Euros spent – they say, wasted - on the marketing campaign “Kosovo Young Europeans”.

But in waiting for Kosovo's image to become a priority for Kosovan authorities, some are already thinking about what to do...especially at Kosovo's universities. Philip Kotler's ideas are studied nowadays in all university departments of marketing in Kosovo.

Two Kosovan universities gave the professor awards in honour of his visit, and are now among the hundreds of universities in the world that use his books and whose students have been able to meet him in person.

Events like the conference with Philip Kotler primarily contribute to increasing the country's self-confidence and sense of belonging and participation in global dynamics. In recent months there have been several similar events, including the Pristina Startup Weekend, organised by a group of young people with the goal of creating entrepreneurs in just 54 hours.

Ninety-two other countries organise similar events during which expert guests talk to and advise participants. On this occasion, Peter Sunde, co-founder of the popular "The Pirate Bay", a Swedish file-sharing web site, was among the guests, and he later shared his impressions of travel in Kosovo on the social networks.

A similar event was TEDx Pristina, held for the second time, whose official slogan was "Ideas That Spread Value". Speakers included a contemporary artist, a geneticist, and a dentistry student who inspired hundreds of people in Kosovo, Turkey, and worldwide by collecting and recycling plastic bottle caps to build wheelchairs.

The public also had the opportunity to listen to Ahmed Naguib, an Egyptian activist among the leaders of the Tahrir Square protests that lead to the 2011 "Arab Spring", and Elvis Hoxha, representative of a new generation of Albanian political thinkers with his views on “post-independence” citizenship after 1999.

Between fashion, sports, and music

This atmosphere of innovation also produced an innovative fashion show, organised by well-known designer Krenare Rugova, who decided to organize the fashion show in the streets and public spaces of Pristina. Like Rugova, hundreds of other Kosovars feel like they belong in the globalised world, but it is not always easy.

Majlinda Kelmendi, a judo player from Peja/Peć, focussed all her last years' training efforts on the London Olympics. After winning a number of medals for her country, Kosovo, she had to accept the International Olympic Committee (IOC)'s decision to have her compete for Albania (the IOC does not recognize Kosovo's independence.)

Kelmendi's efforts to overcome political barriers have attracted media attention in the recent months, especially in the sports section of the BBC "World Olympic Dreams". Now, however, the moment of hope is over. If Kelmendi wins a medal, it will be for Albania, not for Kosovo.

Other young Kosovan athletes are doing their best to break the country's isolation and enter the international arena. Rona, a young singer from Mitrovica, represented Albania in this year's Eurovision Song Contest, held in Baku, Azerbaijan. She captured audiences with her song's brave lyrics, and finished fifth in a singing competition that also raised strong international political debate.

Another Kosovan musical success story is that of Rita Ora who topped UK charts for a week with a piece recorded for the famous label Rocnation. Rita is not only promoting more modern music among her fans, but also, and above all, giving the world a new image of Kosovo.

Kotler's idea will be useful as part of a long-term initiative to present the "New Kosovo" to the world. Yet, a Ministry of marketing should not only support tourism, but also those who aspire to reach beyond national borders.

While it is true that Kosovo is isolated and its economy is stagnant, it is also clear that there are people who are finding alternative ways to nurture their talents and share them with the world. Their ideas add value!