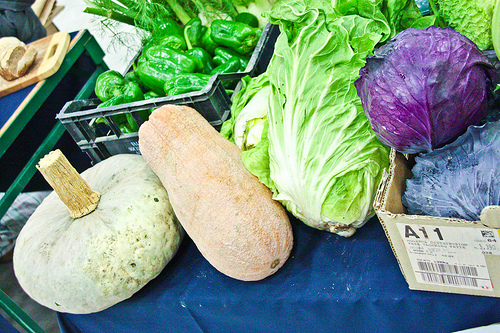 At the regional level the internal market of organic products is still limited by a slow-growing demand, due to both the lack of purchasing power by a large proportion of consumers and to a limited awareness of the values and benefits of organic produce. A major role is also played by a deep-rooted scepticism based on the conviction that, purchasing directly from the farmer or through informal relational channels – which is still a wide-spread habit – is more than enough to guarantee quality and healthiness. It is no surprise, then, that the organic consumption has taken off mainly in large cities, where incomes are higher and information circulates more easily. This is especially true for the younger generations in that they have weaker ties to the countryside and greater difficulties in reaching a trusted farmer and in re-establishing networks that allow to keep up informal commercial channels.

Besides understanding the values of organic consumption, another aspect linked to information is the ability to recognise the products. For this reason a logo that allows immediate visual distinction between traditional and organic products is so important. However, consumers risk being disoriented also by the proliferation of products alluding to nature, ecology, health, healthiness and the ‘color green’, without actually complying with the parameters of what is certified as organic. A green product does not have to be organic or give clear information, and can create confusion among consumers. In this sense, by defining a national logo, Croatia, Macedonia and Serbia have made an important step forward in terms of consumer-citizen rights.

It is mostly the educated classes and high earners that support the organic market, as well as young families, returned emigrants who discovered the benefits of organic production while abroad for work or study purposes, and the tourist sector. Croatia, for instance, during the summer peak season registers the effects of the influx of tourists on the consumption of organic products. What should also be noted is that the classic organic consumer is not always consistent: beside a limited group that purchases organic products systematically, is a larger group that approaches the sector only on an occasional basis.

In the period 2008-2011, the demand for organic produce grew in almost all countries, albeit at a contained pace because of the economic crisis that brought salaries down, and thus had negative implications on consumption. Overall, the rise in demand is shown by the increase in attention to the sector by different distribution channels. Nevertheless, most of the products for sale – organic as well as for other niche consumption demands, such as macrobiotic and gluten-free - still rely on imports from other European countries, i.e. Germany, Italy and Spain. Local produce, except in the case of Croatia where the range is greater, is generally reduced to flour, pasta, fruit juices, jams, honey and herbal teas. Fresh produce, although growing, is still limited.

Organic products are gaining space on the shelves of large organised distributors. Despite the fairly contained range of products, in almost all countries, commercial chains, such as Konzum, Mercator, Maxi and Ramstore, are beginning to promote them increasingly in the main supermarkets and superstores. Small shops, specialised retailers, and local-based chains are less likely to sell organic products. One of the difficulties faced by local producers in the sale of organic products to large organised distributors, is related to their size: they are often small and therefore find it hard to guarantee large quantities constantly over time. If, on the one hand, this is linked weaknesses typical of associative and cooperative set-ups, common to many countries in the region; on the other, where demand is still limited, product turnover is definitely contained and therefore, even relatively small entities are in a position to make commercial propositions to organised distributors. This is the case of Hjelda and other small producers linked to the NGO Econ that can be seen on the shelves of Merkator with pasta and flour (Hjelda) and fresh produce, such as onions, garlic, potatoes and cauliflower (Econ) in Bosnia Herzegovina.

The number of specialised shops that promote health food is also growing: organic products share shelf space with baby food, macrobiotic and gluten-free products, vegetable oils and dietary goods. The supply is mainly based on ‘dry’ products, with fresh produce often limited, or not available, primarily because of the greater complexities involved in preserving it.

A limited number of organic products is also available in most chemists, especially herbal infusions, and, in some specialised personal care chains, such as the German group Dm Drogerie Markt, that promote an assortment of teas, juices, jams, biscuits, pasta and other ‘dry’ products.

Direct sales are still limited because of the small number of certified farms. Road-side vendors, to be found mainly in busy areas during the summer months, generally still sell traditionally farmed produce, often linked to informal commercial channels. Croatia is an exception, followed by Macedonia and Serbia, where direct sales are growing also thanks to the increase in the number of organically certified farms and rural tourism.

Online sales and box schemes - meaning the purchase of baskets with items proposed by the producer are also very limited. The first initiatives of this kind were launched by farms, such as Eko Sever in Croatia, and associations, like Terras in Serbia.

Among the sales channels, restaurants should not go unmentioned, as they are often the expression of important social and cultural trends. Organic food is used especially in some high level restaurants and in those offering vegetarian and macrobiotic cuisine: it is not by chance that a combination of organic-vegetarian is one of the most recurring. There are organic and vegetarian restaurants and cafés in Belgrade, Novi Sad, Ohrid, Sarajevo, Skopje, Zagreb and other cities.

In many cases, the supply of technical aids authorised for organic farming, such as fertilisers and plant defence products, is also limited. The difficulties in procuring such products through traditional distribution channels constitute an additional barrier to the development of the sector.