Kosovo, the coronavirus and the crisis of the wedding industry 17/08/2020 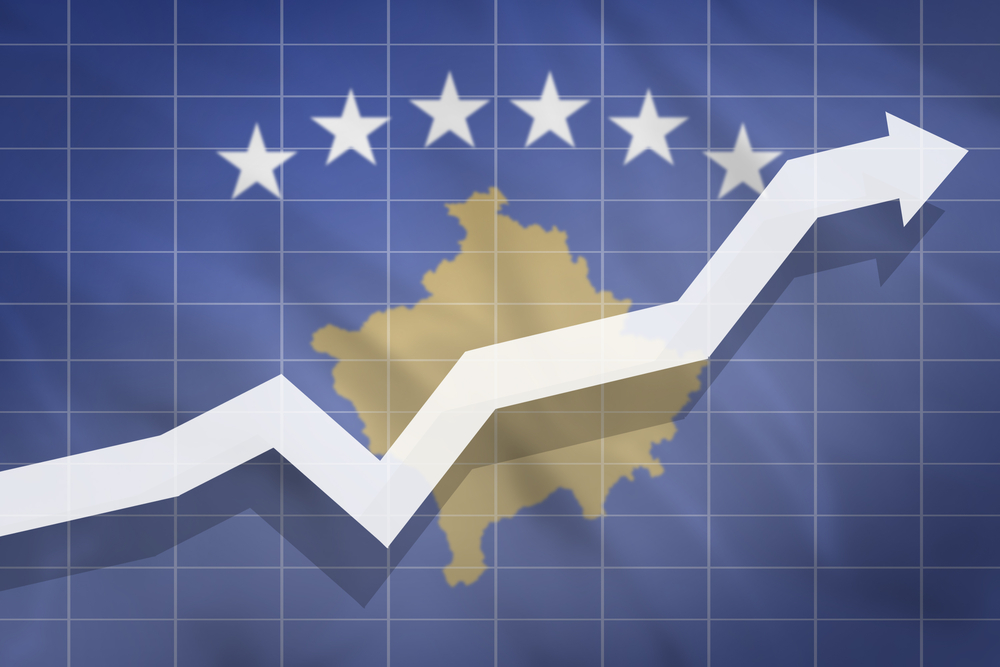 The COVID19 epidemic has seriously impacted on the Kosovar economy and is likely to heavily affect many sectors also in the future. Yet, some also see opportunities to be seized in the post-coronavirus world

After a two-months-long lockdown, Kosovo's government has started to implement its plan to ease restrictions on businesses, imposed in an effort to curb the spread of coronavirus. On May 4th, construction work, real estate, the car industry, and small shops were allowed to resume their business.

The second phase began on May 18th with dentists, physiotherapists, hairdressers, and beauty salons as well as markets and gastronomy. However, new rules were introduced by the government to ensure social distancing and prevent the spread of the virus.

How will "the new normal" look like in Kosovo?

On a typical suumertime day, an 80-square-metre restaurant is able to serve up to 60 clients during a lunch break. However, according to the new rules on social distancing and other measurements, the same restaurant will be able to serve only 8 people.

These measures inconvenience many businesses. Aida Rexhepi, owner of the ANISE restaurant in Prishtina, told OBCT that “sales generated with a mere 10 per cent capacity won't even cover the utilities”. While preparing for reopening her restaurant after two months of lockdown, Rexhepi is worried that she will not be able to pay her employees and lessors during the period of restrictions, as in the past weeks the restaurant ceased all activities and generated no income at all.

To support the economic recovery of the Western Balkan countries affected by the COVID crisis19, the European Union has launched a 3.3 billion euros aid package. The contribution for Kosovo will be 228 million .

On March 30th , the Kosovo government has approved the Emergency Fiscal Measures Package, for a total amount of 180 million Euros. This is a comprehensive package including 15 different measures and directed mainly to those who lost their jobs during the lockdown. With one of the measures, the government is covering monthly salaries for April and May at the amount of 170 Euros per month per person.

Some experts, though, see these measures as mainly social assistance: Aida Rexhepi is looking forward to "the recovery economy package".

In an interview with OBCT, Ilir Aliu, deputy Minister of Finance, announced a second recovery package for businesses.“The first emergency package aimed to allow businesses to remain operational, so it will have an economic impact even after the pandemic crisis”, said Aliu. “There was a holistic approach, and what’s more important, we managed to lower informality through these measures, as the businesses are listing all employees without work contracts”.

The impact of Covid on the economy

According to the government’s official data, the lockdown has directly affected around 36,000 businesses for a total of 60,000 workers. In fact, this number is surely much higher considering the high rate of informality in Kosovo, estimated at around 80,000 workers. With the government's fiscal package, some 10,000 registered as new workers, as the government provided two months of salary for enterprises who register new workers. Experts see this as a useful approach.

"Businesses running in the grey economy and workers that are informally employed have little protection and are not eligible for support from a budget comprised of taxpayer's money”, says to OBCT Nora Hasani, Managing Director of the German-Kosovar Business Association (KDWV). She adds that the Kosovo government did very well, using the fiscal emergency package as an opportunity to push companies to register their employees.

Despite all the measures taken by the government and other support schemes by the European Union and the US, the lockdown due to COVID-19 will impact many businesses. A survey conducted with 462 companies shows that over 60% of respondents believe that the COVID-19 pandemic will threaten their existence. The World Bank projected that Kosovo's economy will contract by 4.5 per cent in 2020, followed by a rebound in 2021.

"The outbreak of COVID-19 and the necessary containment measures are putting investment, private consumption, but also exports and remittances from the diaspora under unprecedented strain. While consumption may rebound as the economy recovers, service exports and investment will take longer to recover. Against this background, public revenues will experience a significant shortfall", says the report .

In two months of lockdown, approximately 150 types of businesses were closed, including bars and restaurants, construction and shopping malls, and every other industry at high risk of contagion. Pharmacies, bakeries, and some export factories were allowed to work.

"Solid Shoes", one of the largest shoe producers in the region and Kosovo’s biggest exporter, continued working even during the lockdown. Yet, it could not export – manager Gresa Kuci told OBCT that business partners in European countries did not accept the supply due to businesses being shut down everywhere.

"We export to France, Italy, Germany, Poland, Belgium, Africa, US, UK, and the Balkan region, but during these two months we have finalised only one order. The rest has been postponed for the days and months to come", she said.

The Kosovo government will soon submit a second package to help the country's economy. The World Bank notified that negotiations with Kosovo for a COVID-19 emergency package were finalised for 50 million US dollars. The World Bank mentioned the strengthening of the public health system as an essential step to move forward. However, for the implementation of the package, the Kosovo Parliament needs to ratify the agreement with the World Bank with a 2/3 majority, which is unlikely to happen because of the current political crisis.

According to Aliu, the government sees the pandemic as an opportunity to reorient the economy towards increasing production and exports. "There is a strategy to support women's businesses, information technology, and start-ups, it is time to focus our effort on production and exports", Aliu said to OBCT.

According to Nora Hasani from KDWV, the Kosovo government should focus on specific sectors and issues. Due to the pandemic international corporations, including German companies, are having difficulties with their supply chains, they are planning to relocate larger parts of their production from Asia to Europe", she told OBCT.

In her opinion, every crisis brings new opportunities. “The economic recovery plan should not only serve as a lever to restart Kosovo's economy, but also to help companies grab those rising opportunities", she said. Hasani reminded that Kosovo offers free access to the EU market. 70% of the population is under 35, 28.2 speaks one foreign language, and 11.4 more than one.

"The government should use the recovery package not only to save jobs, but also to create new ones by attracting FDI, they could do so by developing comprehensive FDI policies and support mechanisms, such as tax incentives that include exemption from customs duties, various tax holidays, and specific tax relief measures to companies that export", Hasani told OBCT.

Besides targeting FDI, the recovery package needs to focus on aspects that are important for the domestic market: the supply (companies) and demand (customers). It should offer grants, subsidies, and loans, but also create incentives for private households to buy goods and services from those companies: because of substantial financial losses and lack of liquidity, measures to support liquidity appear crucial as well.

To support the economic recovery of the Western Balkan countries affected by the COVID crisis19, the European Union has launched a 3.3 billion euros aid package. The contribution for Kosovo will be 228 million .