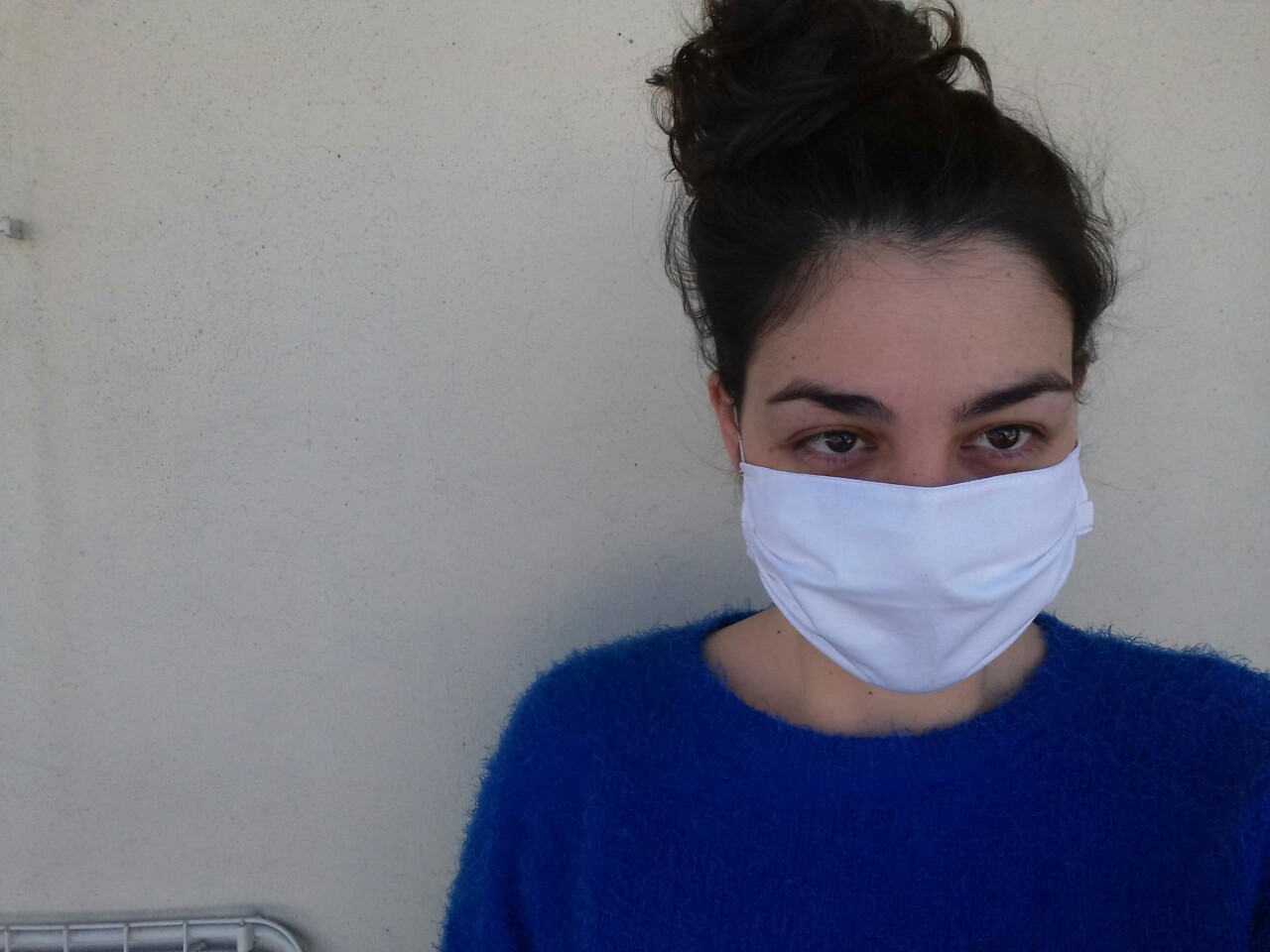 As the coronavirus epidemic came, Greece was initially distracted by other issues. Now, however, everything is blocked, and the country is dealing with a crippled healthcare system and a new economic crisis on the horizon

“We give the pandemic a pandemic answer”, concluded Greek PM Kyriakos Mitsotakis on Sunday, in his 4th televised speech within the last few weeks, announcing a general lockdown that officially started in Greece on Monday, March 23rd, at 6 am. From now on, citizens may leave the house only to get food, medicines, or seek medical advice. Assisting others, going for a run, or walking the dog is also permitted, only after signing a special form. The police will patrol and fine offenders for 150 Euros.

The news did not come as a surprise in light of other countries' experience. Earlier in March, lighter restrictions had been imposed, including the shutdown of schools and many businesses and the ban of travelling to the islands for the non-residents.

However, some weeks ago no one in Greece could imagine such a quick development. It appeared suddenly in the domestic news agenda, accompanied by a humorous dispute on how it should be pronounced when translated into Greek. Coronavirus was at first a distant topic concerning the Chinese, that locals had mainly combined with the Greek Golden Visa programme and Airbnb's onslaught of the domestic real estate market. With the refugee crisis at Greece’s north-east borders and the clashes and atrocities in the islands against refugees, migrants, NGO staff, and journalists, the soon-to-be confirmed pandemic had been relatively underestimated in its onset.

The Greek quarantine and the State’s response

On Tuesday morning, March 24th, the number of confirmed COVID-19 cases rose to 695, including 114 hospitalised, 35 in intensive care units (ICU), and 17 deceased.

According to mathematical models used to calculate the spread of the virus, the real number of people infected in Greece likely lies between 8,000 and 10,000, reported infectologist Sotiris Tsiodras, the Health ministry spokesperson for coronavirus. In his latest daily televised press conference, he said that the curve of the pandemic in Greece seems to be on hold and that probably some valuable time has been gained with self-isolation.

The very first measures were taken on March 1st, when the government prohibited the much-anticipated carnival parades and festivals. At that time there were only 3 confirmed cases.

Since then, restrictions have intensified with the governmental campaign “Menoume Spiti” (“We stay home”) and Mitsotakis' many addresses revolving around the term “cocooning”, the concept of “war with an enemy that is invisible but not invincible”, and leaving the possibility open for stricter measures – which soon followed.

A debate ensued on individual responsibility vs. the responsibilities of the State, with some saying that the media reports that showed people going out in numbers over the weekend were falsified to prepare the ground for the general lockdown.

Mitsotakis had begun his 3rd televised speech with a reference to Italy, saying “they don’t have enough coffins to bury their dead and yet (in Greece) I detect an unjustified complacency”.

According to the Greek PM, the Greek government has taken almost all the possible measures and now relies “on the strengths of the national healthcare system”. Known for his ties to the private sector, Mitsotakis interestingly condemned those facilities (obviously the private ones) which are not doing their part and urged them to face their responsibilities.

The COVID-19 outbreak forced the NHS to issue a call for 2,000 professionals. A private hospital has been requisitioned by the government as well as medical equipment (including mobile equipment) and beds from private clinics, and other public and military healthcare structures re-opened or adjusted to tackle the emergency.

So far, 431 doctors and 1,714 nurses have been hired, said Health minister Vassilis Kikilias in Monday’s press conference. He also invited medical students, paramedic stuff, retired health professionals, and psychologists to volunteer in the Greek NHS – even citizens, for clerical and technical positions.

According to recent reports, in Greece there were 605 public ICUs, but only 557 were actually operating due to lack of personnel. In yesterday’s press conference, however, Kikilias said that “two months ago the Greek NHS had 565 ICUs. We added 80 from the private sector and more beds from military hospitals, so now we have 2,158 beds”.

While leading opposition party SYRIZA and the socialist KINAL and MERA25 all support the government’s decisions, they push for further support to the Greek NHS, mainly to support or increase its human resources.

“The 2,000 hires are a drop in the ocean”, told OBCT doctor Ilias Sioras, president of the Employees’ Union in Hospital “Evangelismos” (one of the biggest in Athens, designated to also treat COVID-19 cases), and Secretary General of the Association of Hospital Doctors in Athens and Piraeus.

The cardiologist and unionist with the Greek Communist Party highlighted the ongoing understaffing of the public healthcare system, which he estimated in terms of 6,000 permanent doctors and 20-25,000 nurses. He added that the hospital where he works suffers a significant shortage of basic protective measures, such as masks and robes. According to the Pan-Hellenic Federation of Professionals in Public Hospitals, over 300 health professionals are now in quarantine and 61 are among the confirmed cases.

“The movement ban is a tough measure for a limited amount of time, that has to be implemented everywhere, or it will be pointless”, the doctor notes, referring to big companies and call centres that appear to be ignoring the measures, thus failing to protect their own employees.

The infected economy and the solidarity networks

Ten billion Euros will be channelled to mitigate the losses businesses and employees are already suffering from the shutdowns. Employees fired since March 1st, employees of businesses that have lost revenues or closed, and even freelancers will receive a one-off allowance of 800 Euros and will be exempt from insurance contributions, the government declared.

The support measures for businesses come with a clause that prohibits layoffs, after over 40,000 employees have been fired since the beginning of the month. Special financial support will be given to healthcare and civil protection employees.

A week ago, minister of Finance Christos Staikouras announced that “this year’s primary budget surplus target of 3.5% of GDP for Greece no longer stands”, while Greece will be included in the ECB’s new asset purchase programme after some years of absence due to limited investment credibility.

Eleni Zentefi, 30, is a co-owner of a restaurant-café, run by a cooperative in one of Athen's most busy and touristic neighborhoods. “Τhe measures, as far as I understood, are many, but not necessarily adequate for the scale of the financial disaster we experience. I believe that the State is now working at a very fast pace to deliver what it promised, but nothing is clear yet. Like, what is going to happen with all those in precarious jobs, such as workers of the informal economy?”, she tells OBCT, and continues: “However, in my business there is optimism that doesn’t come from the government’s announcements, but from our determination to help each other and the fact that we face this crisis collectively and that we ourselves will support the financial needs of each of us, regardless of how much our company can provide”.

Speaking about solutions to problems, Eleni highlights an episode that happened in her apartment block. While going out to the supermarket, she noticed a printed note on the table, amid several envelopes with each of the residents’ name written on them.

The envelopes contained hand-made cotton masks for multiple uses, while the flower-decorated note read: “Dear neighbours, in these difficult times I wanted to offer you something small. I have made cotton masks for all of you”. The masks came with washing and sanitising instructions.

As Greece dives into yet another crisis, a significant movement of citizens proves that solidarity is, similarly, a never-ending story. Social media is now the legitimate terrain to ask and receive help, while online solidarity groups are forming in the different neighbourhoods of big Greek cities.

Ηowever, people have not yet fully understood what the societal implications from this unprecedented crisis will be and, as the vast majority of the population is self-isolating, neither have they understood what is going on with the marginalised, the homeless, the drug users, the refugees and migrants, that have no access to online resources nor to basic protection against the virus.