Croatia, the financial consequences of Covid-19 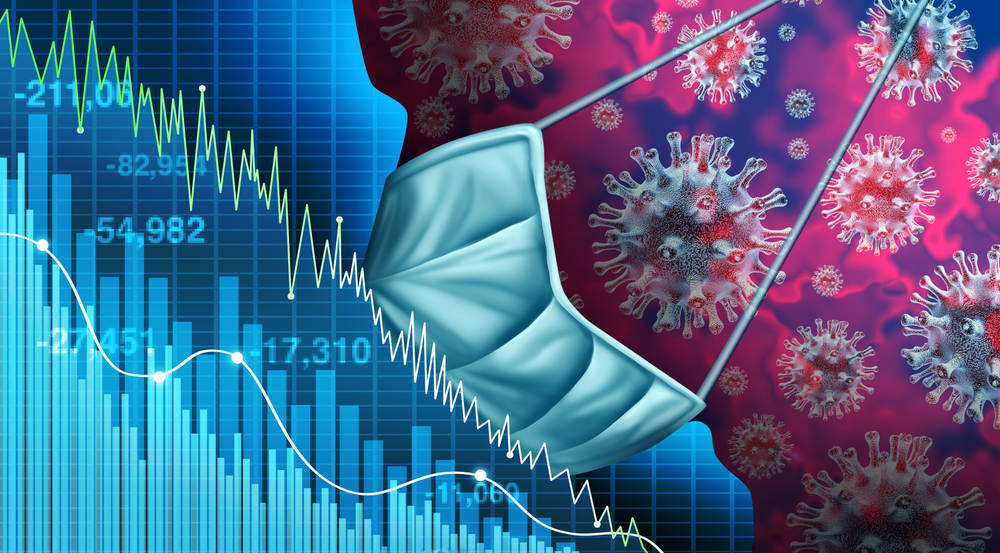 Also Croatia is entering the so-called phase 2. While the health emergency seems to be under control, the economic situation is worrying. The lockdown could bring out the structural problems of an economy which is mainly tourism-based

With just over 2,000 coronavirus cases, around 80 deaths, 1,500 healings, and a decreasing number of infections every day, Croatia seems to have left the first wave of the pandemic behind. Last Monday, therefore, the second phase began with the reopening of many activities, including hairdressers and beauty centres (obviously subject to new rules), while next week it will be up to the bars and restaurants that have outdoor spaces. But if the health crisis seems to have been overcome, the economic crisis has yet to begin and, in a country that depends heavily on foreign travellers, the coming months will be very difficult.

Last week, Andrej Plenković's government published the first estimates of Croatia's economic performance in 2020 and 2021. The government expects a 9.4% GDP fall for this year and a 6.1% increase for next year (in Europe only Greece and Italy will do worse, alia, according to the IMF ). These are, of course, mere projections, as it is not yet clear what the long-term consequences of the pandemic will be, if there will be a second wave of infections, and when the Covid-19 crisis will truly be over. However, the Croatian government's estimates offer us an opportunity to take stock of the Croatian economy a few months after the outbreak of the pandemic.

First of all, a little context. 2019 had been the fifth consecutive year of economic growth for Croatia, "once again strongly driven by private consumption and tourism", as pointed out by the IMF in its latest report on Croatia published on 19 February. Overall satisfied, the IMF celebrated employment growth, the general increase in wages, and the absorption rate of European funds, with a state budget that "is expected to register a small deficit at the end of 2020", due to recent increases in public employee salaries and some tax breaks.

Until this spring, Croatia was going in the right direction, as confirmed by the European Commission which on its website still indicates a growth projection of the Croatian GDP of +2.6% for 2020 and +2.3% for the 2021. Leaving aside the doubts that emerge when reading these reports (on their ability to predict the future, to consider the possibility of an unexpected event, etc.), the studies by the various financial institutions agreed in describing a growing country, now emerging from the long crisis of 2009-2014 and destined to reach – more or less slowly – the per capita wealth levels of the main European countries.

The pandemic and the lockdown are therefore primarily an abrupt halt on this path. But the various economic and financial reports on Croatia also indicate the country's weaknesses, which could now be highlighted. Surprising in this regard is the phrase found in an IMF report  of December 2019. Referring to the economic growth of the last five years, the Fund admits that "a good part of this can be attributed to 'luck', or to favorable global conditions that allowed a tourist boom”. Definitely not a good starting point to face now decidedly adverse global conditions.

We come therefore to Croatia's fragility – first of all, the excessive dependence on tourism , which in 2018 contributed to around 20% of the Croatian GDP. The recent instability of several competing Mediterranean countries (from Turkey to North Africa) is often mentioned to explain Croatia's success. In short, success also depends on external factors. Then there is the imbalance between imports and exports, which makes the young republic dependent on other countries for many products (including food) – the difficulties of Croatian agriculture must be placed in this context.

The relationship between immigration and emigration is inevitably a good indicator of the attractiveness of a country and the answer in this sense is without appeal in Croatia: the balance between those who arrive and those who leave has been negative for years. The Croatian Institute of Statistics  (DZS) registers an average loss of –20,000 people every year (and these data largely underestimate the phenomenon, given that those who move within the EU often do not declare their movement). In the short term, this leads to a lack of workforce in different sectors (tourism, construction); in the long term, it causes much more serious problems, starting with the sustainability of the pension system.

Finally, the critical issues of the public administration are a constant in Croatia both from an economic and political point of view (with nepotism and the role of parties in the selection of personnel). Without delving into this second point, suffice it to say that Croatia, a country of about 4 million inhabitants, has 576 local authorities between the various decision-making levels, employing in the PA 18% of all the workforce available in the country (according to estimates by Professor Ivan Koprić , of the University of Zagreb, in a recent study for the European Commission).

To these structural imbalances we must add the fact that the growth recorded in Croatia in the last few years has taken place in a very dishomogeneous way, favouring some sectors and some areas of the country to the detriment of others. For example, tourism has driven the real estate market and with it mortgages and, in this regard, the IMF warning at the end of 2019 is interesting. "Real estate prices are growing in the capital and coastal areas. Although there are no immediate reasons for concern, it is important to make sure that these developments do not lead to future problems. The real estate market must be constantly monitored in order to avoid that there is an excessive indebtedness of families, which could have a negative impact on the low and middle income brackets".

The first signs of the crisis: the real estate market

The latest news already seem to respond to the concerns of the IMF. In a recent article,  Jutarnji List   warns that "property prices will fall across Croatia". The newspaper, which interviewed real estate agents and industry experts, predicted a drop in prices between 10% and 30% in the coming months, tied to both the Zagreb earthquake (following which damaged buildings were put back on the market at discounted prices) and the expected collapse of tourism, in function of which new apartments were built.

“The real estate market is currently at a standstill, it is early to talk about falling prices. Now, people only sell if they really have to", Dubravko Ranilović, president of the Association of Real Estate Agencies in the Croatian Chamber of Commerce, assures Jutarnji List. But market standstill is not synonymous with normality. What will happen in the Croatian real estate market when transactions resume? Were the price levels reached in recent years healthy or were they hiding a bubble that is about to burst?

The tourism sector is holding its breath

Then there is the great unknown of the tourist season. When are the borders in Europe going to be reopened? When and how can travel be resumed? And who really wants to resume it? Croatian Tourism minister Gari Cappelli said last week that he expected "a third of the revenues of last year". "We can still reason about the arrivals of July, August and September", assured the minister, who is reasoning with neighbouring countries on how to organise "tourist corridors" to allow travellers to reach Croatia by car.

A look at the 2018 data helps frame the minister's expectations. First of all, July and August make up 46% of annual arrivals (and 59% of overnight stays) – a seasonal imbalance that has been pointed out for years, but which has not been resolved. In short, losing those two months would equal losing all of 2020. On the other hand, trying to ensure access to the Croatian coasts to interested "neighbours" is a good strategy: Germany, Austria, Slovenia, Italy, and Poland are the top five countries by origin of tourists in Croatia. Together they represent over 6 million travelers, out of a total of 16.6 in 2018 (the whole of Europe is worth 14 million tourists).

Finally, Cappelli also hopes to be able to count on internal tourism and for this reason, from 1 June, a "CroCard" will be launched that will allow employers to give their employees a 2,500 kuna bonus (approximately 320 Euros) to spend on accommodation and catering in Croatia. It is difficult to say, in this context, how many companies will decide to use this tool and what its impact will be. One thing is certain: domestic tourism has remained virtually still in the last twenty years and counts for little or nothing on the total volume of tourist flows. Today, Croatians represent 12% of tourists and 8% of overnight stays – these figures are unlikely to save the 2020 season.

Unlike the 2008 crisis, when most European governments reacted with austerity measures with the aim of containing deficit and public debt, this time it is clear that all governments will be allowed to increase public spending and exceed the Maastricht parameters. Croatia has already put in place several measures to contain the effects of the lockdown and the impact of the pandemic on the national economy.

First, the government has decided to pay three months (3,250 kuna or 425 Euros for the month of March, 4,000 kuna for April and May) to employees and self-employed workers affected by the crisis: 80,000 companies have requested the subsidy, for a total of half a million workers. Then there is the tax exemption for companies that can demonstrate a drop in turnover of over 50% for the month of March, while a postponement of taxes is proposed for those companies that have lost between 20% and 50 % of their turnover. The entire operation will cost the state coffers 30 billion kuna (4 billion Euros), and because of this the debt is expected to rise by 13.5 this year, reaching 86.7% of the GDP at the end of 2020. The government's primary objective is not containing deficit and debt, but limiting unemployment, which is however estimated to rise to 9.5% in 2020 and to 9% in 2021.

If these are the medium-term measures, in the long term there is a whole system to be questioned. The imbalance between the coast and the capital on one side and the hinterland and the east of the country on the other. The disproportionate role of tourism and in particular of summer and mass tourism, which has deformed many cities, raising rents and property prices and driving residents out of historical centres. Nepotism, corruption, and an inflated public administration are often related issues and among the causes of constant emigration, especially among young people. In short, the knots present for years within the young republic are now at risk of coming to a head all together. The government announced a set of extensive reforms to be implemented between this and next year. Nearing the end of its term (elections should be had this year), after going through many scandals, resignations of ministers, and a reshuffle, the Plenković government now has the opportunity to start a new course.