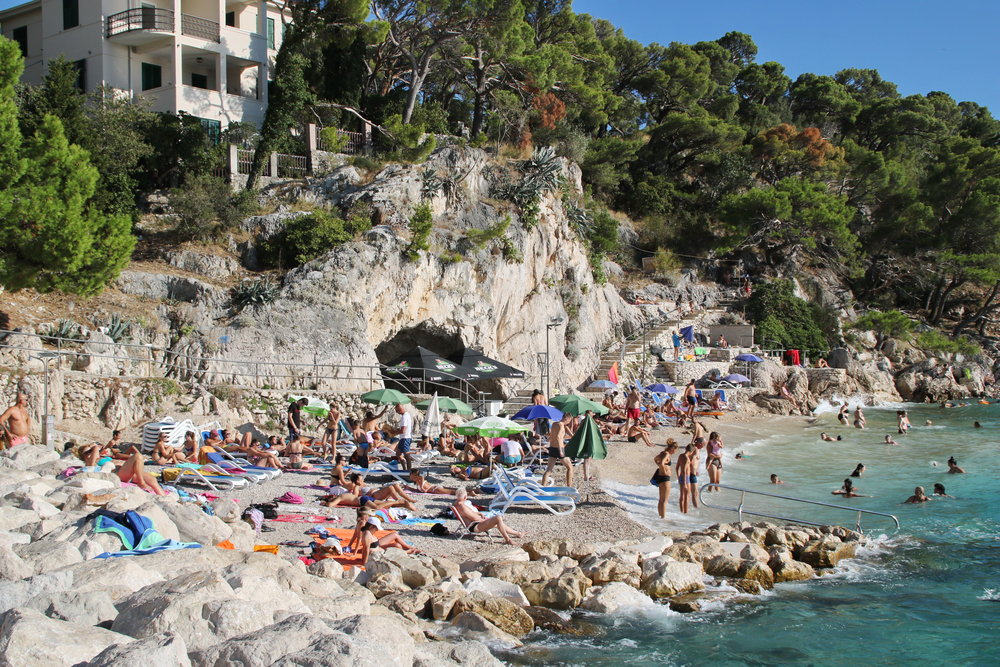 Croatia managed to save the tourist season, which went reasonably well in July and August, but is paying with a record of coronavirus infections, while school is scheduled to reopen on 7 September - just not sure how

Last weekend, a new record of infections was reached: 306 new cases were registered on Saturday 22 August – the highest number ever reported in Croatia since the beginning of the pandemic. For context, during the so-called first wave between March and May the figure never exceeded 100. Furthermore, if we consider the number of infections per 100,000 inhabitants, Croatia has become the 6th worst country in Europe over the last two weeks, after Spain, Malta, Luxembourg, Romania, and France (data from the European Centre for Prevention and Control of Diseases, ECDC).

Predictably, the country pays for its tourist season, or rather the attempt to save at any cost the months of July and August, which are very important for the national economy. Just over 2 million tourists visited Croatia in July and 2.3 million did so in the first three weeks of August – fewer than last year, but not dramatically so. In fact, on average the country registered two-thirds of the inflow of 2019, some locations even 70%.

In short, from a purely economic point of view (and tourism is worth almost a third of GDP in Croatia), Zagreb seems to have made the right choice, introducing very strict measures in spring and arriving at the beginning of June with 0 daily infections, in time to market itself as a COVID-free country for the holidays. After the general elections of 5 July and with the start of the tourist season, however, the number of infections started to rise again and soared in mid-August. So today, as the high season draws to a close, emergency measures reappear while Croatia ends up on the black list of many European countries.

"The figures show that we need to remove Croatia, Austria, and Trinidad & Tobago from our #coronavirus Travel Corridors list in order to keep the level of infections low", UK Transport Minister Grant Shapps tweeted last week, announcing a mandatory 14-day quarantine for those returning to the UK from these three countries. A similar measure against Croatia has also been taken by Slovenia, while Austria, Italy, and other European countries impose a mandatory buffer on those coming from Croatia (Germany considers two Croatian regions on the coast to be "red zone").

Meanwhile, new restrictive measures have been introduced in the country. From mid-August, bars and discos must close at midnight (the decision to reopen discos has been criticised, just as in Italy). Last week, the Split region also decided to limit the number of guests at weddings (max. 50 people) and private parties (20 people), again prohibiting bars from serving customers inside, but only at the outdoor tables, while farmhouses can accept groups for catering up to a maximum of 20 people.

"There must be no new lockdown, the goal is to give responsibility to local crisis units", Croatian Interior Minister Davor Božinović said last Monday. The minister explained that in managing the epidemic in the coming weeks the government will prefer a regional approach, taking into account the differences between the regions of Croatia. In other words, as the increase in infections mainly concerns Istria, Dalmatia, and Zagreb, restrictions will only be introduced in these areas. The average age of infected people, very low compared to the "first wave" (just over 30 years), means that for the moment there is no overload in hospitals.

There are currently 2,212 infected people in Croatia, including 136 in hospital and 12 in intensive care.

Although Božinović assured a few years ago that "less than 1% of tourists have been infected [in Croatia, ed.]", the introduction of new quarantine measures by neighbouring states has provoked, according to the local press, an early exodus of thousands of visitors. Queues were reported both entering Austria and Slovenia, caused by those tourists who chose to interrupt their holidays in Croatia to avoid having to spend two weeks in quarantine once home. On the other hand, however, the Croatian press notes that, despite the announcement of new measures in the UK, two planes full of British travellers landed regularly in Dubrovnik last weekend.

In short, it seems to be still too early to determine with certainty a trend in this year's tourist season, which for the moment seems to be – at least for the months of July and August – not so catastrophic. Veljko Ostojić, director of the Croatian tourist board, told Glas Istre that, despite the worsening of the epidemiological situation, "we should not abandon the rest of the season". "Losing tourism revenues in September and October would not be wise", argued Ostojić. At the same time, he added, subsidies to the sector will be needed.

As the first reviews of the tourist season are emerging, with the projections of revenues and the comments on the most popular accommodations (campsites and large hotels, capable of guaranteeing high quality standards), the problem of schools reopening also arises in Croatia. In what conditions will school be able to start on 7 September? As of now, the Ministry of Education informs that masks will be necessary in the classroom if it is not possible to maintain a distance of 1.5/2 meters between pupils. In primary schools, moreover, the temperature of pupils will be measured every day. Finally, if a child tests positive for the virus, the whole class will have to be quarantined and then online lessons will resume.