Croatia, young people and Covid19: lessons learned from the first year of the pandemic 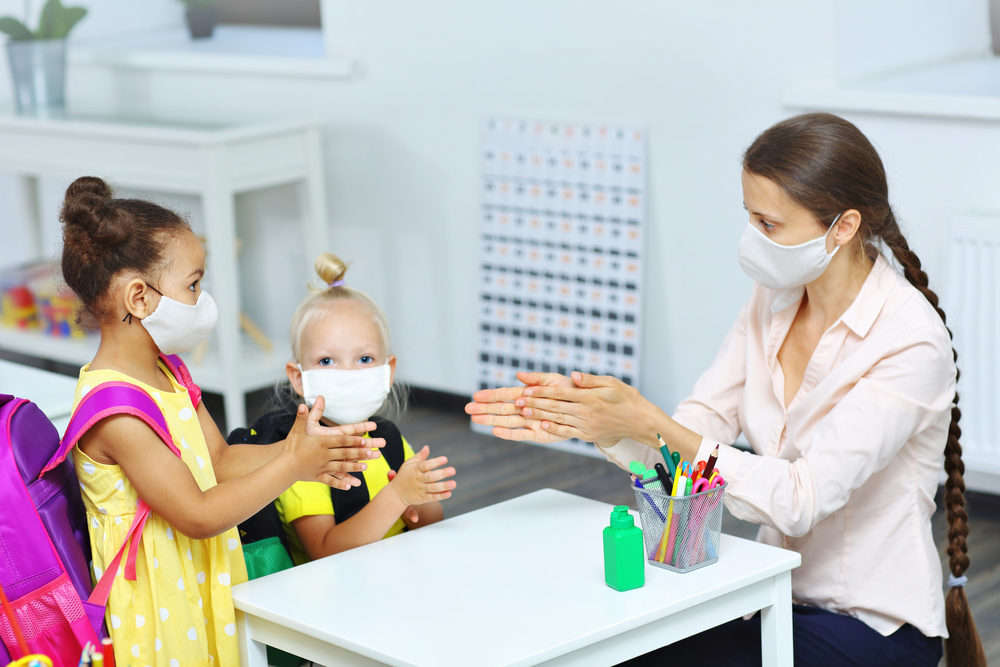 How has the pandemic affected young students in Croatia? A study by the Polyclinic of the City of Zagreb, published last spring, took stock of the situation a year after the first wave of Covid, studying a sample of 22,000 minors

With the arrival of low temperatures, the number of coronavirus infections has risen again in Croatia, where the threshold of 3.000 cases in one day  was exceeded on Thursday 21 November – something that had not happened since last spring (Croatia is now a "dark red" area according to the ECDC ). The new wave, in a country where less than 50% of the population has been vaccinated, is bringing back old debates about whether to shut down non-essential businesses, to vaccinate children over the age of 12, or to introduce a Green Pass  to access restaurants, bars, and shopping centres.

However, the issue of the consequences of the pandemic and restrictive measures on young people and children has disappeared from the public debate after being brought to the fore a few months ago by an interesting research  by the Polyclinic of the City of Zagreb for the Protection of Children and Young people. Published in March 2021, the study – titled “One year later. Results of the mental health screening of children in Zagreb” (available in English here ) – involved over 22,000 minors (two thirds under the age of 15) with the aim of learning about the consequences of the first year of the pandemic and the March 2020 earthquake in Zagreb on children's mental health. As we prepare for a new wave in Croatia, that research is now full of useful information.

Lessons learned from the first year of the pandemic

In the first months of the pandemic, Croatia was not particularly affected by the virus. By looking at the graphs  tracing the number of daily infections or deaths from Covid-19, the first real wave of infections hit the young republic starting from mid-October 2020, while the second began in mid-March 2021 and the third is developing these days. Therefore, the period considered by the report of the Zagreb Polyclinic involves only one important phase of spread of the virus, namely the winter 2020-2021, but also includes another important stress factor for the Zagreb population: the earthquake that hit the Croatian capital on 22 March 2020.

Against this backdrop, the study reads, "most children have been affected in some way by the pandemic, both through their own direct experiences and through the experiences of people close to them". The experience does not necessarily have to be that of coronavirus infection (only 11% of the children involved in the study had Covid-19). An indirect contact but very close in everyday life is sufficient: for example, more than one out of five children (22%) saw the disease in the family and 26% saw it in a close person outside the family. But that is not all. 61% of the children experienced quarantine at least once in the analysed period, as did 43% of their family members and 35% of the people close to them (friends, teachers, relatives, etc.).

In most cases, as we know, people with Covid-19 recover within a few days or weeks. But even in the lives of the minors interviewed by the doctors at the Polyclinic there are people at risk, as they are elderly or suffering from other pathologies or particular medical conditions. Thus "almost one in two children (43%) has a close person outside the home who falls into the risk categories, just as almost one in three (31%) of the family in which the child lives is at risk". As a result, 1% of minors saw a family member end up in hospital for Covid-19, while for 4% of them it was instead a person close to, but out of the home, who was hospitalised. In some cases, unfortunately, there was also the experience of the death of a family member (0.4%) or a loved one who is not part of the family (2%).

This difficult year, made for the youngest of online lessons, quarantine periods, and often direct experience of the pandemic, was further complicated by the traumatic event of 22 March 2020. According to data collected by the Polyclinic through the parents involved, 82 % of children and adolescents experienced the earthquake that hit Zagreb firsthand. In most cases, the houses of the interviewed families were not damaged (84%), or remained in any case safe even if damaged (15%). Only in 1% of cases, the family had to temporarily or permanently leave the home, declared uninhabitable. This trauma, adding to that of Covid-19, has produced a series of symptoms in the 22,000 minors involved.

"The data obtained show that one in ten children (9%) has significant symptoms of anxiety and/or depression, which exceed the level of unpleasant emotional experiences expected for their age", the study reads. In addition, one in seven children (15%) has "a significant level of post-traumatic stress symptoms, that is, changes in emotion and behaviour that occur as a result of an experience that can be defined as traumatic". In the latter case, the most common symptoms are difficulty in concentrating (56%), anxiety at the memory of the traumatic event (51%), or increased shyness or emotional sensitivity (51%), while in the first group depression manifests itself mainly as fear of failure (74%), anxiety in social contexts, (60%) or a general sense of sadness and emptiness (48%).

According to the report of the Polyclinic, these symptoms manifest themselves in the same way among elementary or high school children, and are more pronounced among girls than boys. As expected, the symptoms are stronger in children who have experienced trauma to a greater extent, for example because their home was severely damaged or declared uninhabitable after the earthquake or because they have lost a loved one due to Covid-19. The direct experience of the disease, on the other hand, seems to have a lesser impact than the development of complications in a loved one (or in the child themselves) because of belonging in a risk category.

"It is important to know what to expect"

"The screening conducted by the Zagreb City Polyclinic for the Protection of Children and Young People was followed by further research, both at the municipal level in other cities and at the national level, and all confirmed these results", comments Dr. Igor Miklousic, one of the authors of the study “One year later”. As Croatia is preparing for a new wave, Miklousic points out two major problems that contribute to complicating the experience of children (and parents) during the pandemic.

“On the one hand, psychological support in Croatian schools is lacking. In Zagreb, from this point of view, the situation is fine, but outside the capital the means are concentrated above all in the big cities, while in the rest of the country most schools remain without psychologists”, says Igor Miklousic. Secondly, the researcher warns, "it is easier to prepare for a new situation if you know in advance what to expect and what the possible scenarios are". In other words, "the government should announce as of now what will happen to schools in the case of infections in classrooms, and also clarify immediately the policy on the use of masks in institutions".

"Predictability is very important to allow parents and pupils to keep the situation under control – continues Dr. Miklousic – even if Croatia adopts a traffic light system as in other countries, or by announcing which rules will come into force when certain conditions are met, it would be easier for adults to explain to the little ones the reason for a new situation". In the absence of an intervention on these two points (greater means of psychological support in schools and better planning of measures to combat the pandemic), Croatian psychologists and professionals in the sector have responded by making available online numerous documents and materials to help parents navigate the uncertainties of this period.

These materials range from suggestions for games that can be played at home with children, to online workshops aimed at informing adults about the symptoms of stress, depression, and anxiety among children. "The invitation to parents is to check if there are any new features in the children's routine, for example regarding sleep, and to be ready to ask for help if necessary. We must also try to compensate for the lack of social interactions by bringing children outdoors and letting them meet their peers. Ultimately, it should be borne in mind that, in this period, grades are not only the result of the students' work and commitment, but also of the emotional load they carry on their shoulders", concludes Miklousic.