Serbia: fundamental rights of young people tested by the pandemic 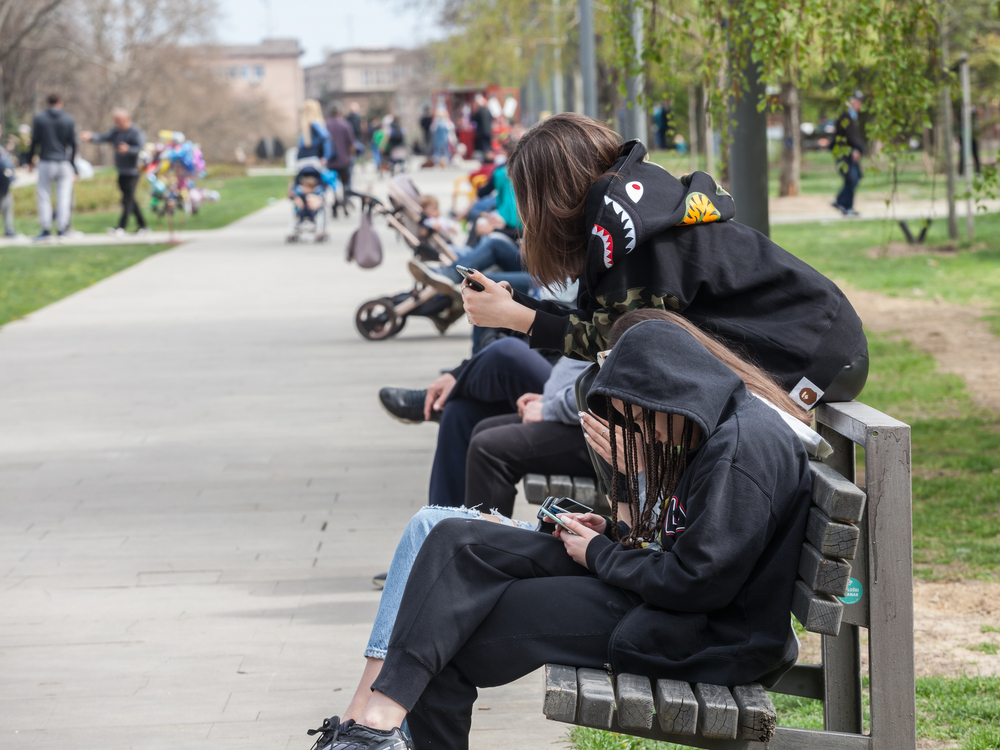 Girls on a bench in the centre of Belgrade - ©BalkansCat/Shutterstock

School, the world of work, personal freedoms: young people in Serbia have not been at the centre of the priorities of the institutions in Serbia in this pandemic period – nor were they before

Trying to understand the social and political reality of Serbia is complex not only due to the lack of official data on many phenomena that characterise Serbian society, but also, and above all, due to the tendency of a large part of the political and academic world to exploit the data to satisfy various particular interests. A trend that goes hand in hand with a substantial indifference of the ruling elite towards the problems affecting the most vulnerable sections of the population.

The Covid-19 pandemic, then, did nothing but expose all the distortions of a political and economic system that is increasingly aggressive and intolerant towards the fundamental rights of citizens.

The health emergency therefore acted as a magnifying glass. Among other things, it emerged that young people are one of the most vulnerable and marginalised categories of Serbian society.

In April 2021, the Belgrade Center for Human Rights (BCLJP) published a report  on the human rights situation of young people in Serbia [Izveštaj o ljudskim pravima mladih u Republici Srbiji u 2020. godini] which addresses the rights of the youth population, also providing an initial assessment of the effects of the Covid-19 pandemic on the actual enjoyment of rights and freedoms by young people.

The report is based on data obtained both from state institutions and various human rights organisations as well as on information that emerged from interviews with representatives of institutions and with subjects committed to guaranteeing the exercise of fundamental rights by the young.

Focusing on some of the areas of life of the younger generations most affected by the pandemic – such as education, health, work, freedom, and personal security – it becomes clear that the health crisis, or the way it has been managed by the ruling elite, has only amplified the difficulties and hardships that have long been an integral part of the daily reality of young people in Serbia.

Education was undoubtedly one of the areas most affected by the health emergency, especially in countries, such as Serbia, where the school system, even before the outbreak of the pandemic, was unable to achieve its main objectives, including the educational inclusion of variously disadvantaged pupils and offering students the opportunity to acquire skills and knowledge useful for entering the labour market. In fact, according to the PISA 2018  (Programme for International Student Assessment) report, in Serbia only 47% of students acquire basic skills to access the labour market in school, compared to an average of 77% in OECD countries. 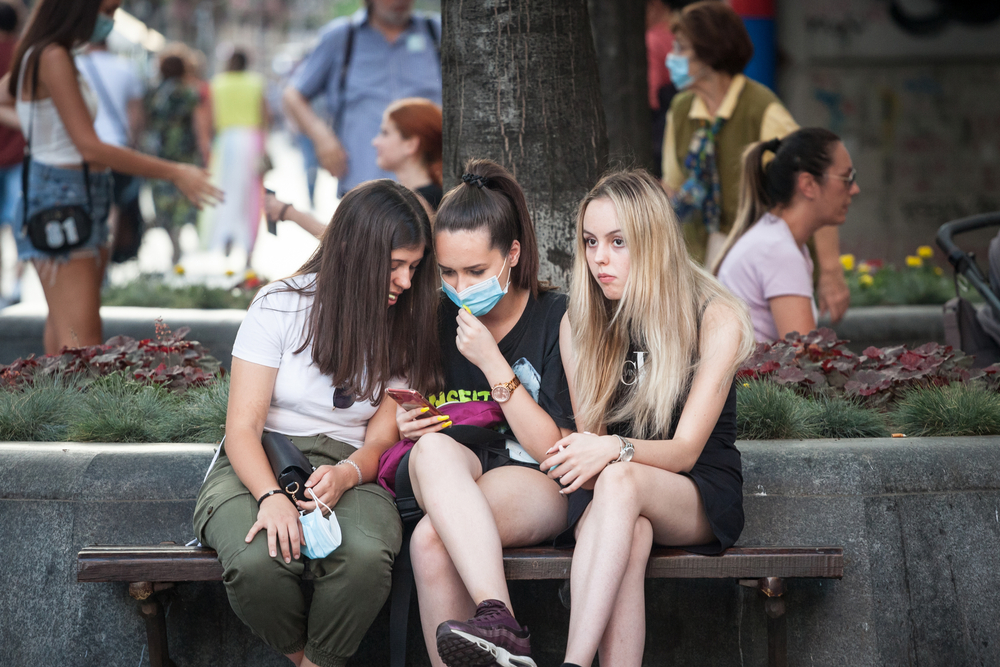 During the pandemic, and especially during the state of emergency (proclaimed on March 15 and lifted on May 6, 2020), a strong socio-economic gap emerged between students – a long-standing gap that goes far beyond the digital one, mirroring the deep inequalities rooted in Serbian society, such as the marginalisation of the Roma community or the north-south divide of the country. According to research  cited in the BCLJP report, carried out by the Union of High School Students in Serbia (UNSS), 37% of students are forced to share computers with their families, while 14.7% of students do not own any computer.

It is therefore not surprising if – as shown by a survey  conducted by KOMS (an umbrella organisation that brings together youth associations in Serbia) – 26% of students did not have the opportunity to attend distance learning during the state of emergency, a percentage that rises to 42% among students who live in remote areas and attend school in small towns of up to 10,000 inhabitants. Nor should it surprise that 29.6% of young people who attended distance learning expressed a very negative opinion on the quality of the lessons, which were considered not very inclusive (the lessons in fact were often not done using the distance learning but broadcast exclusively on television channels, thus not allowing any type of interaction), much less the fact that 36.5% of young people believe they did not have access to adequate education during the pandemic.

According to what emerged from an investigation  carried out by the Serbian Center for Investigative Journalism (CINS), during the state of emergency one out of seven students with disabilities was effectively excluded from any form of teaching.

Another area in which the pandemic has highlighted all the fragility and vulnerability of the condition of young people in Serbia is that of work.

In the course of 2020, some state officials, including Prime Minister Ana Brnabic, repeatedly stressed that youth unemployment would drop "to historic lows". However this fact, if contextualised, turns out to be anything but positive.

It is true – as shown by the data  published by the National Statistical Institute (RZS) – that in Serbia in recent years the unemployment rate of young people between 15 and 24 has dropped significantly, from 52.5% at the beginning of 2014 to 26.6% in 2020. It is equally true, however that in 2020 the rate of inactive young people 15-24 (i.e. those who may study, but who do not work or look for a job) touched 71.7% (the highest in recent years), while the share of so-called NEETs (young people who do not work or study) reached 15.9% (marking an increase of 0.6 percentage points compared to 2019). Furthermore, it should be taken into consideration that as many as 24.3% of informal workers are young people.

These data are explained not so much by the health emergency, but rather by the growing insecurity and under-qualification of the youth workforce, phenomena that have a strong discouraging effect on young people looking for work, increasingly convinced of the impossibility of find a decent job in Serbia that matches their qualifications, and therefore more and more pushed to emigrate in search of a future.

The pandemic has also highlighted all the hypocrisy and inadequacy of the "active" policies aimed at young people promoted by the current government, which in summer 2020 launched an incentive programme  for the recruitment of young people with many controversial aspects, among other things because it provides for a new form of contract that according to the critics does not even comply with the current labour legislation. A programme that fits perfectly into a more general trend towards the reduction of workers' rights, making young people – already relegated to the margins of the world of work – one of the occupational categories most at risk.

That the Serbian government has done little to protect the rights of young people during the health emergency is also shown by the decision, announced in July 2020 a few days after the political elections, to introduce among the new restrictive measures the closure of university residences. An announcement that sparked strong protests from students who, already in April 2020, during the state of emergency, were forced to abandon them.

During the demonstrations, repressed with brutal and disproportionate violence, many young people were placed in custody or arrested, being denied a whole series of rights that belong to persons deprived of their liberty, including – as stated in a report  by the National torture prevention mechanism – the right to use a lawyer and the right to inform family members of the incident. Some young people also reported that they had suffered mistreatment and violence by police officers during the protests and then during their arrest. The lawyers of the Center for Human Rights in Belgrade are currently assisting 18 people – 13 of whom are under age 30 – who suffered abuse and violence by the police during the July 2020 protests.

Given these premises, it is completely understandable that 41.4%  of the young people interviewed by KOMS judged the reaction of Serbian institutions during the state of emergency as unsatisfactory, a percentage that rises to 58.9% regarding the behaviour of the authorities after the revocation of the state of emergency.

Another significant aspect is that – despite being constantly branded by most politicians and the media as "irresponsible" and "selfish", and accused of being the main source of contagion – during the state of emergency many young people, namely 23% of those interviewed, said they had volunteered, and of these 78.7% volunteered spontaneously, for example in helping neighbours and elders.

During the pandemic, it has therefore become clear that young people, while one of the most vulnerable and disadvantaged categories of Serbian society, are capable of demonstrating resilience and strength to fight for their rights, as well as significant solidarity with those most in need.