Kosovo: the lost battle against corruption 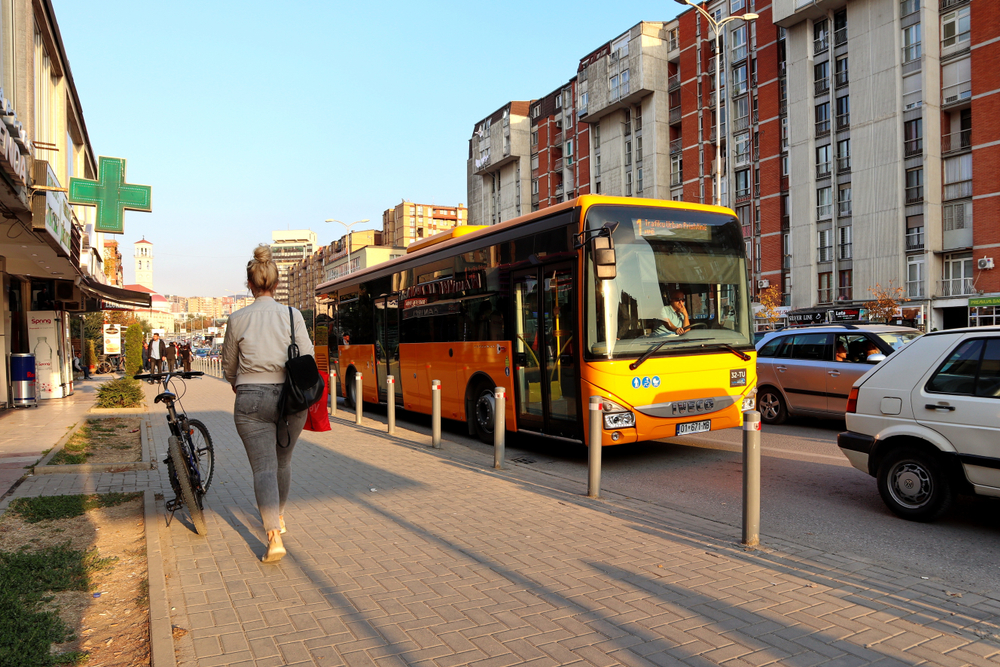 Kosovo was ranked 104th out of 180 countries by Transparency International’s Corruption Perception Index in 2020, scoring 36 out of 100. The young state has persistently scored along the margin of 33-36 for the last few years, with efforts to eradicate corruption fading away.

Although the issue of corruption has been at the core of the international community's agenda since the early days of Kosovo’s existence as a separate polity, the issue has been overshadowed by more urgent matters. Yet, scandals involving high-ranking officials and politicians have pushed the matter up in terms of urgency. However, while locals remain reluctant to take the lead, the international community is becoming increasingly weary of the lack of progress.

Corruption is endemic and takes various forms ranging from abuse of office, clientelism, and nepotism up to bribery. The appointment of party or family members to the boards of publicly owned enterprises and the employment of relatives or close friends in high government positions is common practice. Awareness about the problem is high amongst the public, and the issue is often ranked in second place, after unemployment, in the list of Kosovo's challenges.

However, clientelism and nepotism have deep roots well before the 1999 war. The country’s turbulent history and the recent conflict have only consolidated this pattern. It may take generations before Kosovo is able to eradicate the most severe form of corruption. “Many key people here are very powerful, some of them have strong connections. So, the general population is very reluctant to act against them”, explains Alastair Butchart Livingston, Senior Adviser at the Office of the Kosovo Prime Minister.

Almost every political party is clientelism-based. “Political parties buy votes and secure those votes by channelling funds to municipalities, teachers, or workers. All those people then vote for the party which made sure that A gets a job in that school, or that B works in that hospital. I am afraid that the whole political system is based on clientelism”, says Norbert Pijls, Project Director, Helvetas Swiss Intercooperation. This undue political influence hampers the independence of the judiciary and turns into corruption that is immune to prosecution.

Petty corruption is also widespread. “Even to get simple papers, like a birth's certificate, you need to bribe someone”, says Visar Duriqi, Insajderi investigative journalist.

Efforts to fight corruption date back to the UNMIK's era, when a skeleton of state institutions started being built under the ‘Standard Before Status Policy’. The EU has shown a lot of interest in building rule of law and assisting Kosovo institutions in developing legal and institutional tools to fight corruption. Following Kosovo’s independence on 17th February 2008 and EULEX's deployment as part of the EU's enlargement framework, the initial institutional and legal achievements have been consolidated.

Along with UNMIK and the EU, several other international actors have committed to the fight against rampant corruption. The magnitude and extent of the international engagement is immense. For instance, Council of Europe and UNDP provide legislative and policy-drafting support to align the local legal framework with international best practices. OSCE monitors and mentors schemes to support the functioning of anti-corruption institutions and judicial processes. Overall, international actors’ engagement is diverse, multi-layered, and often overlapping.

“In the period 2010-2014 we focused on setting up the legal and the policy framework, drafting amendments to the Anti-Corruption Agency, laws on political parties' financing and assets' income disclosures, and we just started training investigators on assets recovery”, explains Mato Meyer, Chief Technical Adviser on Anti-corruption at UNDP.

Also, there is a multitude of training programmes run by international agencies and some embassies. Some NGOs monitor the local situation while running awareness raising campaigns.

Explaining the magnitude of NGOs' contribution, Ehat Miftaraj, Executive Director of the Kosovo Law Institute, says that their institution “monitors ten thousand hearings annually”. He adds that “we monitor all corruption cases in courts. We are also dealing with assets' confiscation and conflict of interest. We provide comments on all corruption- and organised-crime related issues. We provide recommendations to KPC and KJC with regard to implementation of the legislation”.

One might expect such a diverse commitment to result in a steadfast improvement in local conditions. In fact, limited progress has been recorded under strict international surveillance over the years. Legal instruments have been strengthened and a number of institutions have been established. International assistance has significantly invested in capacity-building trainings. However, the country's performance in fighting corruption does not match the degree of locals' and internationals' commitment and efforts.

As Kosovo continues to progress at a snail’s pace and corruption still plagues the country’s public sector, lack of ownership in the fight against corruption strikes the attention of those taking a closer look.

Kosovo has long been the testing ground for internationally-led liberal state-building policies. So far, the fight against corruption has been shaped by the pressure and engagement of international actors, primarily the EU. Kosovo has been quite responsive to this pressure. Local institutions have been built and laws adopted by following top-down crafted policies. However, such a battle is a lost one unless local institutions take the lead.

In fact, the long-lasting international involvement with a strong top-down approach has somehow disincentivised local ownership. Consequently, as Norbert Pijls from Helvetas Swiss Intercooperation explains, “locals just let any mission in and they do not coordinate foreign intervention”.

In practice, “international institutions observe and draft something that they recognise as a need and hand it to local institutions”, says Alastair Butchart Livingston. The Kosovo government and other local actors are yet to engage in any serious effort to coordinate foreign involvement or the external support in the field of rule of law and the fight against corruption.

In fact, a degree of inter-institutional cooperation happens at the project level amongst international institutions. “We have been here for two years now and we had just one meeting with one of the other delivering partners, the US. Because it became clear there was some similar complementary work going on, we agreed to tweet a bit, in order not to repeat the same thing. But that's the first time since I have been here that's happened”, says Ken Taylor, Project Director at Axiom International Ltd.

Thus, according to Ken Taylor, weak coordination results in “having multiple projects addressing the same issue, but not tackling the one which really deserves attention”.

Inevitably, more efforts should be re-directed to empowering a locally-owned mechanism coordinating and directing foreign assistance in the fight against corruption. This also may ensure, among other things, an effective usage of international funds and assistance while preventing overlaps.

The article is part of the Building Knowledge about Kosovo project, supported by the Kosovo Foundation for Open Society.