Women and politics in Kosovo: were the local elections a missed opportunity? 19/10/2021 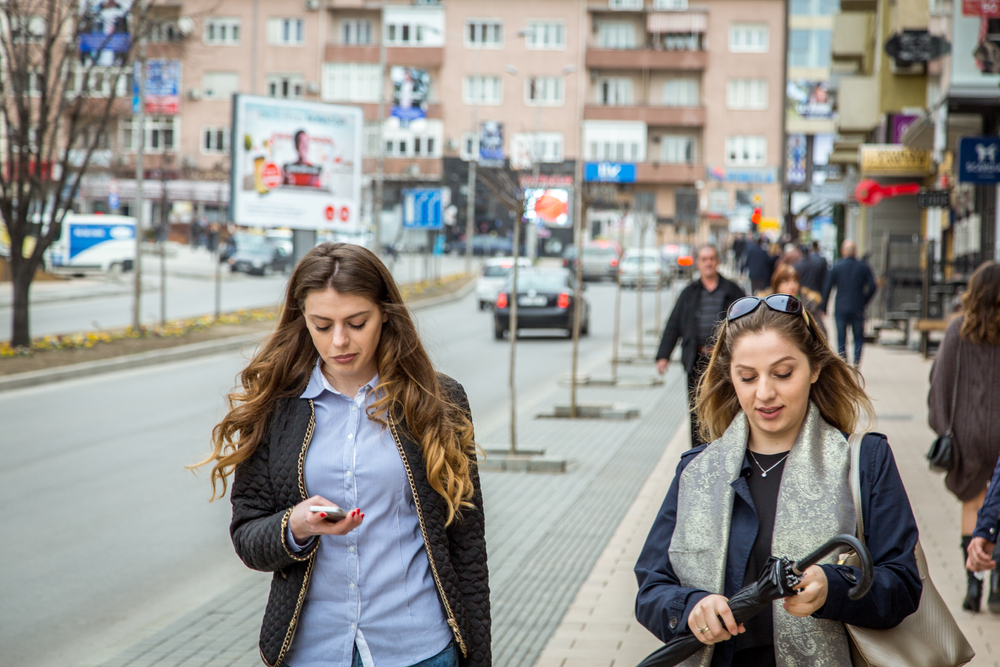 In Kosovo hierarchical and patronage based political parties prioritise funding of electoral campaigns for male candidates. This undermines participation of women in politics

Party funding regulation in Kosovo is a contested issue. In June last year, 100 civil society organisations protested the draft law on financing of political entities claiming that it violated Kosovo’s Constitution and international party funding regulations. The Venice Commission shared the protesters’ concerns pointing, among others, that some donations in Kosovo are still being received in cash, which is not tracked, and it is not clear how citizens have made contributions larger than their annual incomes.

Irregularities in party funding are closely connected to corruption and the shadowy patronage networks it relies on, both a serious concern for Kosovo. The country is ranked around the bottom when it comes to corruption perceptions in Europe and its Transparency International’s (TI) Global Corruption Barometer ranking dropped from 85th place in 2017 to 93rd place in 2018 . The European Commission in its 2018 Report on Kosovo also noted that ”corruption is widespread and remains an issue of concern”.

Corruption thrives on the hierarchical patronage-based structure of political parties and their control of the state’s institutional framework. That those patronage networks are dominated by men, has a bearing on the implementation of party funding regulations and negatively influences women’s political participation. Our research shows that in Kosovo hierarchical and patronage based political parties prioritise funding of electoral campaigns for male candidates. This is facilitated by the lack of adequate regulations on how funds should be distributed within a party and inadequate provisions on transparency and monitoring of party spending, which both allow men to undermine funding and therefoe participation of women in politics.

Specifically, tight men controlled party patronage networks reduce the opportunities for women to receive funding. Insufficient regulation and lack of transparency on how funds are distributed among male and female party members, end up prioritising male candidates. In the context of male patronage works, males are seen as more desirable and reliant candidates.

Shpend Emini, Executive Director of Democracy for Development, explains: “It starts there, in the perception and mentality of political parties than men are the ones with muscles […] In my opinion, it is because of this mentality in political parties that they do not see women as a very strong factor for changes, for development, for fighting corruption, but they see them rather as someone who will be there for the administrative work and when you go within political parties you see that women participation is very low.”

Pranvera Lipovica, Senior Program Manager, National Democratic Institute, specifies that party structures and men domineered networks allow male candidates better access to political resources: “Male candidates have more access to resources that parties have because they have most of the positions, if let’s say they are in government and they have access they, use it, even though it is not ethical.[…] Women do not support women, there is no proper networking".

Emini adds that men also have better access to donors’ support, due to discrimination of women in the workplace and issues with women’s access to the workplace..

Shortcomings of the Law on Financing Political Entities in Kosovo makes party funding even more un-transparent and prone to corruption. The initial Law did not have any gendered aspects to party funding, but, a 2012 amendment added that party funds may be used to fund the respective women and youth units of political parties. Yet, this is the only gendered element in the Law and neither the Law nor its amendments provide specific regulations on how party funds, especially those from the State Budget should be distributed among political candidates.

On annual basis, around 5 million euros are distributed among political parties from the Budget . However, it is not clear how these funds are distributed between male and female candidates. What is clear, is that decision making processes are determined by top-down and male-dominated structures. As the International Institute for Middle-East and Balkan Studies (IFIMES) underlines : "Nepotism is present in all segments of the society, and everything is controlled by the top structures of political parties”. Therefore, lack of regulation in this area makes distribution of party sources vulnerable to all men leaders’ preferences.

Political parties may also receive contributions from natural (2000 Eur per year) and legal persons (10000 Eur per year). When a party receives a donation, they should notify the relevant authorities and if the origin of the money cannot be proven, the funds should end up in the Budget. However, in practice this is not always the case. Financing of political parties in general shows - as the Venice Commission states -  “significant amounts of unverifiable income and expenditures, persistent violation of financial accounting, internal control and reporting standards and showed instances of being in violation of the tax laws and the Law on the Prevention of Money Laundering”.

What is more, electoral candidates are not required by Law to declare where they have received donations for their campaigns. Such legal gaps provide opportunities for them to further evade transparency. It also creates “quid pro quo” situations through which powerful individuals and businesses provide funding for electoral campaigns in expectation that once those individuals are elected, they will protect their private interests. Considering the privileged position that men have in political parties, and the perception that men will get more votes in elections, such donations tend to end up in the hands of men.

This mechanism of men domineered political patronage facilitated by legal gaps further impacts some women more than others. Not all women have equal access to funding and there are substantial discrepancies on the amount of funds they receive. Minority and marginalised women, especially those who lack education and are exposed to poverty are even less likely to receive necessary funding to run an electoral campaign. According to interviewees from the NGO sector in Kosovo, intersectional discrimination, often understood as discrimination on more than one ground, is a serious problem for Kosovo, and women from minorities are less likely to get access to politics. This is because relevant laws do not account for these discrepancies whereas certain categories of women are not considered as candidates worthy of donations.