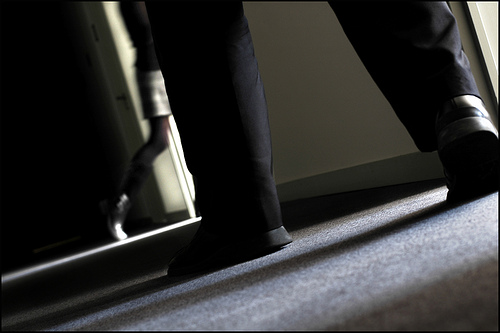 Police in Kosovo register over 1,000 officially-reported episodes of domestic violence every year and four out of five victims are women. However, official data is just the tip of the iceberg – not many women dare denounce their agressors

According to data from the Kosovo Police's Human Rights Department, there were 9,772 police-documented cases of domestic violence between 2002 and 2009 - over 1,000 episodes per year in a country with a population well below 2 million, according to the most recent census. Out of those cases, almost 80 percent of victims are women and nine perpetrators out of ten are men. In over half the cases, violence against women was also associated with violence against children.

The phenomenon is more widespread in the country's rural areas where people's level of education is lower on average than in urban centres and economic conditions are worse. The end of the war brought new opportunities to towns and cities, but it also brought widespread poverty and unemployment to the countryside. In this context, men often don't manage to fulfil their traditional roles as breadwinners and “heads of families” and, instead, exert their power through aggressive behaviours against wives and children.

Domestic abuse takes many forms, ranging from neglect to physical, sexual, psychological and economic violence. The consequences of such violence are serious for both the victims and the communities affected and can lead to broken families, suicides, and murders.

The tip of the iceberg

Official figures can testify to the phenomenon, but not to its actual magnitude. How can those cases that are not reported to authorities be quantified?

The Kosovo Women's Network (KWN), founded in 2000, is an umbrella organisation made up of over 80 associations that advocate for women's rights. In 2008, the network carried out a study called “Safety at Home” that showed that 43 percent of the population experienced domestic violence in their lives. The study also showed that violence against women and children is largely underestimated because most victims do not dare to denounce their abusers. The reasons for this are multiple, but are all related to the traditional, rural character of Kosovo's society, where patriarchal structures severely limit and stereotype women.

For most people, violence is not seen as a violation of women's rights but as normal interaction between men and women. Violence against women is socially accepted to the point that the study by KWN found that over a third of respondents considered physical violence between partners as something normal. Furthermore, violence is seen as a private matter that should remain such. A woman betrays and shames the family's honour if she denounces her batterer – paradoxically, shame does not fall on those who perpetrate violence, but on those who speak about it. Women's financial dependence on their husbands, their fear of losing their children, and fear of more violence also contribute to keeping women silent.

Victims rarely get the kind of services and assistance they need from State institutions such as the police or the judiciary. Police, as well as the justice system, often delay or neglect supporting victims and taking actions against abusers. Perpetrators, even if they are serial abusers, are seldom convicted and victims therefore have little trust in institutions.

Thanks to the presence of the international community and pressure from women's rights associations, the Kosovo government recently set out to reform its domestic violence laws to meet European standards. In 2010, in order to guarantee better protection for victims and adequate punishment of abusers, the government adopted a Law and a National Strategy against domestic violence. Nevertheless, these reforms have not been implemented well and domestic violence is not yet a crime according to the country's penal code. Coordination mechanisms between institutions – police, judiciary, social services, hospitals – are weak and, when in place, not well respected. What is lacking is a real political will to tackle the phenomenon – the measures taken so far, though formally significant, seem like displays meant to impress the international community.

The media play their own negative role in this situation. Domestic violence rarely makes it to the news – when it does, journalists tend to be sympathetic towards abusers rather than towards victims. In general, media reinforce stereotypes and discrimination rather than educating the public on equal opportunities and women's rights.

Against this grim contextual backdrop, seven women's associations carry out crucial but dangerous work. These associations created and manage seven shelters for abused women and children, located in the main urban centres of Kosovo (Pristina, Prizren, Peć/Pejë, Gjilan/Gnjilane and Mitrovica). In 2008, in an attempt to break the silence of institutions and media, they created a National Coalition against Sexual and Domestic Violence.

In the immediate post-war period, the shelters hosted women victims of violence during the conflict. Several associations also supported women in the difficult task of testifying at the Hague. Today, shelters offer safe accommodation, food, clothing, as well as psychological, health, and legal support to the abused women and children. Some associations also support children in getting an education and women in finding a job with the goal of helping them become financially independent. Over 2,000 women and children have been hosted so far.

These associations meet a serious social need and fulfil a task completely neglected by official institutions. The government only covers 20 percent of these shelters' overall expenses and public funds are allocated on a year-by-year basis. For this reason, associations have to finance themselves by relying on ever-shrinking international funds. Financial uncertainty makes long-term planning impossible, especially when it comes to helping survivors back into society. Finally, the lack of resources invested in security measures for volunteers and victims makes the associations' work extremely dangerous and precarious...for both survivors and activists.