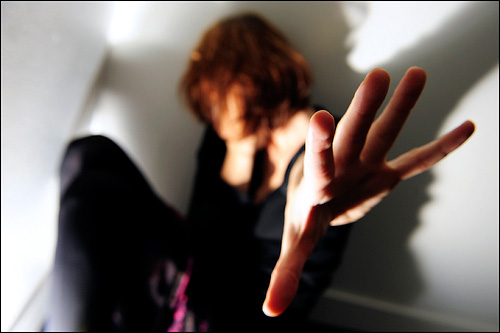 Domestic violence is a widespread phenomenon in Macedonia. According to NGOs working on this issue its causes are mainly a consequence of a society that is still very patriarchal. Our review

"It started to happen from the beginning of our marriage, I just wasn't aware or it. I was young, with small children and other obligations. It always had to be his way... I was stupid and didn't know a thing, he said. God forbid that I should raise my voice or contradict him, he would hit me immediatelly". A.B. is now 56 years old and a client of  the Association for Emancipation, Solidarity and Equality of Women of Macedonia (ESE)'s Legal Aid Centre, on whose website other such stories are reported.

„He would start apologizing for neglecting us both, myself and our child... He would change, if only I was patient... Or he would just explode and it all would end in... I wouldn't call it love-making, I would say it was rape. I felt even more miserable afterwards“, V.K. (49 years old) said.

A similar case occurred just last week, on January 18, when a woman from Štip, in Eastern Macedonia, was taken to hospital after having been severely beaten by her partner over the fact that she decided to use 200 Denars (approximately 3 €) to buy medicine for their sick children, and only left him 40 Denars to buy himself cheap brandy.

As usual, we have experts in various areas, sociology, psychology and the such, coming forward with explanations stating that bad social situations, growing poverty among the general population, resulting in an overall rise in violence in all layers of society, naturally affect relations within the family and determine a rise in domestic violence.

Marija Gelevska from ESE disagrees. She strongly believes domestic violence is primarily a gender-based phenomenon. Past surveys have in fact shown that in over 85 percent of cases, it is the women that suffer at the hands of their male partners, while the remaining cases relate to violence on the offspring, and miniscule a fraction of all cases is accounted for by male-victims of domestic violence, and these are mostly senior citizens.

„It is all due to the fact that we live in a predominantly patriarchal society“, Gelevska says, pointing out the case of rape in the marriage. „In our society, making love is seen by women as their duty“, she says. In fact, while changes in the Criminal Code adopted in 2004 made spousal rape an offense that is prosecuted ex officio, in actual legal practice it is still left to the raped women to pursue sanctions through private lawsuits.

Who is fighting and how

ESE has been working on the problem of domestic violence for more than a decade and a half (it was founded in 1994) and since 1998, it also has a Legal Assistance Centre which provides legal aid, as well as psychosocial assistance to victims of domestic violence. In 2010, it served 165 clients, just under its annual average of 200-250.

Support to the victims

The national protection system includes ten shelters, seven of which are linked to the Social Work Centres in Skopje, Kočani, Strumica, Bitola, Ohrid, Kumanovo and Prilep. In the capital there is a Shelter Centre run by the Macedonian Women’s Rights Centre, and the two emergency centres, the Transit House run by the Women’s Organisation of Skopje and the Crisis Centre “Hope”, which provide short-them (up to 48 hours) shelter to victims of violence. Then there is the National Phone Line (one land-line and three mobile phone lines for each of the mobile phone service providers), working under the auspices of the National Council of Women – Union of Women Associations of Macedonia.

In 2006, ESE published “Life in the Shadow” (Život vo senka), a study of criminal aspects of domestic violence, the most comprehensive effort on this topic in Macedonia to date. The study was used as the basis for the National Strategy for Protection against Domestic Violence 2008-2011, adopted by the Ministry of Labour and Social Policies in April 2008.

The UN System in Macedonia jumped in to back it up and set up the Joint Programme for Strengthening of National Capacities, which coordinates the funding and activities of five UN agencies in Macedonia (UNDP, UNFPA, UNICEF, UNIFEM, WHO), matched with the corresponding Government ministry.

The people at ESE, however, are not satisfied with the implementation of the Strategy in its first three years, saying that the activities implemented over do not correspond to the methodology prescribed in the National Strategy. „In three years of implementation, the UN have never come forward with a report on activities and achievements“, Marija Gelevska says, adding that ESE decided to remain on the National Coordination Body, but will not take on an active role.

Jasmina Trajkovska, the UN Chief Technical Advisor for the Joint Project, says the Strategy has already resulted in some important achievements, including the creation of the National Coordination Body for implementation of the strategies, the drafting of unified protocols for all ministries, NGOs and UN offices involved in the implementation and a great number of training programmes intended to increase the capacities of the national system for protection against domestic violence.

Another issue to tackle is that of the statistics available to those who work in this field. All the people we are in touch with point out the lack of unified statistics, a problem that hinders better planning of future activities and needs assessments.

Different institutions keep their own statistics: there are statistics collected by the Ministry of Interior on the number of cases in which the Police has intervened. Then, the is a National Phone Line, the Social Work Centres also keep records and statistics, as do the women's shelters. What is missing is a unified database.

Jasmina Trajkovska, the Chief Technical Advisor for the Joint Programme, says that all the statistics available at the moment are fine, but are difficult to use in a strcutured manner, since they don’t all use the same indicators.

The Italo-Balkan decentralised cooperation Programme SeeNet II includes attivities specifically aimed at establishing and strengthening a network of integrated local services working to combat violence against women. In particular, the Programme action led by the region Emilia-Romagna, in partnership with the Italian regions Marche and Tuscany, supports such activities in the area of Novi Sad in collaboration with the Municipality and its Community Centre.
In this Programme Osservatorio Balcani e Caucaso is carrying out analyses of the issue of violence against women and the mechanisms operating to fight it in the 7 Western Balkan countries involved in SeeNet II.

She points out the example of the Municipality of Kavadarci, where the statistics of the Ministry of Interior showed no cases of domestic violence for 2009. Some cases of domestic violence were actually reported to the local Social Work Centres, but never made it into official investigation procedures and to the courts, because the victims chose not to use the legal routes.

Trajkovska added that the existing statistics also focus on sheer numbers and lack qualitative indicators of domestic and other gender-based violence, future trends, causes of violence, etc. The Joint Programme in 2011 will focus on the creation of a unified national database, hopefully in cooperation with the National Office of Statistics, with the aim of bringing these the figures into use for national policies regarding the population.

The actual task of creation of the database with information collected by the NGOs will be carried out by the newly created Macedonian Network Against Gender-Based and Domestic Violence. The 21 organizations involved in the network signed the founding documents in the last week of 2010.

The Network is backed by a UNIFEM grant and will operate according to principles of solidarity and transparency, amongst its goals it incudes having a greater influence on national policies, advocating for the inclusion of gender-sensitive preventive programmes in the education system and collecting data on services offered by NGOs to victims of domestic violence.

“The network will focus on lobbying activities and the development of programmes that will later be offered for implementation to other organisations and entities”, says Elena Dimuševska from the Macedonian Women's Rights Centre, the Coordinator of the Network.

Savka Todorovska from the National Council of Women (UWOM) expressed concerns over how little women themselves know about their rights. In fact, she believes that all the women spoken to expressed similar concerns and expressed the need for greater efforts to improve the availability of information to women, but also to the general public about contrasting domestic violence, about the importance of the education system in the bringing up children who will denounce violence when they grow up.

“I don’t know what hurt more – his insults or his strikes. One morning I had had enough of it: when he went out, I packed up my things and left the house. Other women should not make my same mistake and wait for something to change through time. They should make the change in their own lives and do it immediately. The first time they keep quiet, the first time they think ‘not now, I will do something next time’, they just waste valuable time”, A.B. told ESE. V.K. advises all victims of domestic violence to report it now straight away and not wait until it is too late. “There should be no place for fear. We need to speak up and denounce what happens clearly ”.

* Dejan Georgievski is a journalist for Oneworld SEE