Kosovo: obvious thoughts on the footnote 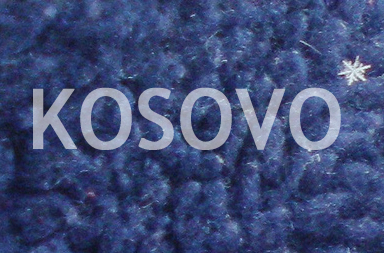 The agreement between Kosovo and Belgrade, reached through EU mediation, enables Kosovo to be represented at regional summits and sign commercial agreements with third countries. At one condition, though: the country's name must be marked by an asterisk linking it to a footnote. The meaning of which is explained to us by Andrea Lorenzo Capussela's

The economies of the Balkans are small and will not prosper if they are not open to the world and well integrated among themselves. This is especially true for Kosovo, which is a market of less than two million people: Kosovo can attract investment if its products can easily access the regional market, and if it can be part of regional production chains. Hence, there is a link between regional trade and economic integration, investment, jobs and living standards.

The deal on the footnote ensures Kosovo’s participation to regional trade and economic cooperation. This is what the deal says, and in my view this is the only thing that matters.

Catherine Ashton called this a “historic” agreement. This is hyperbole, because the footnote leaves all the main problems open: no recognition from Serbia, Russia and the five EU dissenters; the north; electricity, telephones, etc. Look at it this way: if a footnote could be the solution, the problem it solved was not too big.

But this agreement is more important than is usually said. Firstly, it is not only about attending meetings: the crucial point (paragraph 5) is that Kosovo will be able to sign regional cooperation agreements. The evolution of CEFTA and the signing of a transport agreement, for instance, have been blocked since 2008 because of Kosovo: now they can go ahead, to the benefit of the whole region. The deal matters also because it suggests that the EU and the US are finally aligned on a policy that benefits both Kosovo and regional stability, and because in this more constructive atmosphere it might be easier to solve the other open problems: for instance, if Serbia accepts to sign CEFTA protocols and a transport agreement alongside Kosovo, why should it and the five EU dissenters refuse to accept Kosovo into the EBRD?

The footnote was a rational solution, because Serbia loses nothing by allowing Kosovo to participate in regional economic cooperation (indeed, it gains from it) and Kosovo can benefit a lot from it, and it was an obvious one, because the EU itself uses the footnote. It is well known that last year the UK blocked the renewal of the favourable trade regime granted by the EU to the Balkans because London insisted that Kosovo be called only “Kosovo”, without the footnote: the discussions lasted one year, during which Kosovar exporters lost markets and customers because their products were subject to import duties and quotas; the UK lost this battle: in the regulation renewing the trade regime (EU regulation 1336/2011 of 13 December 2011) Kosovo has the footnote and is called a “territory”, unlike the other beneficiaries which are called “countries”. So, it is hardly surprising that the same battle fought among the same actors would produce the same result. Moreover, the declaration of independence itself says that Kosovo shall “act consistent with […] resolution 1244” (point 12) and the ICJ implicitly said that 1244 is still in force: Kosovo’s problem is the continuing existence of this resolution, not the fact that it is referred to in the footnote. Of course, some people – like Thaci, Daniel Serwer and, curiously, the former chief lawyer of UNMIK (who now sells his services in Pristina) – say that 1244 has been superseded and “belongs to the past”: I disagree with them, because neither Kosovo nor the Balkans seem sufficient reasons to weaken the effectiveness of the Security Council and its resolutions as an instrument to enforce some order in the international community; but if they are right, why do they invoke 1244 against Serbia in relation to the north? Indeed, the origin of this contradiction lies in the fact that 1244 is the only ostensible link between Pristina and the north.

Opposition to the footnote is coherent with Vetevendosje’s overall approach, but not with that of LDK and AAK, which had to invent some arguments to justify their stance. The former foreign minister used the worst one: the footnote will open the doors of the EU to Serbia, which will block Kosovo’s accession once it becomes a member. He forgets that twenty-two EU member states disagree with Serbia’s understanding of its own borders, and are unlikely to sign Serbia’s accession treaty unless Belgrade recognises Kosovo: before entering the EU Serbia will have to choose between Kosovo and the EU, and I presume that it will prefer the latter. Indeed, whatever reinforces Serbia’s orientation towards the EU is beneficial to both Kosovo and the whole region: being unhappy about Serbia’s candidate status is an emotional reaction, not a rational one.

Against this background, talking of winners and losers is futile: Kosovo’s government should be commended for having taken an unpopular but responsible, far-sighted and good decision. Unfortunately, but very characteristically, they mishandled the whole affair: they publicly set themselves impossible red lines (“republic”, and no footnote); they abruptly changed their mind, saying – with surprisingly little regard for their own personal and political dignity – that they accepted the footnote because the US and the EU forced them to; they refuse to discuss the matter in parliament; and as usual Tahiri claims that Serbia has recognised Kosovo. The government will pay a political price for these mistakes, and its behaviour suggests that it may again fall into a panic. The US and the EU chose to bail out this government after the failed July blitz, which was its irresponsible and incendiary response to another perceived defeat in the dialogue: this time they know what to expect, and have a chance to speak before the government launches another police raid or otherwise provokes unrest in order to escape the fall-out of the terrible way in which it handled one of its rare responsible decision.

And while you consider what a great paradox this is, I will congratulate the government for their vivid, true and poetic metaphor: this asterisk is a snowflake, which will melt under the sun.