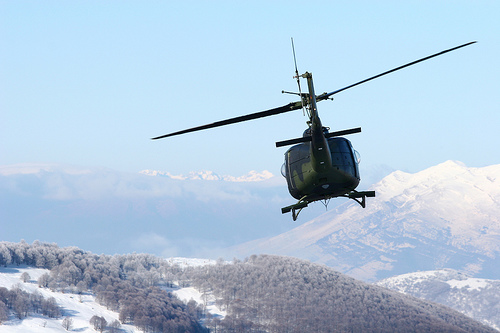 After the torching of checkpoint Jarinje, KFOR troops have only partially restored passage between Kosovo and Central Serbia, with the Kosovo Serbs facing the risk of a humanitarian crisis. From our correspondent

Late on sunday night, five days after KFOR completely closed both administrative crossings in north Kosovo after the Jarinje checkpoint was torched, traffic was partially re-opened solely for passenger traffic. Serbs who have been living under an almost complete blockade in north Kosovo since July 27 welcomed the decision, as well as Serbian officials, interpreting it as "a gesture of goodwill and the desire for an agreement."

Previously an emergency press conference took place at the hospital in Kosovska Mitrovica which alerted the public that there were shortages of medicines, oxygen, blood units and basic materials, and that transport of seriously ill patients to hospitals in central Serbia was not possible. Multiple sources also warned of the threat of a humanitarian disaster after the north was cut off for several days from central Serbia. Serbian media reported shortages of milk, bread and other foods, and problems with water supplies, not just in the north, but also in the Serbian enclaves which receive their supplies from Serbia. However, the local population did not feel serious shortages of food and medicine until yesterday, primarily because of stockpiles that have been consumed in these days. According to the latest news, two trucks of aid from the Red Cross of Serbia have been allowed to pass.

Simultaneously with the decision to partially open the crossings, on sunday night KFOR soldiers stopped Serbian negotiator Borko Stefanović and Minister for Kosovo and Metohija Goran Bogdanović from crossing the administrative checkpoint. They nevertheless later managed to enter Kosovo using a roundabout road, which Serbs have been using in recent days as an alternative connection with central Serbia. Stefanović, together with Bogdanović, has been in Kosovo since the early morning hours of July 26, immediately following the arrival of ROSU units in the north. He is constantly engaged in a kind of shuttle diplomacy between KFOR and the local Serbs, in ongoing alternating talks with international representatives, particularly with the KFOR commander, Bühler, local mayors and people gathered at the barricades.

Stefanović and Bogdanović met yesterday morning with the Crisis Staff, which operates in emergency situations in four municipalities in the north, and then headed back, using the roundabout road, to the first Serbian small town on the other side of the administrative line, Raška, for a meeting with Robert Cooper, the envoy of the EU High Representative Representative for Foreign Policy and Security, Catherine Ashton. Cooper arrived for emergency shuttle diplomacy to Pristina and Belgrade. He is expected to calm tensions and bring everyone back to the negotiating table, even though it was he who broke off the September talks between Serbs and Albanians in Brussels after Serbia refused to recognize the customs stamps of the Republic of Kosovo. Pristina then resorted to imposing an embargo on Serbian products on the southern border with Serbia, and on July 25 it tried to do the same in the north.

Looking through the cross-hairs

Kosovo's interior minister, Bajram Rexhepi, has threatened to arrest Stefanović and Bogdanović. The KFOR commander has said he will not meet with Stefanović because of his illegal entry, and EULEX also condemns the arrival of Stefanović. The Security Council, which is chaired by Thaci, today called for "the highest level of alert and intervention by all available means, in the event of the violation of state sovereignty and the internal constitutional order of Kosovo." From unconfirmed sources Osservatorio has learned of a request for the possibility of regrouping, i.e. the inclusion of EULEX units to break up the barricades while KFOR protects "the border".

Yesterday morning KFOR removed the most remote barricade of rubble and sand in the municipality of Zubin Potok, which the Serbs had previously put up, establishing an alternative connection with their units in Brnjak. Serbs have gathered at the main barricade in front of Zubin Potok, creating a human shield, in the event that KFOR troops decide to advance further.

KFOR is urging citizens in Zubin Potok to give up the blockades and resist "radical and criminal elements." "These useless roadblocks are isolating honest citizens. Due to the radical actions of local authorities radicals are preventing supplies of food and medicines from being delivered to the city," says a statement. As a result, according to KFOR, they will be the ones responsible for every casualty.

The population in the north unanimously rejects the accusations of international representatives in Pristina, primarily KFOR, that the north of Kosovo "is being held and blackmailed by a handful of extremists".

"It's simply not true. My friends and I were horrified when we saw, I guess it was the local soccer fans here, torching Jarinje but we all oppose KFOR’s passage here under these conditions, when they are working to separate the north from Serbia,” said Ana (24) from Kosovska Mitrovica, adding, "We'll lie down in the road, and then they will be responsible for the civilian casualties."

"Then we are all extremists, and criminals, not just a handful of us, according to the lies of the global community in Pristina," commented Ana's friend Nebojša on the terrace of a local cafe. "This is popular resistance. We are defending what is ours and we don’t want a Kosovo border. We all think alike. And if that’s what makes us extremists and criminals, then let the whole world call us that,” adds the young man.

Life on the barricades

”Gandhi-like resistance" is what one hears most often on the barricades. The Serbs have decided that by sitting on the hot summer asphalt, as living shields they can prevent an expected breakthrough attempt by KFOR

They man the barricades in shifts, according to a schedule from their companies and institutions. Most of those who were away on vacation have returned after being called back by the Crisis Staff, passing via the alternative mountain route, and now there are more people on the streets than there were six days ago when it all began.

When KFOR is not around, people seek shelter from the searing heat of the asphalt in the nearby shades of improvised summer terraces and yards of houses. In the evening the distribution of alcohol is prohibited and citizens keep an eye on each other to prevent inflammatory speeches and possible actions. In the middle of the streets there are a few beach umbrellas set up and bricks for sitting.

When the alarm signals the arrival of NATO troops, people gather quickly in large number and sit on the asphalt. Signs saying "No pasaran" and "Gate 1244", along with pictures of Putin, are stuck to the trucks blocking the road, supposed to demonstrate yet again the rebellious attitude of the Serbs with respect to the actions of Pristina.

A wedding party has danced at the barricades after fetching the bride via the mountain road from the nearby Serbian town of Raška, on the other side of the administrative line. A popular local rock group is organizing a concert in the "summer on the barricades", a local troupe is doing theatrical skits in the open. One woman presented a rose to a KFOR soldier, and they have been giving them water, too. In Leposavić the U.S. troops in front of the checkpoint are getting bread rolls as a symbolic protest because bread has not arrived for several days from the nearby bakery on the other side of the administrative line. In front of them, while they stand guard behind barbed wire and sandbags, a soccer game is played with blindfolded referees wearing shirts that say "KFOR" and "EULEX", while the players also wear yellow bands, sending the message that they are imprisoned:

"This is the Auschwitz of the twenty-first century," said Vesna S. (45), an employee of the municipal administration in Kosovska Mitrovica, who is spending her time on the barricades with her colleagues. "Leave us alone. We know what we want and what we don’t want. We don’t want customs and we don’t want a Kosovo border. We've had enough of violence," said Vesna with resignation. When asked how she personally feels, she pointedly replies, "Like in Somalia – a wasteland where we are imprisoned, left without food and my human rights are being trampled.”

Alexander M. (35) from Zvečan is a bit more reserved in expressing his personal feelings and problems:

"We were supposed to go to the seaside today, and we didn’t go even though we already paid for our arrangements. Since my children are young, they cried when they heard we weren’t going. But that’s how it is. Now I’m thinking about how to keep my children safe. My wife and I try not to show our true feelings in front of the children. They have been listening to the sound of helicopters overhead for days.”

On a makeshift video wall at the barricades people watched the world championship waterpolo match between Serbia and Italy. They were passionately rooting for the Serbian players at the same time that session of the Serbian parliament on Kosovo was being broadcast from Belgrade.

"I already know what the deputies are going to say, what I don’t know is whether Serbia will take the gold,“ said Nena M. from Kosovska Mitrovica.

Nonetheless, the parliamentary session was followed closely in the north. The Serbs were disappointed by the debate, but they support the adopted resolution, which confirms Serbia’s commitment to a peaceful solution and dialogue, and requests that the government protect the property and the lives of citizens in the north, although they expected a more concrete content. Virtual discussions unfolded on the Facebook profiles of people living in the north:

"My dear national deputies, after listening to your bullshit, I feel like moving to New Zealand to tend sheep in a pasture the size of Serbia, with no television and no Internet, so I can rest like a human being from your dishonesty and your hypocrisy. I am sure that listening to the blaying of sheep, instead of to your speeches, would make me a better person,” is just one of hundreds of similar comments.

Events relating to the north are overtaking each other. Serbs in the north reject any possibility of implementing a Kosovo border and sovereignty in the north and their staying, at the same time that international representatives are strongly supporting the actions of the Kosovo government and the population’s staying, with synchronized accusations that the north is solely controlled by a group of extremists and criminals. The message coming from Serbia is that it will not wage war, but that it will use all means to protect the property and the lives of its citizens.

The ball of thread has unraveled. The stakes are high: human lives and territory. The situation is threatening to escalate dramatically.