Kosovo: A hot summer in Mitrovica 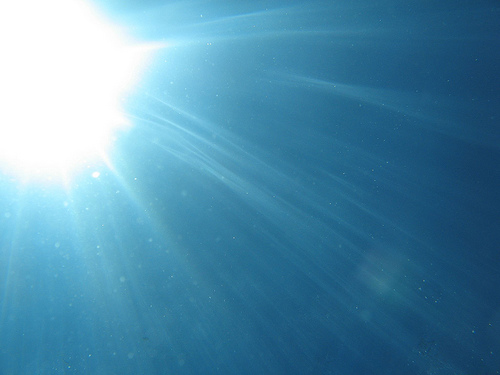 In early July, a series of political incidents in Mitrovica resulted in a death and several injured people. After ten years of conflict over Serbian-controlled north Kosovo, the divided city of Mitrovica emerges again on the Kosovo and international political agenda

The summer in Mitrovica is hot and restless after the latest incidents that broke out in early July and that resulted in a murder and several injured people. Tensions increased as the highest officials in Kosovo and Serbia exchanged dramatic statements, while the local Serbian community anxiously expects more actions from the Kosovar government on a “Kosovo North Plan”.

The ‘star’ in this media war, Kosovo interior minister, Bajram Rexhepi, issued strong and specific statements during the past ten days, which heated up the pot. His latest announcement on sending special Kosovo police troops to the north was assessed by the Serbian president Boris Tadic as “a direct war threat”.

The Serbian president’s harsh statements were strongly echoed in public opinions. Some speculated whether the president’s unusual reaction against a lower ranking official of an institution not recognized by Serbia sought to draw international attention to the seriousness of the situation in north Kosovo and eventual determination of Serbia to defend their de facto control of the area. Or, perhaps this was simply a blind attempt to please the ears of the Serbian public.

The hardline Serbian National Council supported Tadic’s statement requesting an urgent UN Security Council meeting to agree on the return of “a certain number of the Serbian security troops, in line with the UN Resolution 1244”.

Already late in May, during local elections in north Mitrovica, one could have guessed that the season would be hot. Several thousand Albanians from south Mitrovica clashed with a group of Mitrovica Serbs after rallying at the main bridge to protest against the Serbian-sponsored ballot. More serious incidents, described by some as ‘a warming up’, were avoided after KFOR and EULEX police intervened.

The tensions grew again late in June after Christopher Dell, the US Ambassador in Kosovo, was quoted by local media in northern Mitrovica as saying that for him the only place in Kosovo which could be ‘a terrorist stronghold’ and from where attacks might occur was namely the north of Kosovo. Dell spoke about the problematic north while simultaneously announcing the scheduled opening of a Kosovo court in northern Mitrovica.

Earlier attempts to open a Kosovo court house in the primarily Serbian-inhabited northern part of Mitrovica ended in bloodshed. Serbs oppose the opening of a Kosovo court after Kosovo’s unilateral declaration of independence on 17 February 2008.

Only three days later, on the 2nd of July, Mitrovica’s well-known Bosniac paediatrician, Mesud Dzekovic, was killed in a bomb attack in the close vicinity of his parents’ house. Two days later, an armed attacker injured a Kosovo assembly member, the ethnic Serb, Petar Miletic.

Dzekovic was killed while 11 more people suffered injuries when an unidentified person threw a hand grenade at a crowd protesting against the installation of a Kosovo government office in the north. The Kosovo civil registration office, currently heavily guarded by international troops, was opened next to one of the two main bridges connecting the northern and southern parts of Mitrovica in the troubled, multiethnic neighbourhood of Bosnjacka Mahala on the northern side.

Kosovo Interior Minister Bajram Rexhepi immediately blamed “careless Serbs protesters” for the explosion. He emphasized the Kosovo government would take any steps to support its latest activities in the north. Local Serbian leaders blamed Albanians for the bomb attack, while some protesters even reported a name of an alleged Albanian perpetrator. The Kosovo police service and EULEX police are conducting an investigation and although they have issued a few statements on some progress in the investigation, neither concrete names, nor ethnic background have been yet reported. All sides condemned the tragic event.

The small community of Mitrovica North was shocked by the death of ‘Doctor Mesko’ (a popular nickname of the killed doctor). This native of Mitrovica was well known and respected for his genuine human and professional virtues, so thousands of people flocked for his burial the following day at the Muslim cemetery in the north of Mitrovica.

“It is the personal loss of each and every Mitrovica citizen and it is the common loss of the city itself,” was written in one of the city’s Facebook pages.

The Serbia state security council urgently met at Tadic’s request; they called the attack “terroristic”, while Serbian foreign Mmnister Vuk Jeremic said the same day that “without any doubt, an attempt is under way to provoke Serbia.” Peter Faith, the chief of the International Civilian Office (ICO), was specifically charged with responsibility for the latest event. ICO’s support to the Kosovo government's plan for the northern part of Kosovo was interpreted as biased and dangerous by the Serbian government. Meanwhile, Serbia requested an urgent session of the UN Security Council. However, the Serbian officials emphasized the need to calm down the tensions.

Unfortunately, a new incident occurred two days later. In the early morning hours, a Kosovo parliament member, ethnic Serb Petar Miletic, was shot in his legs from behind at close range. He was entering his car in front of his apartment building on a quiet street in northern Mitrovica and preparing to go to his work in Pristina. Kosovo police officers guard him as he recovers in a hospital in northern Mitrovica. Miletic said that he could not see the attacker, who immediately escaped from the scene. He admitted that he was aware of his risky job but did not believe it was life threatening.

The attack was strongly condemned by all sides – his local party whose stronghold is in central Kosovo, local and Serbian state officials, highest Kosovo officials, international agencies in Kosovo and the European Parliament. The latter voted the same day on a resolution calling on the remaining five EU Member states that do not recognize Kosovo’s independence to do so.

Mitrovica North residents have also condemned the physical assault against Petar and any life-threatening act. But in spite of such strong condemnations and public support by Petar’s allies for his work, such as the newly installed Facebook page “I am also Petar Miletic,” residents in northern Mitrovica showed no genuine empathy for the condition of the injured Kosovo parliament member.

Quite contrary to the enormous grief over Doctor Mesko’s death, Mitrovica North residents’ increasingly disapproved of Miletic’s activism after he received strong support from highly unpopular Kosovo’s Prime Minister Hashim Thaci and from the European Parliament on the same day it appealed for the remaining EU countries to recognize Kosovo’s independence.

The latest emergence of Mitrovica as a hot and urgent issue on the political agenda happens at the same time as efforts to end the ten-year, frozen conflict in the Serbian-controlled northern part of Kosovo. It comes shortly before the International Court of Justice will announce, at Serbia’s request, its advisory opinion on the legality of Kosovo’s unilateral declaration of independence.

Serbia hopes for acceptance of its arguments against Kosovo’s independence. The intent is to strongly lobby to renew the status talks immediately after the decision and primarily focus on north Kosovo and property owned by the Serbian Orthodox church. Albanians and their influential allies believe the independence is ‘an irreversible process’. For them, the ‘chapter is closed’, so the talks, although on the agenda, can only be technical discussions of ‘interstate’ issues.