EULEX inside UNMIK, too late? 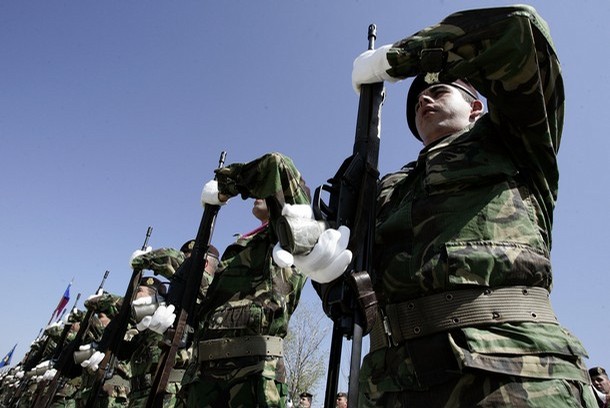 Major General Raul Cunha, Chief Military Liaison Officer of UNMIK, is very critical towards the "incoherence of the Western international community" in Kosovo. He focuses his criticisms on the way EULEX is preparing to start its work and argues that the UN will have to stay longer, at least in Serb-dominated areas

Major General Raul Cunha (born 1952) is presently the Chief Military Liaison Officer of UNMIK and the Military Adviser to the Special Representative of the UN Secretary General, Joachim Rücker, a post where he has been for the last 3 years. Since 1991 this Portuguese has been regularly working on the different Balkan conflicts. The highest ranked military officer inside the UN structure in Kosovo is very critical towards the "incoherence of the Western international community". In this interview for Osservatorio sui Balcani, Major General Cunha focuses his criticisms on the way EULEX is preparing to start its work and how he believes this part of the process should have been directed in a different way. He argues that the UN has to stay longer in Kosovo as the only legitimate authority, at least in Serb-dominated areas.

Swedish Foreign Minister Carl Bildt has said that the "The United Nations will have to remain in Kosovo as a buffer between the countries that recognize Kosovo's independence and those that do not". Do you agree?

I wouldn't say as a kind of buffer zone between those countries, but mostly because it is the only authority which is recognised by the Serbian minority, at least in those areas where that minority has practically almost all the executive power. I am talking about the municipalities where the mayor is a Serb who doesn't recognise the Albanian authority.

On those areas, UNMIK has to work as the legal frame for the investiture of those mayors and for the control of their activities. If there wouldn't be UNMIK, those mayors would be the presidents of autonomous governments inside Kosovo, something that doesn't seem logic to me. So probably Mr. Bildt is right.

UN might have to stay, at least in some areas of Kosovo's territory, for some time until either there is a transition that is accepted by the Serb minority, which I will not say it's impossible, but almost impossible; or until finally the European Union el dorado starts to be a reality. This is how the Serbian minority could probably end up accepting the presence of the EU. But it will take quite some years for the European Union el dorado to happen, if it happens.

The situation here is not brilliant and we are a lot to blame. We, I mean the western international community. We have maybe invested here in the worst way and we were not very careful with the money. Each time I take a look at the numbers, I notice that 80% of the investment was made on consultancy and capacity building and, practically speaking, we didn't build any capacities.

That money was very badly spent. Maybe if we would have invested that same money to build a proper power plant, schools and good universities we could have guaranteed a productive structure.

That pillar of reconstruction and economic development inside UNMIK was always a responsibility of the European Union and we can verify now that there is no productive structure in Kosovo.

After all, what has the famous pillar of the EU inside UNMIK done through out all these years except to denationalize some companies and to put them in the hands of some persons who may not be very recommendable? Nothing!

European Union has spent in Kosovo 4 000 million euros, in different ways. From those 4 000 millions, 80% was spent in capacity building and consultancy, which means that 3200 millions went back to the base. But that base has been made by 2 or 3 countries.

The European Union pays has a whole, but there are 2 or 3 countries that are making profit here in Kosovo. And this is the word, they are making profit. So maybe prolonging this situation is in their interest.

It is also true that UNMIK had a lot of people doing wrong things. When we talk about corruption and the great sums of money that we hear, I believe that the worse cases probably happened in the pillar of reconstruction and economic development which was led by the European Union. This is the area where this kind of things is most likely to happen.

On the transition UNMIK-EULEX, do you think that the Serbian minority can ever accept the presence of a European Union Mission?

I know it will be very difficult. I don't know why, but everybody got convinced that just by waving the EU "carrot", the Serbs would accept everything. It can only be this belief that lead to the exaggerated optimism that is now being proven had no reason to exist.

It will take a very long time and there will have to be concrete results for the EU projects in the field for the Serbian minority to accept this EU management. Maybe it will take years. Maybe, they will never accept it. Or maybe, they will accept such a situation only by force.

Some time ago, the KFOR commander said something which was considered politically incorrect. He said that the problem of Kosovo will only be solved biologically. This may be, meaning, that a large majority of the Serbian inhabitants in Kosovo are people already in a certain age. Only when these people die, the problem of the Serbian minority in Kosovo will disappear.

The people who are in the field know that the concept of a multi-ethnic Kosovo looks beautiful on the paper, and is theoretically great, but multiethnicity doesn't mean two ethnic groups living on one place, totally separated from each other, like in Kosovo.

You have argued that EULEX could have been integrated inside the UN structure in Kosovo, as the pillar for the police and justice, right?

This is correct. Since they noticed that there was not going to be an agreement in the Security Council nor a new UN resolution with the 1244 staying in force, one of the ways for EULEX to be in the field was obviously to be the pillar of police and justice, which already existed in UNMIK. That is basically what EULEX is: police and justice.

What should not be possible to integrate inside UNMIK would be the post of the International Civilian Representative ICR. The only way would be for the ICR to be simultaneously the Special Representative of the Secretary General SRSG.

That would be a "camouflaged" formula to introduce the Ahtisaari Plan inside the already existing UNMIK structure...

I am not going to call it "camouflaged", but at least it would be more legal. Look: the present SRSG is a European and it was almost always an European. And a big part of the UNMIK employees are Europeans.

Mr. Solana is still saying that we are creating stability in the Balkans. I am not going to argue over the fact of Kosovo being independent, but the way this process was conducted goes in the direction of instability, and not stability.

Because when we say this is a unique case which doesn't represent a precedent, we know we are either lying or being hypocrites. It's clear that no two cases are equal. It's clear that each of them is unique, but all of them have one thing in common: the will of one group to separate from another to create their own motherland. This is the same for everybody.