Northern Kosovo, in the hunt for solutions 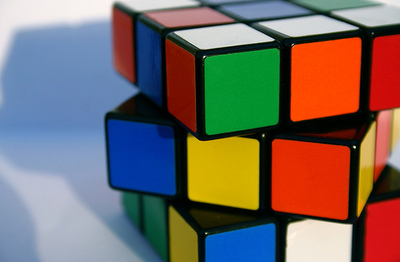 The leak in January of the International Civilian Office (ICO) draft strategy for northern Kosovo stirred intense reactions. The plan, which foresees a complex net of new bodies and the "closure" of the Mitrovica office of UNMIK, has been rejected by Serbs as a new try to implement the 2007 Ahtisaari plan

The leak in January of the International Civilian Office (ICO) draft strategy for northern Kosovo created headlines in both Serbian and Albanian media and stirred intense reactions.

Lately tensions have heated up after a car bomb in the south injured a Kosovo Albanian police officer and the president of the Kosovo assembly, Jakup Krasniqi, issued a statement on an eventual secession of the three predominantly Albanian municipalities from Serbia if the northern Kosovo Serbs would secede.

Some speculate that public access to the strategy came at a bad time for the ICO because it is still in its initial phase. The threat of the strategy’s eventual implementation has captured the attention of northern Serbs who have strongly opposed merging into the Kosovo administrative system.

“The timing of the original leak from within the EU offices in Pristina suggests some disagreement within those structures about the strategy’s usefulness,” said an international source familiar with Kosovo.

Perhaps the QUINT countries (US, Germany, Great Britain, France, and Italy) are becoming tired of the status quo in northern Kosovo, so some have decided to push for this “ambitious integration plan” and other Quint countries are ready for partition if everything else fails.

The strategy's twenty-seven recommendations include establishing a new municipality of Mitrovica North by the end of 2010, along with new municipal administrations in other three northern municipalities, empowering “moderate leaders” willing “to cooperate with Kosovo government” and installing a “EU House” in northern Kosovo with the larger presence of Eulex (the European rule of law mission).

The document also foresees “marginalisation” of the Belgrade institutions and “closure” of the Mitrovica office of UNMIK (the UN interim administration in Kosovo).

The draft strategy for northern Kosovo is, however, not much different from a new try to implement the 2007 Ahtisaari plan in the north, earlier rejected by the Serbs.

Kosovo Serb leaders and Belgrade officials have unanimously and strongly rejected the strategy, warning of the regional security risks if the strategy was implemented. The ICO mission, instead of Eulex, has finally drawn the greatest attention of the Serbian public.

In a local media outlet in central Serbia, Serbia’s foreign minister, Vuk Jeremic, has recently labelled the ICO as “an illegal association”, adding that the ICO has been giving the very last try to revive the rejected Ahtisaari's plan from “clinical death”.

Former UNMIK chief in northern Kosovo, Gerald Gallucci, wrote in his blog (http://outsidewalls.blogspot.com/2010/02/kosovo-gunboat-diplomacy-and.html) that “the Quint ‘plan’ for the north apparently relied on Serbia quietly accepting efforts by Eulex and the ICO (masquerading as the ‘Europe House’) to extend the writ of Pristina’s control.”

To an average reader in northern Kosovo, the two-page strategy looks quite confusing, because it involves installing eleven new bodies to deal with Mitrovica and three other northern municipalities, supported by the ICO, Eulex and the Kosovo government.

In the meantime, a temporary multiethnic 14-member Municipal Preparation Team (MPT) for Mitrovica North has been established. Their key task would include technical preparations for holding the elections of the new municipality.

Of the nineteen originally selected, five local people have pulled back even before signing the contracts, but there may be more resignations following the intense negative public reaction to their appointments. Their names have not yet been released.

The ICO director of communications, Andy McGuffie, told Osservatorio that it was a usual administrative procedure so the names would be announced soon in the Kosovo Official Gazette and on the ICO web site. It may not happen though, due to the public condemnation of these people.

The first phase also envisages the installation of a Local Community Office that, apart from its usual administrative tasks, would also facilitate the MPT staff’s temporary location in the same premises in Bosnjacka Mahala.

The next installation is the Mitrovica Advisory Board, a temporary body staffed with “prosperous political leaders”, supported by the EU and treated as the “key political leaders in Mitrovica North”. They are appointed by the Kosovo Ministry for Local Government and are expected to run for the local elections. The bait for them would be to have control over more Kosovo investment in northern Kosovo. The Advisory Boards are also to be established in the other three northern municipalities.

The establishment of new municipality would be followed by a Joint Board for Mitrovica North and South, and the Independent Mitrovica University Commission to deal with the issue of the current Serbian university in Mitrovica, relocated from Pristina.

In Pristina, the government of Kosovo should create a Pristina-based working group to increase policy attention and augment resources directed to the north, while the key international representatives should create a political board for Kosovo North, along with the EU House.

A local BBC correspondent, Tanja Vujisic, says, “This large number of organizations, commissions, boards, brings me in an inconvenient position, as a journalist, because it is quite difficult for me to concisely inform my listeners about the functions and purpose of all those bodies.”

Ms. Vujisic adds, “It remains unclear why, over the years, so many organizations and missions with significant financial investment in Kosovo achieved no results in the field. Instead of focusing on the aim, declaratively the same for all of them – life improvement, decentralization and integration of Serbs in Kosovo institutions, everything remains just a dead letter, with no concrete results.” She also notes that the original dates set for the activities in the strategy have already been delayed.

Milos Jaksic, a 33-year old Mitrovica North resident, says, “In order to come to a feasible strategy, it must not be wishful thinking or made-up wishes. It has to be based on accurate field research and fair mutual understanding with the local community, and, if necessary, with whichever government they are recognising. Those are expensive projects and if they are backed up by a cheap and incorrect story, then it is wasted resources and money thrown away, or it can end up in tragic violence. We had many strategies for northern Kosovo, but the only ones to survive were those which had considered the needs of Kosovo Serbs.”

Milos, like other Mitrovica North residents, believes that this strategy would soon be abandoned, as he thinks it has not considered even the smallest true needs of the Serbian people.

The former UN Administrator Gallucci told Osservatorio that the major lesson he learned from his time in northern Kosovo “is the vital importance of not seeking to force change or impose political outcomes, but to instead focus on keeping the peace and addressing as many practical questions as possible through dialogue with those on the ground.”

Gallucci emphasised, “It seems the EU has no ‘Plan B’ except perhaps to continue some form of pressures on Belgrade and the northern Serbs while trying to find someone ready to do business with them. The aim for the EU and the US appears to be more than anything to avoid having to admit that the problem of the north cannot be solved except through further negotiations.”