Kosovo: The end of supervision?

Kosovo: the unnecessary highway that could bankrupt Europe’s poorest state 02/12/2011 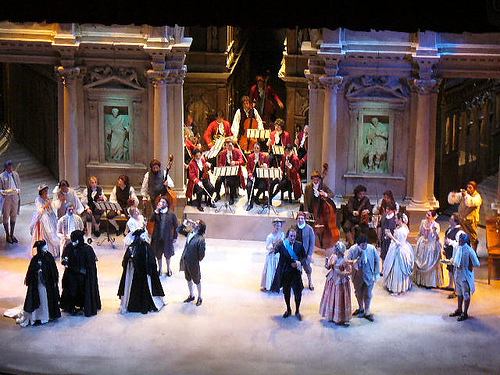 The supervision of Kosovo does not end today: the ICO did many things, good or bad, but it certainly did not supervise Kosovo. Kosovo was, and will continue to be, supervised by foreign powers. A comment

Should you care to ask, it would be hard for me to say whether my reaction to hearing about today’s events – a conference, speeches, dinner parties, music and perhaps some fireworks – was one of surprise or displeasure. Because the only thing that happens today is that the ICO closes down, and such celebrations – as if to say: “good riddance!” – are quite discourteous to us (I worked there for three years).

To put it more clearly: whatever you may have read or heard, the supervision of Kosovo does not end today, for two reasons: the ICO did many things, good or bad, but it certainly did not supervise Kosovo; and Kosovo was, and will continue to be, supervised or managed or influenced or whatever you will, by foreign powers: the US primarily, and in lesser degree also the EU and some of its member states.

"Following its judgement on 2nd July 2012 that the Comprehensive Proposal for the Kosovo Status Settlement (CSP) had been substantially implemented, and noting that consistent with their commitments the Kosovo institutions have now passed packages of amendments to the Constitution and to primary legislation satisfactorily capturing the remaining elements of the CSP within the Kosovo Constitutional and legal framework, the International Steering Group today declares the end of the supervision of Kosovo’s independence, and the end of the mandate of the International Civilian Representative. Following the completion of necessary internal administrative tasks, the International Civilian Office shall close by the end of 2012. With immediate effect, the CSP no longer exists as a separate and superior legal power, and the Constitution of the Republic of Kosovo now constitutes the sole basis for the country’s legal framework".

But what was the ICO meant to do? A growing body of literature holds that the quality of a country’s institutions is a first-order cause of its long-term economic growth, and that open, pluralistic political institutions favour the emergence of efficient economic ones, namely institutions that maximise aggregate growth and social welfare. Whereas a closed and authoritarian political system is likely to produce inefficient economic institutions, ones that allow the governing élite and the social groups it represents to extract a disproportionate share of wealth and resources, but do not maximise growth. Thus, building good institutions in Kosovo is desirable for its citizens as well as for the stability of the region and of Europe. This view is implicit in the Ahtisaari plan and indeed represents its deeper rationale, at least in an objective sense: if you set the paraphernalia of multi-ethnicity aside – which is of largely symbolic value, because few countries in Europe are more ethnically homogenous than Kosovo – its sixty-one pages are all about erecting good institutions, political and economic. Guiding and assisting this process was ICO’s job (in parallel, Eulex’s job was to strengthen the rule of law, which is the bedrock of all institutions).

But institutions, in essence, are rules. And rules shape reality according to how they are enforced. The ICO oversaw the writing of many good rules, according to which Kosovo’s institutions were erected or reshaped, but it neglected their implementation: it did not make any serious effort to reduce the gap between the manner in which those institutions actually function and the manner in which they should function. Laws, however, are of little use if they are not implemented or are routinely ignored. This is what happens in Kosovo, where the formal institutions are the façade behind which the élite pursues its own interests: even the constitutional court is used as a partisan instrument. The ICO pretended not to notice, and increasingly concentrated itself on embellishing its preferred façade, that of multi-ethnicity (which, I repeat, is not Kosovo’s problem). ICO’s silence allowed the élite to extend its control over the institutions and contradicted the very rationale of its existence: what took place under its watch was a not-too-disguised form of state capture.

Why did the ICO act thus? The political consequences of the unilateral, controversial character of Kosovo’s independence are not a sufficient explanation. The ICO failed also because implementing laws is a more difficult job than writing them, and ICO’s management and staff were not all top-notch. Because implementing those laws would have required confronting Kosovo’s élite, which still commands people with weapons. And because the US did not allow the ICO to act independently, in accordance with its mandate, but preferred using it as a multilateral mantle to clothe its predominance (also the Quint sometimes serves this function). Entirely legitimately, however, the US pursues its own interests and not the implementation of the Ahtisaari plan or the establishment of good institutions in Kosovo. And as the welfare of its citizens or the stability of the Balkans do not rank very high among them, its approach generally was to allow Kosovo’s élite to conduct its affairs rather freely, requesting only outward respect for Ahtisaari’s principles and docility to US demands. Unsurprisingly, all available indicators say that since 2008 the quality of governance in Kosovo has not improved and might even have worsened: Freedom House, for instance, still qualifies it as a “semi-consolidated authoritarian state”, the only one in Europe. So, I see little reason to celebrate today: except, of course, for the fact that it is my birthday.

ICO gone, the spotlight turns on the citizens. It is rather clear than between democracy and political stability under a docile élite, or between long-term development and some lucrative highways the US will usually prefer the latter. The Europeans have interests that are closer to Kosovo’s, but they were, are and will be divided (not to mention the fact that Europe itself still risks reverting to being just a geographical expression). And although Eulex seems to be trying to improve its performance, it is almost on the way out and will certainly not clean up Kosovo’s politics. Hence, only Kosovo’s citizens can improve their own future. The élite that is mismanaging their country today lost a reliable supporter and a useful screen from the public eye, and its deformities stand now naked in front of the citizens: sooner or later they will find the sight intolerable and will vote for a better government. It is good that ICO closes down, therefore, but it probably goes two or three years too late.

If, after the euphoric independence-making phase, the ICO and the supervision of Kosovo have gradually become a form of theatre, today’s celebrations are best seen as the gran finale, in which all main characters sing together on the stage: but unlike in Don Giovanni the villain does not sink in hell, enveloped by flames, and has the greedy features of a minister contentedly grabbing a fat envelope rather than the noble ones of a free thinker. Despite its distinguished panel, therefore, I presume that today’s conference might produce less analysis than propaganda. Which would be a pity, because the supervision of Kosovo is an interesting subject. Why, for instance, did the Europeans allow all that to happen, in their own backyard and in a place where they invested so much political and financial capital? Why did they allow Eulex to drift away from its mandate, following ICO’s footsteps? Or why did ICO not even try to stimulate the agency of Kosovo’s citizens, its natural allies, and help them to hold their government to account?

According to the summary I read, in a recent interview with this newspaper Pieter Feith – the head of ICO – said that 11 September will be his happiest day in Kosovo. This can’t be true. His happiest day was a few weeks ago, when the former US ambassador left Kosovo: inebriated, or perhaps intoxicated by the power he had, that man treated my old boss in ways that were intolerable to watch. Kosovo is a small place, far away from the Western capitals, and the character of the persons who represent them matters more than one would hope: the harsh treatment of the weak European diplomat by the ambitious American one is thus a metaphor of what went wrong in the supervision of Kosovo. In retrospect, it will probably emerge that a more important day in the history of Kosovo was the day on which Washington realised that that ambassador had not made good use of the freedom he enjoyed, and had perhaps become too close to Kosovo’s predatory élite, and replaced him with a different diplomat.