The cats of a US constitutional judge in Kosovo 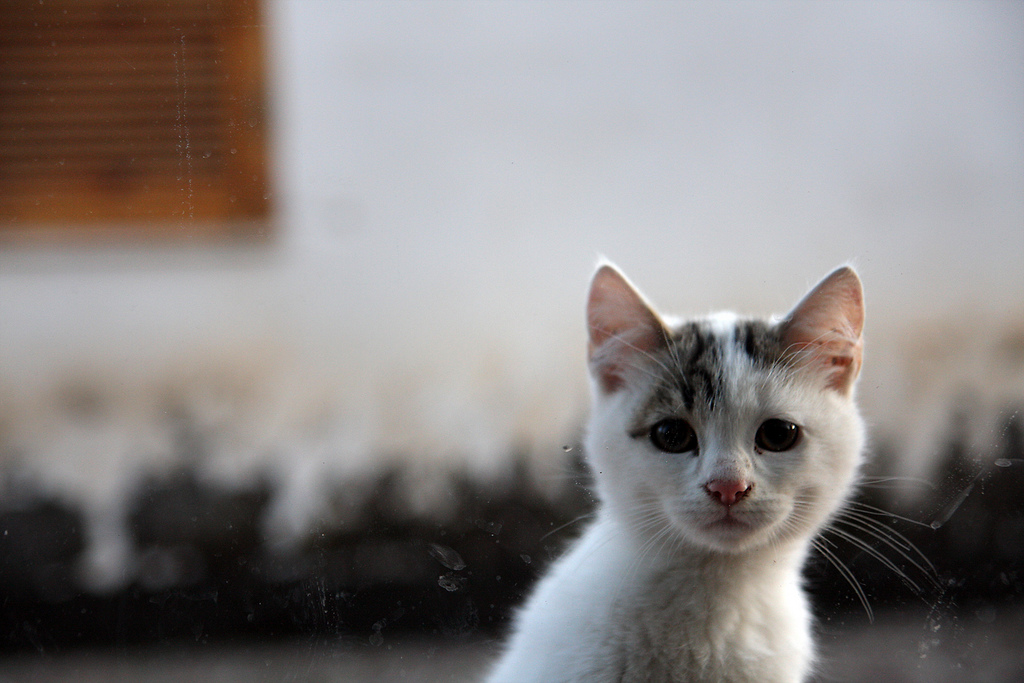 The US judge Robert Carolan, appointed by the ICO to serve in the Kosovo Constitutional Court, has withdrawn his recently announced resignations. Given his previous record, this may not be good news for the Kosovo judiciary

Until recently, three of the nine judges of Kosovo’s constitutional court were foreign jurists. They had been appointed by the country’s international supervisor, the ICO (my former employer). When their mandates ended, at the end of august, Kosovo’s president illegally extended their term by two years (see also this debate on an LSE blog, between a Kosovar jurist and former government official and myself). But one of them, a US jurist, did not accept the extension, or anyway resigned. For reasons that it would take too long to explain, this risks leaving the court deadlocked, without enough judges to hear cases.

The US judge resigned from the constitutional court for family reasons. But a fortnight later he is said to be on the way back. This is a much-debated topic in Pristina. I have secret information about it, which I reveal in the interest of the advancement of human knowledge.

The fundamental fact, ignorance of which would doom your understanding of this affaire, is that the judge’s cat had died. It wasn’t his cat really, or at least not yet. The cat lived in a farm in Minnesota, which is the name of the faraway land where the judge comes from (there are no lions there, as in ancient maps: cats yes). The cat is the average Minnesota cat. Unbeknownst to it – cats are quite alert, but rarely aware of the broader political context in which they live – the cat was meant to become part of the judge’s household. The judge too wasn’t aware that that was to be the cat. But he wanted a cat: more precisely, when he resigned he realised that he previously wanted a cat, and that cat. And as that cat had died the judge became sad, and – quite responsibly – thought that such a state of mind could affect his legal opinions. So these were the family reasons (pets can be described as family, metaphorically at least).

The discriminating reader – say, the average PDK propagandist – will wonder whether this can possibly be true, and will question the clarity of my mind too. But may him pause, before rushing to such conclusions, and consider the following: if the cat was the average Minnesota cat, and if at least one cat died in Minnesota in the period before the resignation, which we can take as a safe assumption, then there is no obstacle to concluding that that cat was the very cat that the judge then thought he had previously wanted.

But a fortnight later the judge had an epiphany. He realised that as the cat is the average Minnesota cat, then there must be other ones: once this illuminating thought dispelled the clouds of his melancholy, he rang up Kosovo to say that the personal reasons had been settled to his complete satisfaction. So he is ready to return and resume his job of deciding constitutional cases impartially, relying only on his own independent judgement.

Now you know: those who ascribe his resignation and possible return to other reasons are entirely wrong. Especially those who think that: (1) the judge realised that the reputation of the constitutional court was sinking worryingly fast, and wanted to separate his own reputation from it; (2) the judge wanted more money than he was offered; (3) the judge was no longer viewed as reliable by the leading faction of Kosovo’s élite, because he dissented on the latest judgement. Those who think 3 are particularly wrong. But let me deal with 1 and 2 first.

One judge for two countries

The judge did not move to Kosovo full-time after his appointment, which was effective as from 1 September 2009, because he had things to do elsewhere: the Minnesota judiciary webpage indicates that during the first part of his service in Kosovo he served also as “Judge of District Court, First Judicial District, Hastings, Minnesota”. He asked for a special arrangement during his initial period in Kosovo, allowing him to spend a few weeks – a number he specified – in Minnesota: to serve as judge there, I presume.

He is the only judge to have made such a request to my former employer, the ICO, which selected him. One of the other two judges was already a pensioner, and the other one pledged to resign from all positions before coming to Kosovo. This is an odd request, if it was meant – this would seem a reasonable hypothesis to make – to allow him to continue serving as a judge in Minnesota. Perhaps it is legally possible for a jurist to serve in two judiciaries at the same time, but it does not sound morally, logically or politically right: divided loyalties seem problematic for a judge, especially for a constitutional one.

My ICO colleagues in charge of the matter – two US diplomats – supported his request, however, and the head of mission granted the judge a sort of flexible-time arrangement for the first five months: full-time service would begin only on 1 April 2010.

The coincidence with April Fools’ Day proved ominous, and should not have been overlooked. What happened, in fact, is that the judge developed some health problems, which prevented him from coming to Kosovo as frequently as it was desirable or even agreed (I don’t know which of the two is the case). The ICO became a little worried about this, and sought to clarify things with this judge (who was on ICO’s payroll). To my knowledge he was never accused of any impropriety, I must clarify, and I assume that his health problems were genuine: but there were discussions between him and the ICO about this matter, and my colleagues did not seem entirely happy. Eventually the judge moved to Kosovo full-time.

Oddly, however, the same Minnesota judiciary webpage indicates that he served as a judge there until “Feb. 4, 2011”. This is ten months and three days later than initially agreed. I suppose that the ICO accepted that. But 4 February is also an odd day to end an appointment: what had happened between him, his own health, Kosovo’s court and the Minnesota one? Perhaps the judge – whose good faith is, and must be, assumed – can explain (before he returns to Kosovo, ideally).

A second oddity is that the same webpage does not say that the judge has served in Kosovo’s constitutional court: his previous assignments (two) during the UNMIK period are mentioned, but not this one, and the list of his employments unveils a void between 4 February 2011 and a date last year. Perhaps the judge is not too proud about his own service in Kosovo, or does not want to show that he was judge in two places at the same time. In fairness, the most natural explanation is that the judge simply forgot that he worked five years in Kosovo (it happens, you know: for instance, where were you, discriminating reader, for the past five years? I am sure it shall take a while to remember that). At any rate, the judge – whose good faith continues to be assumed – can perhaps explain (ideally, before he returns to Kosovo).

A third oddity is that the same Minnesota judiciary webpage indicates that the judge was “[a]ppointed and assigned to serve statewide as Senior Judge from July 1, 2013, to June 30, 2015.” If action followed that appointment-cum-assignment, which is not entirely unlikely, our jurist might have served as judge in two places again: but who agreed to that, as the ICO no longer exists since September 2012 and the judge’s terms of appointment (at least those dated 2009, which I have seen) provided that explicit ICO authorization was required to take up other posts? Again, the judge – whose good faith is (repeatedly, by now) assumed – might perhaps wish to explain (before, ideally, he returns to Kosovo).

The real reason of his resignation, consequently, is the cat. Neither reputation nor money – by which I refer to this: the judge’s ability or otherwise to serve in two judiciaries at the same time, and the related question of the willingness or not of one of them (Kosovo’s) to secure the judge’s exclusive attention by making up any resulting shortfall in his aggregate revenue – played any role. There would be nothing unreasonable or illegitimate in such two reasons, I presume, but they were simply not reason.

Those who think 3 are even more mistaken. The official record shows that – I note in a recent essay – the three international judges of the court did nothing to prevent it from being captured by Kosovo’s élite since its first infancy: they all voted in favour of several literally indefensible decisions, and our US jurist is precisely the judge who apparently led his two foreign colleagues down this route, when he, unlike them, joined the majority in voting for the impeachment of president Sejdiu despite the absence of any – I repeat, any – evidence supporting the charges brought against him (see pp. 15–18 and 34–35 of my essay). As this decision and all those other indefensible ones were quite useful to PDK, from its perspective he was not a bad judge at all.

Of course, the faction of the élite that now wants to dislodge PDK and its allies might view things differently. But neither this, trust me, is the reason of his resignation: at most, it is the reason of his possible return. The relationship between the court and the leading faction of the élite, in fact, is neither a personal nor a political one: it is a power relationship: given Kosovo’s current governance system, the court will support whatever faction takes power, and whatever faction takes power will rely on the court. For a group of judges that systematically voted in favour of PDK in politically sensitive cases, whatever the law or the evidence said, can be trusted to vote in favour of the next leading faction in an equally systematic way.

This is why my advice to the judge, and to those who want him back in Kosovo, is that he should rather look after his imminent cat in Minnesota. I do not say this only in the interest of the latter, which may be saddened by his prospective owner’s departure, but also in the interest of those who would like to see change in the court: an evolution towards greater loyalty to the constitution and Kosovo’s citizens.

My parallel advice to them is to reconstruct three time series. First, the hearings that the US judge missed in Kosovo (it’s public record). Second, the hearings he did in Minnesota, if any (public record too). Third, the days on which he declared he was ill (a freedom-of-information request to the court and ministry of justice should obtain such data: just the days, not the illness, which is private information I suppose). Then see what pattern emerges.

Perhaps the third set of data will be denied, or will prove inexistent. In such case I would strongly suggest to talk to the cat. For assuming good faith is necessary, and I do: but this is not my problem, it is Kosovo’s problem, and I presume that this country, or at least its most progressive forces, will want to choose its constitutional judges not on an assumption of good faith, but upon reasonable certainty about it. Disregard this advice, however, if you think that this is all a joke.