Ingushetia, the circle of injustice 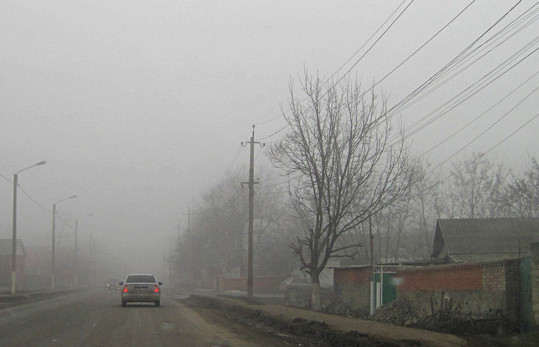 The "circle of injustice" that leads to continuous violence in Ingushetia and throughout the North Caucasus is the focus of a recent report by Amnesty International. Irina Gordienko, special correspondent of Novaya Gazeta, tells OBC readers about it

John Dalhuisen, Amnesty International director for Europe and Central Asia, has spent a lot of time in the North Caucasus over the past two years. The information he and his colleagues gathered is at the core of a recent report by Amnesty International on the situation in Ingushetia ("The circle of injustice: Security operations and human rights violations in Ingushetia ").

We meet at a café in central Moscow. The music is pleasant, the patio full of flowers. "What do you think, how many of these people have an idea of what is happening in their country, for example that a person can be kidnapped or killed without trial or consequences at any time, as it happens today in the North Caucasus?". I glance at the visitors, business people sipping coffee, and I realize that they do not, even remotely, imagine this possibility. Probably a few care about what happens in the Caucasus. "Exactly", says John. "Not surprisingly, everyone thinks that the war is over and that the police are only dealing with armed rebel groups. But this is not the case. The State is unable to protect citizens of the North Caucasus".

In April 2010, during a special operation in the city of Nazran, the police opened the fire on a car carrying two men suspected of involvement in illegal armed groups. Half an hour later Torshkhoev Israil, 36, who lived in the neighbourhood and wanted to know what was happening, drove his car to the place of the events. After checking his documents, the policemen with masks and automatic weapons raided his house and surrounding grounds, without a warrant. Not finding anything, always without identifying themselves, they took away the young man, who has since then disappeared. 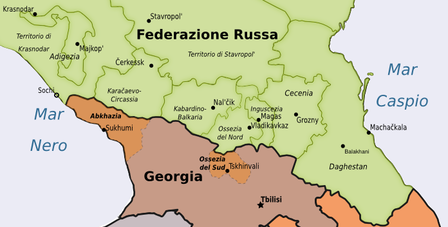 For two years his relatives have sought him in the police departments and other centres of the Ministry of Internal Affairs. They also addressed the Secretary of Ingushetia's Security Council and the Federal Security Service, but the answer was always: there is no record of his arrest. His wife was told he "may have been arrested by the secret services" and therefore "no procedural controls are required". Which means no official investigation into the man's disappearance. According to the official website of the Ministry of Interior, "Israil Torshkhoev disappeared under mysterious circumstances". But no investigation has been started for this kidnapping, which occurred in at least strange circumstances. There are dozens of these "disappearances in unclear circumstances" all over the Caucasus, not to mention the cases of extra-judicial executions and torture. According to the report's authors, the impression is that "over the years of armed conflict, similar cases have become an integral part of the police's modus operandi".

With the exception of Chechnya, the main problem for the Caucasus republics lies in the presence of numerous police bodies, who operate independently and often in competition with each other. For example, those operating in Ingushetia include the Republic's Security Council and several divisions of the Ministry of Interior that deal with roads security and checkpoints, but also a number of special units like OMON or the Centre against extremism, part of the Federal Security Service, as well as stationed army and prosecution units. The activities of all these organs are coordinated by the Republic's Counter-Terrorism Committee and, at the federal level, the National Counter Terrorism Committee headed by Aleksandr Bortnikov, head of the FSB (the Russian intelligence service known as KGB at the time of the USSR).

Each of these bodies has its rules and leaders, who operate independently. For example, the Ministry of Interior is not aware of the operations carried out by the FSB and vice versa. The police can circulate armed and masked in unmarked cars with tinted windows, and make arrests and searches without producing any document. Therefore, determining which unit was involved in a special operation is impossible. The official version is that everything happens for "security" reasons, but in practice it results in violations of law and human rights and impunity for law enforcement officials.

This situation creates an almost complete paralysis of investigations and trials, as prosecutors and investigators are not able to determine who is responsible for the death of a person, and often sabotage the investigation of crimes committed with the participation of law enforcement officials. This behaviour is easily explained: investigators and prosecutors are part of the system themselves and often do not want to "ruin relationships with colleagues". Another problem lies in the fact that over 80% of terrorism trials are based on confessions obtained through questionable methods that all the civilized world would call "torture". This system of "legalized illegality" in the Caucasus began to take shape in the early 2000s after Putin's famous words. "If we find them in the toilet, we'll exterminate them in their outhouses", he said at the beginning of the second Chechen war, virtually giving the green light to any act of law enforcement.

A ghetto in the country

The war in Chechnya has been over for some time – it officially ended in 2009. The fight against terrorism has largely shifted in the neighbouring territories of Dagestan, Kabardino-Balkaria, and Ingushetia. But the logic that defines the mechanisms of thought and action of the police in the North Caucasus has not changed. Not even former President Medvedev's calls for more surgical and less bloody action have been able to dent Putin's ways. At the last meeting of the National Counter Terrorism Committee, held on July 4th in Makhachkala, FSB Director Alexander Bortnikov said that "the armed conflict in the Caucasus cannot be solved by force alone". An unexpected declaration by the head of one of the leading security agencies in the country, but one that does not change the situation in the region.

According to John Dalhuisen, the system of "legalized illegality" cannot be solved without involving large sections of society. "The Russian public opinion must understand that, as long as there is a ghetto in the country where the rule of law is not applied, such practices are going to spread like a cancer and infest the entire federation".