The curious case of Anvar Sharipov 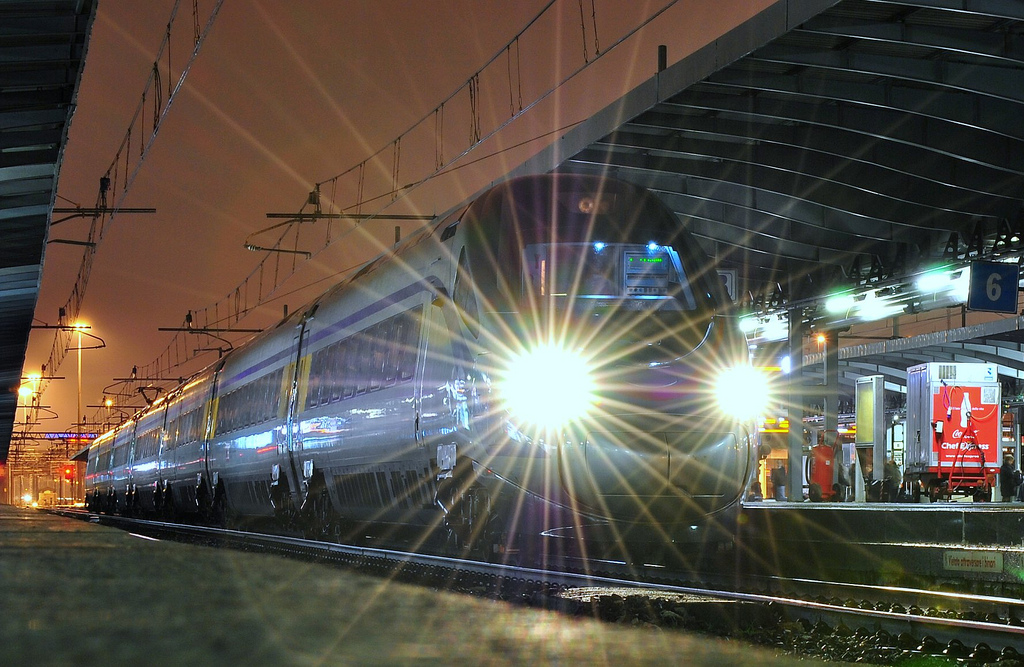 Anvar is a 35-year-old man. On 6 January, he was found without documents at the Venice-Mestre station and immediately transferred to the Centre for Identification and Expulsion (CIE) of Gradisca (Gorizia). A case of illegal migration like any other? Only at first sight

In late January, some local and international news agencies and newspapers started to report the story – at first, in a rather confused fashion. According to the first releases, the man was the brother of Doku Umarov. The name may say little in Italy, but much more in Russia, where Umarov has claimed to be behind several attacks and plans to create a “Caucasian Emirate”, based on the Sharja, in the northern Caucasus. On 31 January, however, agencies stood corrected – the man was an unnamed citizen of Tajikistan. Eventually, he was identified as Anvar Sharipov, a Russian citizen with origins in Dagestan. Yet, the early leaks were not completely wrong. Sharipov is not related to Umarov, but is the brother of one of the suicide bombers that caused 40 victims in Moscow's underground on 29 March 2010. Apparently, from the very start, Italian authorities knew with whom they were dealing. “I was on the Venice-Paris train with a regular ticket, but without passport, when the police came,” Sharipov tells us on the phone from Gradisca. “They had my picture, they knew my name – they were looking for me.” So, start the Italian adventures of Anvar Sharipov, after a long journey that began some years ago in Dagestan, northern Caucasus. 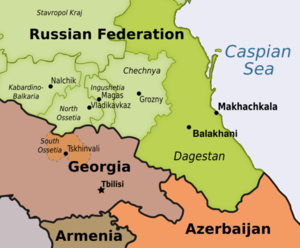 Anvar Sharipov was born in Balakhani, a small village in the mountains of Dagestan – a region where the rebellion to Moscow is especially strong. Irina Gordienko of the Russian newspaper Novaja Gazeta, who has recently visited the area, tells us on the phone, “Dagestan authorities see Balakhani as a 'Wahhabi' village. It may seem a peaceful village like any other in the mountains, but the police repeatedly carried out special actions with great deployment of men and means, checking all the housed for it is not clear what.” In 2007, the former president of Dagestan, Mukhu Aliev, described Balakhani: “How can one live in such a place? It hides all those who are hunted by the police, and still you criticise the policemen's behaviour?”

Sharipov too allegedly hid in his native village after an incident in Makhachkala, capital of Dagestan, in 2004. “I was in town with a friend and I was beaten, put in a car, and tortured for two days,” continues Anvar from Gradisca. “They threatened to kill me, they wanted me to take the blame for a series of crimes for which they had not found the culprits. As soon as they let me go, I went to Balakhani and hid there for three years, because in the meantime I had become wanted...in the mountains, when the police comes we see it from ten kilometres away, we all have time to hide.”

In 2007, Sharipov took advantage of an amnesty for wanted men who “did not have blood on their hands” (a phrase that current Dagestan president Magomedsalam Magomedov is trying to revive in these very months) and, back into a legal status, decided to move to Moscow and leave all his problems in southern Russia. “I worked as taxi driver by night, this earns well in Moscow,” says Anvar, “I had a quiet life...but everything changed on 3 April 2010”. Only on that day did he know that his sister Marjam Sharipova was one of the suicide bombers of 29 March. “At first I could not believe it, but then I saw the pictures on the Internet and I immediately recognised my sister. My friends convinced me to run away for my own sake. After everything that happened, I could not trust the Russian police”. Anvar soon appears in the list of suspects and the Russian media portray him as one of the possible accomplices in the underground attacks.

As soon as he knows of his sister's involvement in the attacks, Anvar says, he took a bus to Minsk, Belarus, and then a flight to Istanbul, where friends are waiting for him. He stays there until the autumn but, after the police went to look for him at home, he decides to leave Turkey and end this semi-legal situation to ask for political asylum in Europe. Advised by friends, on the countries known for being the most sympathetic to asylum seekers from the Caucasus, he chooses France; Finland seemed too hard to reach, Austria too dangerous after the murder of refugee Umar Ismailov in Vienna in January 2009. Since he cannot get a visa for an EU country, Anvar flies to Dubai and buys a ticket for Havana, Cuba with a transfer in Paris (Russian citizens do not need a visa for Cuba), ready to hand himself over to the local police. However, things go wrong and he is not allowed to fly from Dubai. Eventually, Anvar manages to fly to Sarajevo and tries to reach France from there. He manages to get into Austria; from Graz, he travels to Venice by train. He has a ticket to Paris Bercy, he has already taken a seat. It is 6 January 2011. Anvar's journey, however, does not end in Paris, but in Gradisca. After the arrest, Sharipov applies for asylum, but he is rejected by Gorizia's commission for the recognition of international protection on 27 January 2011. At this point, also thanks to the association ICS- Refugee Office of Trieste, he contacts a lawyer and decides to appeal the commission's decision.

Sharipov's story is very articulated and presents, according to those we contacted and interviewed in these days, more than a few anomalies – starting from the arrest at Mestre station. “If there is no international warrant, if this man is not wanted by the Interpol, who gave the Italian police his name and his picture?” wonders Gianfranco Schiavone of ICS- Refugee Office. “And on what basis was an asylum seeker sent to a CIE and not to a Cara (centre for the reception of asylum seekers)?”

Schiavone's questions appear legitimate. The very website of the Ministry of Internal Affairs  explains clearly that Caras are destined to “foreigners seeking asylum that have no documents or escaped border control” (like Anvar), while CIEs are “facilities for the detention, validated by a justice of the peace, of non-EU irregular migrants destined to expulsion.” Attorney Gianfranco Carbone, in charge of the case, poses a further question, “Clearly, there were pressures by the secret services and someone said the man was a terrorism suspect – or why would the police go around with his picture? In addition, although the ordinary procedure was formally maintained, a process that usually takes 3-4 months was sped up and concluded in less than three weeks.” Carbone casts doubts also on Italy's competence over the case. “If, as it appears, Anvar Sharipov entered Italy from Austria, according to current EU agreements Italian authorities should have delegated Austria to judge the case.”

Even the commission's reasons for rejecting the asylum application raise some concern, especially when compared with dossiers and reports by the main international human rights organisations that deal with Russia. For instance, the commission writes that “alleged torture and violence […] are not credible […] for lack of visible traces on the body, except for a scar on the left forearm.”

It is actually difficult to prove torture after years; however, the police in northern Caucasus are known for severe violations of human rights, including torture. With specific reference to Dagestan, the recent Human Rights Watch World Report 2011  notes that, “torture by the police is endemic even outside the illegal fight against rebels.”

Iljas Sharipov, Anvar's brother, declares himself a victim of torture as well. In May 2008, in Dagestan, Iljas Sharipov was allegedly tortured and arrested for possession of weapons. As he declared to the press, someone had put a grenade on him at the very moment of the arrest. He did not convince the judge though, who sentenced him to nine months incarceration. The torture or violence, however, are confirmed. Osservatorio obtained a copy of a document signed by the prison doctor who visited Iljas few days after the arrest. The certificate mentions bruises caused by a blunt object around the left eye and an 8x8 cm hematoma on the left side of the body in the kidney area.

According to the reasons given for rejecting the asylum request, human rights violations would be limited to those living in the northern Caucasus. According to the main human rights organisation in Russia, however, living in Moscow or other parts of Russia is not enough for people from northern Caucasus to be safe. In a dossier published by Memorial on 26 January  and focused on the human rights situation in the region, Memorial devotes a three-page section to kidnappings of people from northern Caucasus in several parts of the Russian Federation. “In autumn 2010, the disappearing of people from Kabardino-Balkaria, Dagestan, and Ingushetia became systematic in several regions of Russia.”

“There are cases of kidnapping in Moscow and other parts of Russia, not only in northern Caucasus,” confirms Irina Gordienko of Novaja Gazeta. “Charges by the relatives of the victims never lead to real investigations on the facts and no one has ever been punished or condemned for such cases.”

According to the commission, the application was not rejected due to the alleged involvement in terrorist attacks, since the applicant “is only subjected to preliminary investigations and there is no pending incarceration.” Irina Gordienko, however, believes Anvar would certainly be in danger if he returns to his country. “Every now and then Aleksandr Bortnikov, head of Russian secret services, says he knows everything about the attacks in Moscow's underground, but a trial never took place. All that happened is that people were killed during special operations in Dagestan and they were indicated as authors and organisers of the attack. However, there never was a trial, nobody ever saw proof that the people who were killed were responsible. If Anvar goes back, he becomes a very convenient scapegoat to close the case. He is basically the only living person investigated for the attacks, and one very easy to pinpoint as brother of the suicide bomber. I talked with members of Dagestan secret services – they know Anvar and say he was on their list of people to keep in check, but rule out that he had a part in the attacks in Moscow's underground”.

So far – as emerges also from the motivations of the asylum rejection – there is no international warrant for Sharipov. Italian authorities should only establish whether he has a right to asylum or not. On this point, as with Sharipov's arrest, many anomalies and questions remain – they should be clarified.