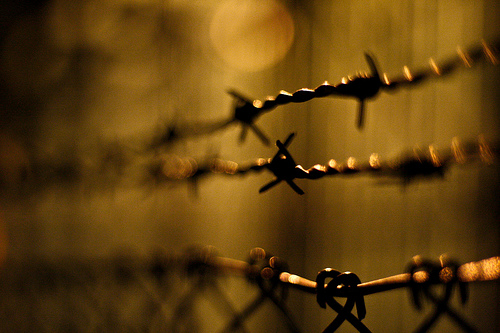 The number of migrants arriving in northern Greece from Turkey has risen dramatically in 2010. According to Human Rights Watch (HRW), Greek officials should immediately transfer migrants from overcrowded and inhumane detention sites and protect the unaccompanied migrant children

Greek officials should immediately transfer migrants from overcrowded and inhumane detention sites in the Evros region to an empty facility on Samos Island and protect the 120 unaccompanied migrant children among them, Human Rights Watch said today. These migrants have crossed into Greece from Turkey in recent weeks and months, and come from countries such as Afghanistan, Eritrea, Iraq, Algeria, Syria, Iran, and Morocco.

The number of migrants arriving in northern Greece from Turkey has risen dramatically in 2010. They include asylum seekers, unaccompanied children, single women, and families with young children.  Human Rights Watch conducted research in the northern region of Greece during the first week of December and witnessed conditions so overcrowded that detainees cannot even  lie down to sleep. Women and children are crammed in cells with men. Toilet facilities are so limited that guards sometimes escort detainees to defecate and urinate in nearby fields. These conditions clearly risk the health and safety of detainees, and constitute inhuman and degrading treatment, in violation of binding international law, Human Rights Watch said.

"Authorities told Human Rights Watch last year that they transferred migrants from the islands to the north to prevent overcrowding." said Simone Troller, senior researcher with Human Rights Watch. "But now they need to respond to the overcrowding in the north, which is creating dangerous, unhealthy conditions.

The Evros border on OBC

Greece should send detainees to detention facilities in the islands where there is more space, should separate single men from women and children while respecting family unity, and, where possible, seek alternatives to detention, Human Rights Watch said.

When the European Unions's Belgian presidency discusses the situation of unaccompanied children at the EU's external border at a conference in Brussels on December 9 and10, 2010, it should address the situation in Greece as a matter of urgency, Human Rights Watch said.

Migrants, in particular those whom Greek authorities hope to deport, are detained for several months. Guards sometimes tell detainees that they will be detained longer if they file asylum claims, detainees told Human Rights Watch. Many migrants told Human Rights Watch they do not wish to seek asylum because it means remaining in detention even longer and because Greece rejects almost all applications. One asylum seeker from Turkey was held for almost four months in appalling conditions in a small, overcrowded police station in Feres, northern Greece.

At the beginning of December, 120 unaccompanied migrant children, nine of them girls, were among the more than 450 detainees in the Fylakio-Kyprinou detention facility, which Human Rights Watch visited. They had already been in custody for periods ranging from weeks to months, sharing mattresses with fellow detainees. Some were held jointly with adults and were rarely allowed to go outside into the courtyard.

At the time of the December visit, several cells were flooded with sewage water from broken toilets. The general atmosphere in the center was tense, and police and detainees said there were frequent outbreaks of violence that had resulted in damage to the infrastructure. One 14-year-old unaccompanied boy told us he had been held there for 43 days.

Children remain in detention for weeks or months despite Greece's obligation to protect them and to use detention only as a measure of last resort. Officials told Human Rights Watch that children have to be detained until a place in a reception center is found because they cannot be left to their own devices. But Greece has done little to address the lack of reception places for children despite repeated calls by international bodies.

"Detaining children is no way to protect them," Troller said. "Rather than make excuses, the authorities need to organize emergency arrangements with local authorities and social service organizations to care for these vulnerable kids."

In early November, Frontex, the EU's border agency, deployed a 175-member Rapid Border Intervention Team (RABIT) for the first time in its five-year history. Equipped with high-tech detection equipment, a helicopter, dogs, and vehicles, RABIT is assisting Greek authorities in trying to stop the migrant flow into Greece. RABIT forces who assist Greek authorities in identifying migrants have a duty to act in accordance with the EU Charter of Fundamental Rights, even if Frontex itself lacks a clear mandate to intervene to protect those in need.

Greece is a main entry gate for migrants who seek to enter Europe. Migrants arriving include asylum seekers or vulnerable individuals such as unaccompanied children, torture or trafficking victims, whom Greece has an obligation to protect from persecution, exploitation, or neglect. Greek authorities are also obliged to treat any person on its territory in a humane way, irrespective of that person's right to remain in Greece.

"The Frontex mission cannot simply turn a blind eye to the humanitarian crisis for migrants in the Greek border region," Troller said. "The Charter and the EU's fundamental values require it to do all it can to ensure that migrants are treated humanely."

If Greek authorities fail to remedy this situation, Frontex should end its cooperation with the Greek authorities until migrants at this border are treated humanely, Human Rights Watch said. EU member states who provide RABIT members should withdraw their border guards from the operation.

Human Rights Watch, the United Nations, and European rights bodies have consistently condemned detention conditions for migrants in this part of Greece in the strongest terms. Despite this repeated criticism, Greece has done little to ensure that the basic needs of those detained will be met or their rights protected and has even changed the law to allow for longer detention.

In addition, Human Rights Watch's past research has documented that Greece does not have a functioning asylum system. It recognizes only 0.04 percent of asylum seekers at first instance. Although an appeals procedure has recently been reinstated, this process is clogged with a backlog of more than 45,000 pending cases. It will take years for Greece to reform its asylum system to guarantee protection from persecution for those in need.