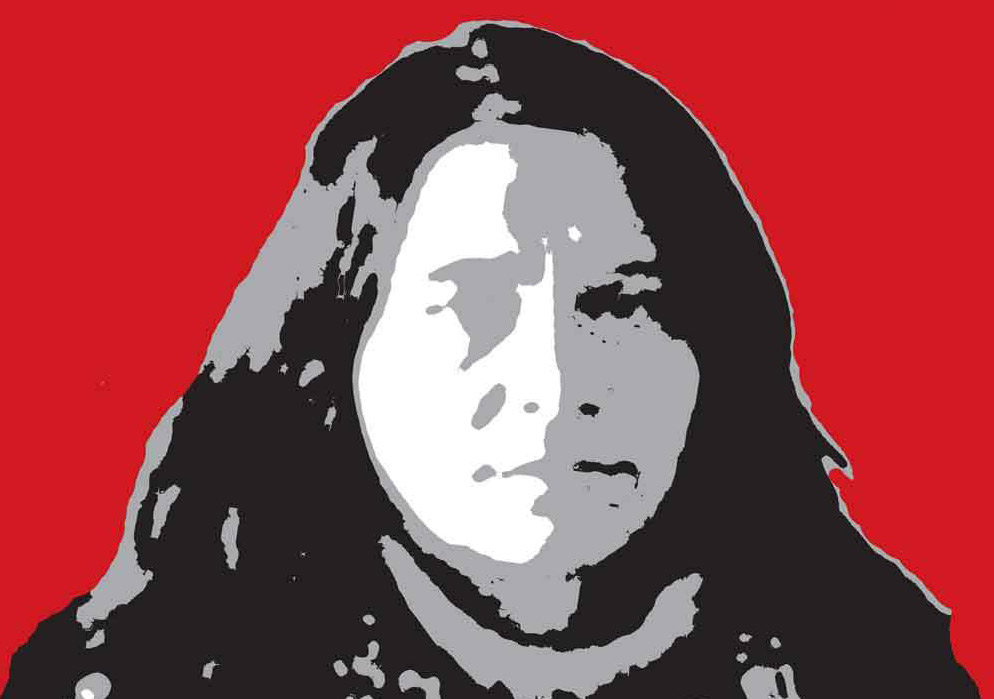 She came to Greece seven years ago as a migrant. Ever since, she has been fighting for the rights of the "modern slaves", the cleaners. Until a dramatic attempt to silence her forever. This is the story of Konstantina Kuneva, the symbol of 8 March in Greece

This year, Woman's Day in Greece is dedicated to a Bulgarian woman, Kostadina (or Konstantina, as her name transliterates in Greek) Kuneva.

The story starts after a prologue. A few days ago, on the evening of 3 March, around 20 men wearing carnival masks set fire to several wagons of a Kifissià-Piraeus commuter train parked in the station of Kifissià, a chic suburb of Athens. The group calling itself "Group of Revolutionary Conscience" later declared on the Internet that they set the fire in order "to avenge Konstantina Kuneva".

Thousands of feminists, union members, university students, mothers with their adolescent daughters carrying flowers, will demonstrate through Athens on 8 March, shouting slogans honouring Konstantina. The rally will start at Kifissià station, pass by the Parliament, and arrive in front of Evangelismos hospital where Ms. Kuneva is currently recuperating. However, who is Konstantina Kuneva?

Konstantina is 44 years old with a degree in history. She arrived in Greece seven years ago from the port town of Silistra in Bulgaria's northeast border region with Romania. Her more than seventy-year-old mother and a twelve-year-old son who suffers from heart disease accompanied her.

Konstantina undertook the long trip in search of a job. Like many other migrants, she had to throw her degree in the rubbish and accept the only job she was offered in Greece: a cleaner for a company sub-contracted to ISAP (the company operating the electric train on the Kifissià-Piraeus line).

However, for Konstantina, her job became a tool in her struggle against the conditions of "modern slavery" suffered by her and her colleagues. She organized 1,700 colleagues into the Panattic Household and Domestic Cleaners Union (PECOP), where she became secretary general. 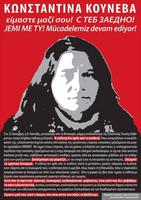 Over the years, Konstantina did not miss the opportunity to denounce the abuses she suffered. For example, her fellow workers (primarily women), at Oikomet, a cleaning company that "rents" its services to national public organisations, were forced to sign blank contracts and never given copies of the contract. They would only receive the official wage for 4.5 of the 6 hours worked each day, so that they would never legally work more than 30 hours per week, beyond which workers are recognized as official employees entitled to all legal protections and benefits.

The dispute also concerned the annual bonus (the so-called 13th monthly salary), which the company wanted to pay only on paper. In reality, the company gave only a small amount to the workers. This issue has already gone to court.

The fight against this type of exploitation meant the threat of death for the Bulgarian migrant union activist. Ms. Kuneva managed to narrowly escape this destiny.

Konstantina was beautiful and charming before the evening of 23 December. A group of unknown people waited for her in front of her residence in the worker's suburb of Petralona. They splashed sulphuric acid in her face, forcing her even to drink the acid, in order to shut her mouth forever.

Now, two and a half months later, one of her sea-green eyes has again started to recognize the shapes of people who come to visit her in the hospital. She has had three plastic reconstructive operations in an attempt to repair her internal organs, her stomach and lungs burned by the poison.

A large charity has been paying her medical bills. Contributions have also come from her colleagues, all the Greek trade unions, many communal administrations, thousands of Greek citizens and migrants, and people from throughout Europe who joined the online appeal published in the French newspaper Libération.

The Greek government, however, did not cover her medical bills because she does not have the right to social security. In the meantime, police have not identified her attackers. An Albanian migrant was detained and later released due to lack of evidence.

"This is just the little fish," said psychiatrist Katerina Matsa in an interview for the Athens daily Eleftherotypia. She remained by Konstantina's side over the recent months of fight between life and death at the intensive care department. "The main thing," adds Matsa, "is to find out who holds the strings of this huge web of exploitation of black labour, involving primarily migrants."

One eye of the Bulgarian labour activist is lost forever. "Only recently Konstantina began to speak with the help of a machine," says the psychiatrist. "First, she was communicating by touching my face and writing, with a lot of effort, notes on pieces of paper. She told me she loved music: Mozart, but also Andrea Boccelli, because he is blind the same way she is now...." Already reddened by the years of hard work, her hands were further scarred as she tried to defend herself from the attackers.

These exterior signs of suffering will perhaps ease with the help of plastic surgery. The scars on the inside, however, will remain as a cry of anguish and anger against those who wanted to kill her because she dared to defend the weakest of the weak; the workers suffering a medieval-like exploitation of human labour. Konstantina said she would continue her mission with all her strength, but in her way.

Konstantina does not want publicity. She turned down a seat in the European Parliament offered by two opposition parties, PASOK and the coalition of the reformist left, Syrizia. For PASOK, "Offering her a position on the list would be a signal to the entire society, a symbolic action of respect towards a woman who has definitely not been welcomed in Greece." For the Syrizia coalition, "Kuneva is the symbol of what it means to be a working, migrant, labour unionist woman today."

Konstantina's answer was, "No thanks. I would run only as a representative of the Panattic Household and Domestic Cleaners Union." The union's deputy president, her guardian angel, together with her mother and psychiatrist emphasise, "They only think of her now when she has been wounded? Why weren't they concerned when she was healthy, strong, and fighting for our rights?"

In addition, apparently an old PASOK member owns Oikomet, the company sub-contracting the cleaning of the railways stations between Kyfissia and Piraeus.

In any case, Kuneva's colleagues occupied the railroad administrative offices last week, had the contract with Oikomet annulled, and managed to be hired in fulltime employment. Konstantina smiled when she heard the news at the hospital. Her sacrifice was not in vain.