Human rights violations: Frontex knew and did not react

Bulgaria, anti-immigrant patrols at the border with Turkey 22/02/2017 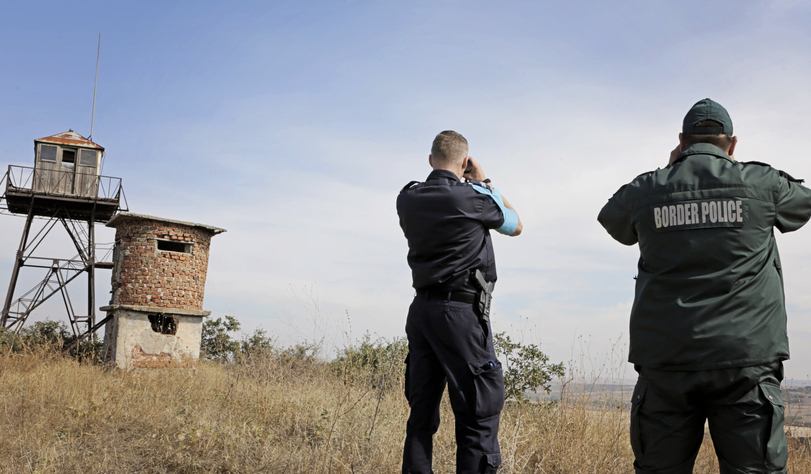 The European Parliament published its report on the work of Frontex and the violations of the rights of migrants. Numerous issues were highlighted

Existing evidence does not show that Frontex directly carried out pushbacks at the borders, but does show that it was aware of human rights violations and did not act promptly and effectively to end them. These are the main results that emerged from the “Report on the fact-finding investigation on Frontex concerning alleged fundamental rights violations”  presented on 15 July by the Frontex Scrutiny Working Group (FSWG). The group of MEPs led by the European Parliament's Commission on Civil Liberties, Justice and Home Affairs (EP) was created in February 2021 to carry out an inquiry into the work of the European Borders Agency and its alleged involvement in illegal pushbacks of migrants and asylum seekers at the external borders of the Union.

For months, various institutional actors have examined Frontex's work and financial management, including the European Court of Auditors , the European Anti-Fraud Office , and the European Ombudsman. In April the EP, in its role of controlling the Union budget, had decided to postpone the approval of the Agency's 2019 budget. In addition to institutions, civil society has also kept an eye on Frontex for some time: most recently, following a lawsuit filed by two asylum seekers, the organisations Front-lex , Progress Lawyers Network, and Greek Helsinki Monitor have for the first time undertaken a legal action against the Agency at the European Court of Justice. In the lawsuit, as reported by Redattore Sociale , Frontex is accused of failing to fulfil one of its core tasks: monitoring at the external borders. Although it is the member states that decide on returns having the responsibility of managing their borders, Frontex should provide constant monitoring of their work, guaranteeing respect for and protection of fundamental rights.

The report presented at the European parliament in Brussels by the FSWG exposes "shortcomings in the monitoring mechanisms of the Agency in reporting and assessing the situation of fundamental rights". It also posits that the Executive Director, Fabrice Leggeri, did not promptly involve the fundamental rights officer and the Consultative Forum – a body that brings together civil society institutions and organisations to provide support to the Agency on fundamental rights – repeatedly ignoring their requests.

On the occasion of the presentation of the report to the EP, MEP and chairperson of the working group Roberta Metsola (European People's Party Group), after stressing the importance of Frontex as a European agency, highlighted that there have been gaps, starting from the lack of collaboration between member states, the EU Commission, and the Agency itself.

MEP Tineke Strik (group of the Greens), in charge of drafting the final report and very active in these four months of investigation, was more harsh. Strik said that the agency needs to change pace and that current operations in Hungary and Greece need to be revised immediately. Along with other colleagues, Strik also raised doubts about the current management team's ability to implement the suggestions and recommendations presented by the FSWG.

During the presentation of the report, divergences on Frontex emerged on the part of MEPs: on the one hand those who support its importance, and on the other those – especially the European left – who deem Frontex and its current staff inadequate and incapable to fulfil its duties. However, in light of the fact that the report showed that fundamental rights violations had occurred and that Frontex was aware of them, the entire FSWG stressed that it is essential to continue investigating and monitoring the Agency.