Greece: the crisis will do us good 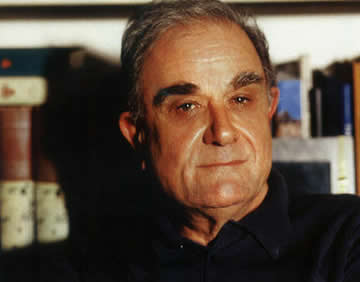 In an exclusive interview with Osservatorio, Serafeim Fyntanidi, director of Eleftherotypia, one of Athens's most influential dailies, talks in-depth about the economic and social crisis besieging Greece. He says he is convinced that the country will emerge from the crisis stronger.

“When the earthquake comes, small houses suffer smaller damage than palaces,” Fyntanidi says. “This will be the case in Greece, which now seems to be the sick man of Europe, but is, in reality, a small rock compared to giants such as France and Germany. We will also overcome this financial crisis. What's more, it will do us good.”

These are not the words of a visionary with 'Zorba syndrome'. Zorba, the main character of Nikos Katzantzakis's novel “Zorba the Greek”, stood laughing as protesters torched Greek cities with molotov cocktails and burned down his constructions as authorities stood watching. “What a beautiful disaster!” Zorba exclaimed. No, these are the words of Serafeim Fyntanidis, the man who has been at the helm of one of Athens's most influential dailies, Eleftherotypia, for 31 years and was previously a journalist for the reformist Ethnos.

Fyntanidis is a far-sighted analyst who ended up in prison in the '80s for having published an impartial analysis of the Greek Red Brigades: 17 November. The group 17 November was a mysterious organization which assassinated dozens of politicians, foreign diplomats, and Greek journalists, before its leaders were convicted in 2003. Fyntanidis continued to run his paper from prison by telephone.

Born in 1937 into a family with roots in Istanbul's Hellenic community, Fyntanidis has been both an observer of and participant in the major events in the last half a century of Greek history: the dictatorship of the colonels, the youth protests that led to its fall, Greece’s entry into the EU and NATO, the national pride over entry into the “Euroclub” in 2001, and the success of the Olympics in 2004. Then came the fall. In December, 2008, 15-year-old Alexis Grigoropulos was killed by a policeman, setting off a massive social backlash witnessed by the world. The anniversary of the Grigoropulos shooting has recently been commemorated with enormous marches, protests, and anarchist molotovs. In the throes of a terrible economic crisis, Athens remembers.

The winner of the October elections, socialist Prime Minister George Papandreou, said that Greek public debt, which reached 112 percent of GDP in 2009, “is a threat to national sovereignty.” Major international rating agencies, such as Fitch and Standard & Poor, have downgraded Greece’s credit rating. The same message was also sent by the European Central Bank. Is Athens really facing a collapse? Does it risk even being expelled from the Eurozone, or ending up under the supervision of the gendarme of the International Monetary Fund?

No one wanted to look the truth in the face. Now it is in our face. Even though, in his own way, ex-prime minister Kostas Karamanlis, who neglected dealing with the scandals and corruption within his government and wanted to call early elections just so that he could lose and leave the hot potato to others, has said an important truth: the salaries of public servants must be frozen. Imagine the public response. Karamanlis lost to Papandreou with a difference of 10 points.

And yet the freezing, more importantly the reduction of salaries by 15 percent is exactly the formula pursued by Ireland, another EU country in economic crisis.

This would never be accepted in Greece. And I agree with Prime Minister Papandreou that in order to “heat up” the economic revival, people need to have some money in their pockets; they need to be allowed to make ends meet if they can't buy their supplies and keep the shops running. However, Papandreou himself has already announced an unavoidable policy of tears and blood: restrictions in the public administration, pension reform, fights against fiscal evasion. Do you know that 9 out of 10 doctors and the majority of all lawyers declare less than 10,000 Euros per year? This is what they make in one day.

But will all this be enough? After all, both the New Democracy conservatives, as well as the PASOK socialists, which have been alternating power since 1974, have simply continued the practice of nepotistic hiring in public offices. Look at the case of Olympic Airlines after it was privatized a few months ago: it collapsed under the burden of 8,100 employees...hostesses, pilots, and ground personnel, many of whom retired at the age of 45!

If only it was just Olympic...the flagship company created by Onassis and a metaphor for the entire country! I am nevertheless an optimist: we will make it. And you know why? No other western country has gone through what we have gone through in the past century: two world wars followed by a five year civil war; hunger, poverty. Even before that, in 1922, following our defeat in the conflict with the new Turkish state which emerged from the remains of the Ottoman Empire, there was the deportation of 2 million Greeks from Anatolia to the motherland [Editor's note: the famous population exchange was known as the “megali katastrofi”, the Great Disaster.] That was 6 million inhabitants. It would be like 20 million Italian emigrants who had been abroad for centuries arriving in Italy today. Yet, today we are in the European Union - in the “Euroclub” - and we rank first in Europe in consumption of red meat, in rates of obesity, and in rates of possession of first and second homes. We are first in terms of car accidents (everyone has at least one car!) It is as if, in the last 30 years, we have tried to compensate for all the hunger and poverty. But it is not true that we are on the verge of collapse: 40 years ago, Greeks migrated to America. Today in our country we have 1 million migrants from Afghanistan and the Balkans who manage to make a living because of us. Are we really a country going down? Those who say that a third of Greeks live under the poverty line make me laugh. And the fiscal evasion? And the second job (many people have a government job and, in addition, for example, an olive plant in their village of origin)?

Then why is there so much rage among the young people who invade the streets of big cities; the anger of the so called “ €700 Euro generation”?

I know these young people. I have been teaching communications at Athens University for 15 years. They were first organized in the youth organizations of the big parties and now they are autonomous, dogs off the leash. But for sure they are not dying of hunger: most of them, like Grigoropulos himself, come from well-off families and live in the fashionable neighborhoods of Athens. But they no longer have direction, not from their parents either, and they have no hope for the future. A recent survey asked young people who their role model was: they said Rivaldo, an Olympiakos football player. We had Che Guevara, De Gaulle, or the old populist Andreas Papandreou, according to our political views. These youngsters have nothing to do with the “legacy of the Greek Red Brigades”, as has been said. And the same goes for the anarchists armed with molotovs. They are young people who lack role models and now they are discharging their anger by demolishing shop windows. When you think that some of the most recent detainees are 12 years old. For them, demolishing things and making a mess is a perverse game. We also protested 40 years ago, but we did not ruin other people’s jobs.

If you were in the shoes of a Greek young person of today, what would you do?

I would stand together with my friends outside the house of the prime minister and I would not let him out. It takes constructive fantasy to go after the right targets and at the same time not make oneself hated by his or her fellow citizens.

Since the protests of the last few days, Athens has been buried in garbage because of the strike of the at-risk garbage collectors. They make € 700 Euros per month and also work nights.

At their age, I was making even less, but we were all poor; no one made a big thing of it. The garbage? Isn't the same thing happening in Naples? Let’s start by not throwing everything out and consuming less and the mountains of garbage will scale down. As I have said, this crisis will teach us to wear the same coat two years in a row and to make a car last 10 years. It will do us good.