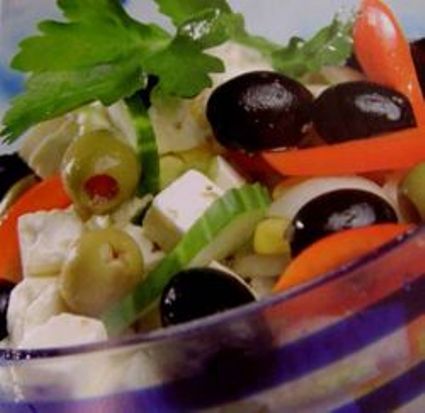 With an official inflation rate of 4.4 percent (highest in the European Union), a real rate estimated at 6 percent, and food prices rising at 7 percent annually, Greece risks becoming the most expensive country in the EU. Most Greek families suffer from the crisis

"Greece, most expensive country in the world? The usual exaggerations by the media", is repeated continuously by Christos Folias, Greece's Minister for Economic Development. However, faced with the latest detailed food statistical bulletin by Eurostat (the European Union's statistical institute), a group of conservatives MPs in the centre right party "New Democracy", which has held power since 2004, warned Prime Minister Costas Karamanlis, "if Greek consumers do not start recovering, our government will fall".

The numbers are clear: vegetables in Greece are the second most expensive in the EU. Greece has the fifth highest food prices on the Eurostat listing for April 2007-April 2008, with a price rise of 7 percent as opposed to the Eurozone average of 6.2 percent. The unfortunate difference is that residents of Athens, Thessalonica, and Crete have lower salaries than residents in countries such as Germany, where the shelf prices of peaches and tomatoes actually decreased by an average 2 percent, despite the fact that Germany, unlike Greece, is not a fruit and vegetable exporter.

A homemaker in Athens makes a huge effort to make ends meet: fruit in a Greek supermarket has become 6 percent more expensive; bread - 14.8 percent; vegetables - 11.4 percent, not to mention fish - 4 percent, in the fatherland of fishing boats. In terms of annual food price increases in the Eurozone, only Slovenia (12 percent), Malta (9 percent), Ireland (8.7 percent), and Austria (7.6 percent) come before Greece. Even Italy and Spain, countries with strong agricultural export sectors similar to Greece, had smaller price rises.

"Unfortunately we are becoming the most expensive country in the European Union," said George Papandreou, the leader of the leading opposition party, the Panhellenic Socialist Movement. "We are in a state of national emergency, which makes life difficult for many families."

At the end of May, the government presented 41 measures aimed to help citizens. However, it forgot the most important, effective, and awaited measure: the blacklist of most expensive supermarkets and retailers. A task force of controllers scattered over the market could regularly update the blacklist. However, the task force was not mentioned in the government anti-inflation package.

"There is a lack of focused battle against monopolies," comments reformist daily Eleftherotypia. Instead of making public the "lists of shame," the Minister for Economic Development only met 43 producers and industrialists to ask for a "show of responsibility towards the country."

The results? Few. One supermarket chain promised to reduce the cost of milk and cheese by three percent, whereas Nestle froze, until the end of the year, the price of Nescafé, the major ingredient of the Greece's national drink: frappé, a mixture of water with coffee powder and sugar.

As a consequence, Greece's EKPIZO Union of Consumers has declared war. Faced with milk prices in Greece that reach 1.65 Euro while the average in European supermarkets varies between 0.70 and 1.30 Euro per litre, EKPIZO announced a boycott of milk between 9 and 14 June. "We can live 10 days without milk," stated Panagiota Kalapotharakou, the leader of EKPIZO, "but the companies will feel the pressure of the boycott of a product which expires, and thus has to be thrown away."

Food prices are not the only financial burden on Greek consumers. According to a poll by the VPRC Institute, one out of ten Greeks has big problems paying rent, four in ten cannot afford holidays, and two out of ten have difficulty covering the debts on their credit cards. Adding to this gloomy picture, the public energy utility, DEI, is asking the government permission to raise prices.

Moreover, there are clearly less well-off families. If the official inflation rate stands at 4.4 percent, the real one, which affects lower middle class families, or in other words the majority of the population, is above 6 percent, because the major price increases involve the ten most basic products: bread, milk, heating gas, cheese, poultry, electric power, etc. These have been responsible for 70 percent of the price increases over the last months.

Some prosper in this crisis: companies that produce and sell food have registered revenue increases of 278 percent over the last year. The moral of the story? This summer, the tourist's beloved Greek salad made of tomatoes, cucumber, and feta cheese - ingredients whose prices have skyrocketed - risks becoming not a tasty side dish but the main course.